Police the gunman shot someone in the leg near the food court area and ran away. He then fired at an HPD officer in a parking garage. 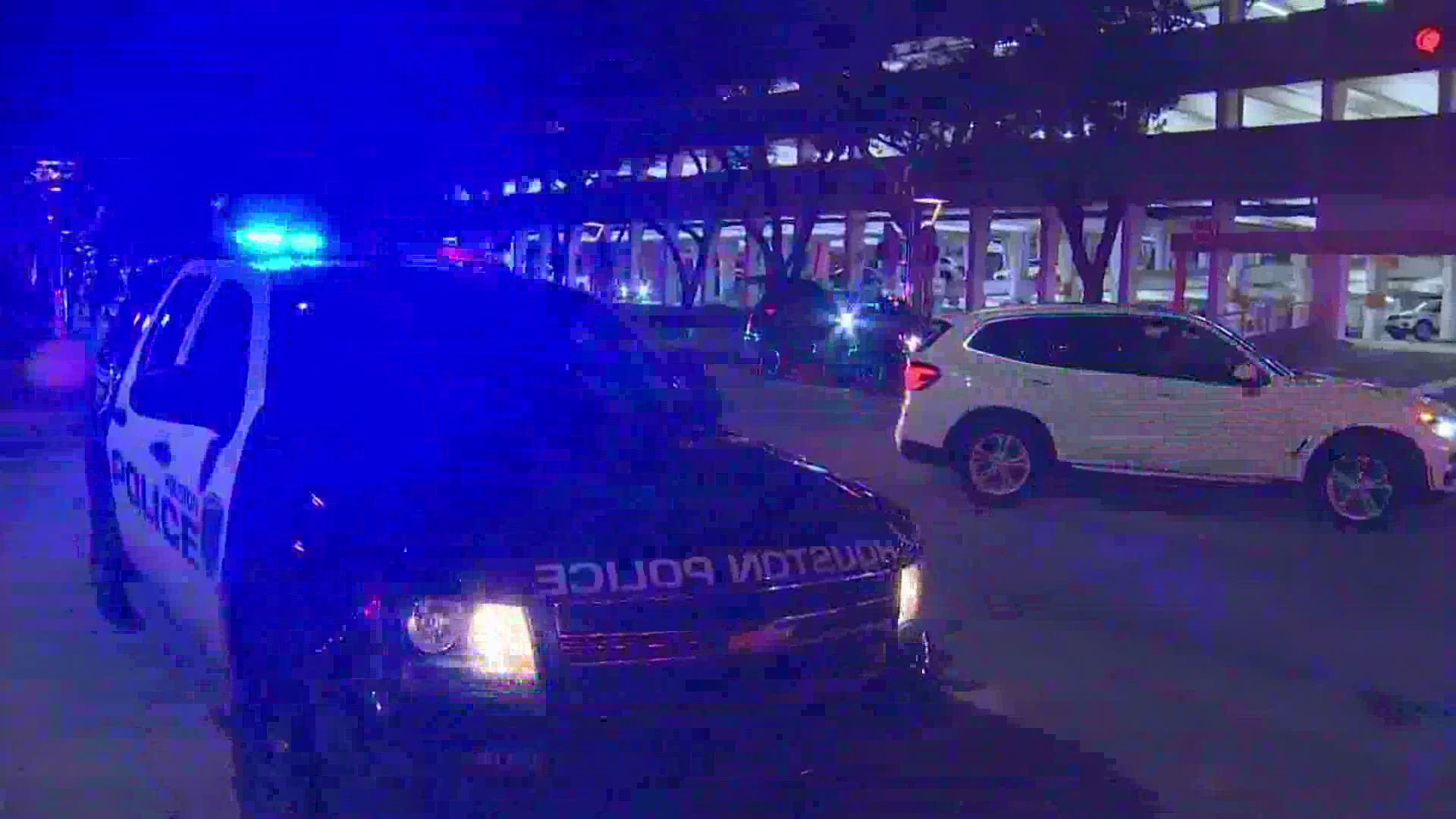 HOUSTON — Police are still looking for the gunman who shot someone inside the Galleria Friday night, prompting the whole mall to be locked down.

Police responded to the scene just before 8 p.m. near the food court.

Police said the gunman shot someone in the leg and then ran.

The victim was transported to a nearby hospital. The injured person has been identified as a 24-year-old man.

Investigators said the gunman then ran into a parking garage where he saw a Houston police officer and fired several shots at the officer.

Police said the officer took cover and fired back.

The officer, a 5-year veteran of the Houston Police Department who was working an extra security job, did not shoot the suspect.

BREAKING NEWS: One person shot inside the Galleria mall, per Houston Police Department. Search for the suspect still going on right now. Happened near the food court. 🎥

Police locked down the area near the Galleria to search for the suspect. After an extensive search, officers did not find him.

Police said there were no reports of any other injuries.

Anyone with information on the identity or whereabouts of the suspect is urged to contact the HPD Special Investigations Unit at 713-308-3600 or Crime Stoppers at 713-222-TIPS.