1 dead, 3 injured in shooting on Bourbon St. after suspect gets gun from security guard

A woman who was merely a bystander was shot and killed and the guard was wounded in the shooting on one of New Orleans' most iconic streets. 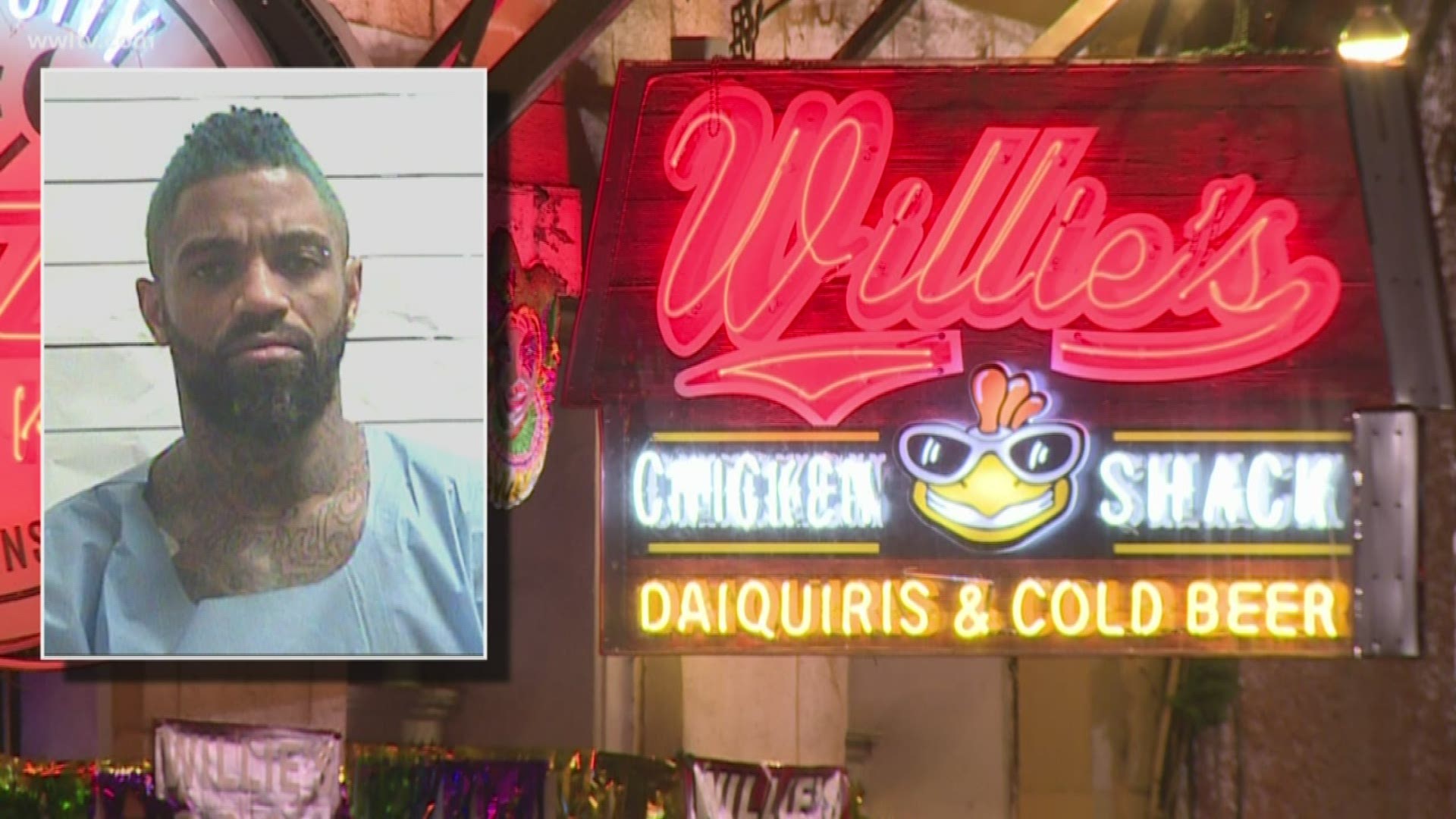 NEW ORLEANS — A man being removed from Willie's Chicken Shack on Bourbon Street got hold of a security guard's gun and fired several shots, wounding himself, killing a female bystander and wounding the guard. Another man was injured in the incident early Sunday morning, according to the NOPD.

Ferguson said the incident occurred when an armed security guard was trying to remove a man from the eatery and a struggle ensued.

The suspect then took the security guard's gun and began firing. A 36-year-old woman, later identified as Julie Couvillon, who was walking on Bourbon, was shot. She was later taken to University Medical Center where she died, police say. Couvillon was a registered nurse at Ochsner.

The security guard, the suspected shooter,  and a third man, walking on Bourbon St., were also injured.

The security guard was shot in the neck and the suspect struck himself in the shoulder during the incident.

NOPD originally thought the third man was shot, however police later said he was not injured by gunfire and was injured by something else during the incident.

Officers said they recovered the weapon and are currently viewing video of the incident.

Police say officers were in the area, heard gunfire, quickly arrived on scene and arrested Barnes.

The security guard was also taken to the hospital and is listed as stable. The third man was treated and released, Ferguson said.

Ferguson said said he is confident in the force's deployment.

"We have officers in every aspect of our city throughout this Mardi Gras season. We have all hands on deck and we showed tonight while working with our partners that we are here and we are ready and will not tolerate unnecessary gun violence," Ferguson said.

Last Sunday, five people were shot on Canal Street. The suspect in that incident was killed.

Ferguson said since Friday, NOPD seized seven guns off the street; five from Saturday night and two on Friday.

Mayor Cantrell said guns and weapons will not be tolerated in the city of New Orleans.

"We will continue to be proactive and we will continue to respond as necessary when these types of events do occur. Of course, we want to prevent them as best as possible but that comes to individuals coming to cause harm to others but if you choose to, we will not only are prepared but we will respond as necessary as demonstrated here this morning as well as demonstrated last week," Mayor Cantrell.

Barnes has a criminal record dating back to 2002, with prior convictions for various drug and gun charges, as well as burglary, according to Orleans Parish Criminal Court records.

More on this story is coming up on later editions of Eyewitness News.