Most of Buffalo Bayou Park was underwater on Wednesday as heavy rain pounded parts of Houston for hours, flooding busy roadways. 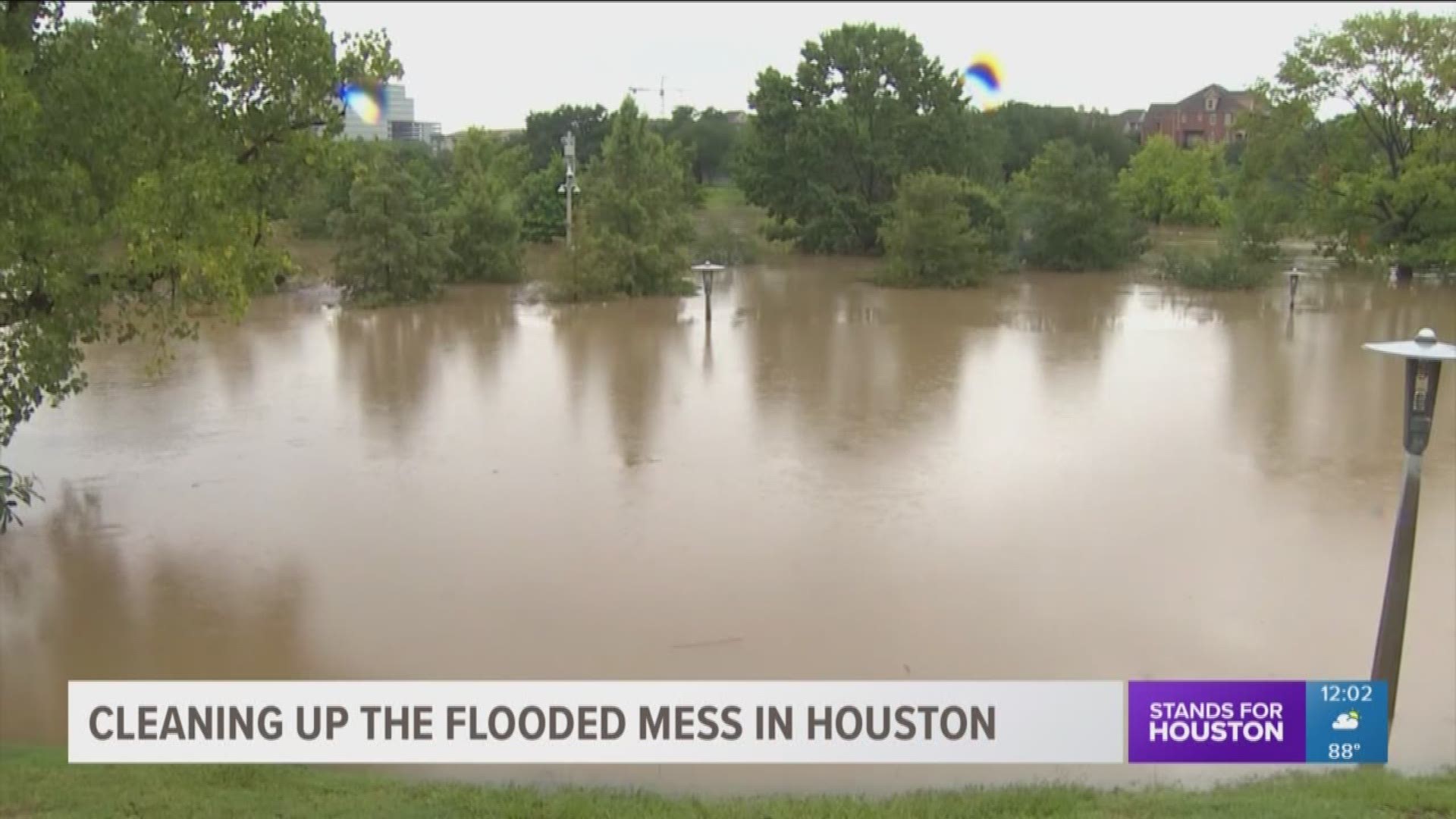 HOUSTON - Buffalo Bayou was hit hard by the storm on Wednesday, flooding parts of Allen Parkway, and Eleanor Tinsley Park.

Thursday morning, crews were busy cleaning up the muddy mess surrounding it.

Water around Buffalo Bayou has since receded and is now back within its banks, but more than 24 hours ago, it was a very different scene.

Most of the park was underwater on Wednesday as heavy rain pounded parts of Houston for hours, flooding busy roadways.

Dozens of stalled cars were spotted as folks tried to make the best of their rainy 4th of July holiday.

PHOTOS: Flood waters take over Houston, other counties for 4th of July

1 / 39
Flood waters take over the streets of Houston for the 4th of July. Viewer photos.

PHOTOS: Floodwaters take over Houston, other counties for 4th of July

Wednesday’s mess brought up one big question, is there a solution to Houston’s flooding problem, and a way to mitigate the damage?

To find out, we turned to flood expert, Christof Spieler, Project Manager for the Greater Houston Flood Mitigation Consortium.

“We can’t ever really solve flooding, with a landscape this flat, with this much rain, we will always have flooding. The question is how can we minimize the impact it has on people’s lives,” said Christof Spieler, Project Manager for the Greater Houston Flood Mitigation Consortium.

“What if you take people’s front yards and dig them down a little bit so they can hold just a little bit of water when it rains, so that water ends up in the yard, and not in the street, better maintenance, just cleaning up roadside ditches regularly,” said Spieler.

That water is then released slowly, after rain events like what we saw on Wednesday is over.

“What we’ve learned is to deal with flooding speeding up drainage is not actually helpful, if we try and get the water to flow away as quickly as possible, it creates the equivalent of traffic congestion, and causes more flooding downstream.” he said.

And despite parks around Buffalo Bayou flooding a couple times a year, when asked if it’s worth keeping and fixing each time, Spieler says absolutely, because the pros outweigh the cons.

One of them being, folks getting to enjoy the beautiful amenities.

Here’s another look @ Eleanor Tinsley Park. The beautiful sunrise 🌅 REALLY reveals the muddy mess left behind by yesterday’s flooding. This whole place was pretty much underwater. This morning, #BuffaloBayou is still high, but back within it’s banks. #khou11 #HTownRush pic.twitter.com/rfSxzE4xGZ