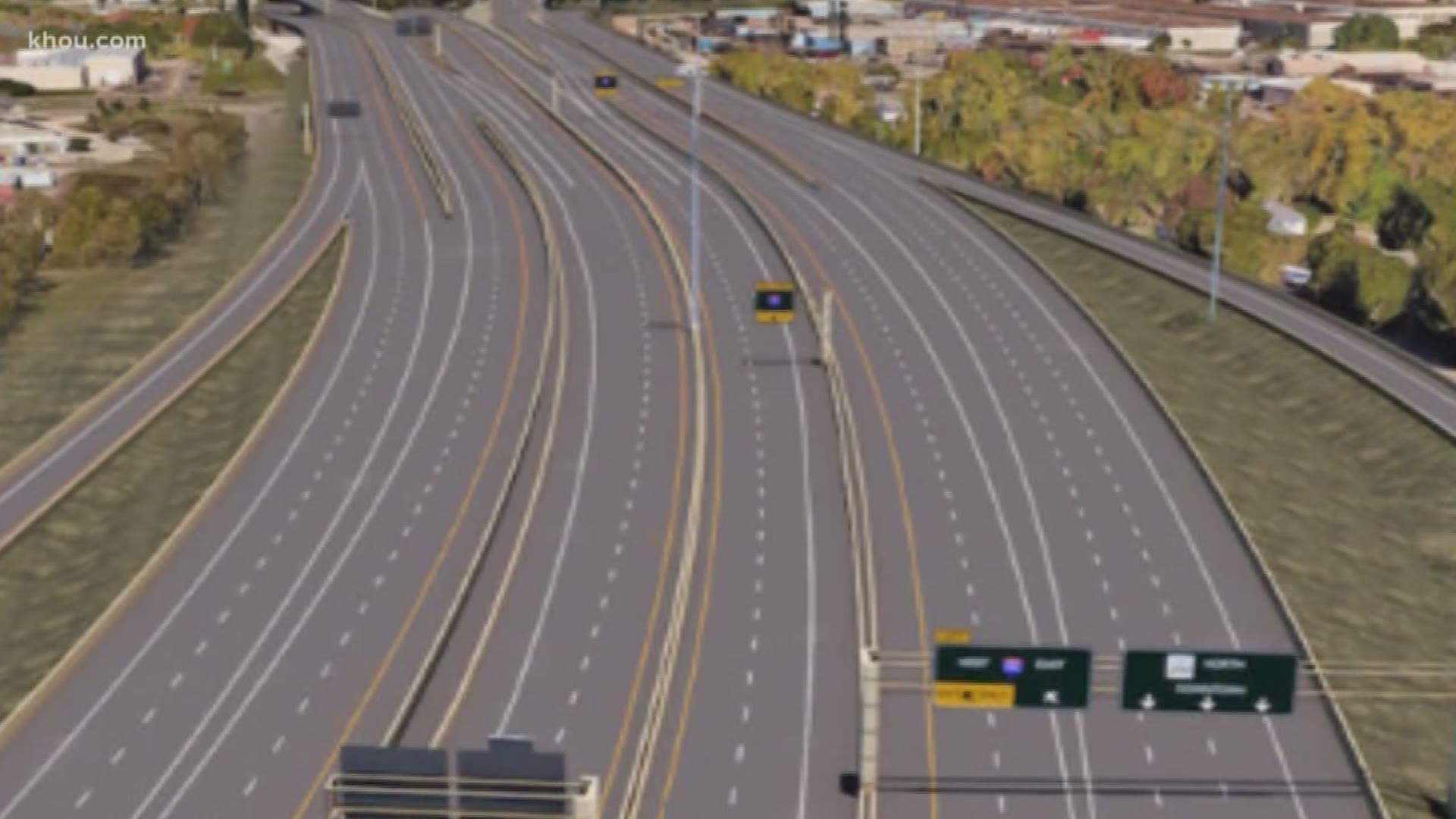 288 is undergoing a major expansion from Brazoria County all the way past the Texas Medical Center to the US 59 interchange.

Once complete, four new express toll lanes will flow in each direction between outside general service lanes.

That should make the commute for thousands of people from the Pearland area and beyond much easier.

The expansion includes re-configuring the interchanges of 288 and the 610 Loop as well as Beltway 8.

But getting qualified laborers to do the work has been a challenge along with securing steel needed for so much of the infrastructure.

But those overseeing the project blame rain for delays more than anything.

"Certainly, you know, it sounds like a long time ago, but Harvey certainly hit us pretty hard," said Edwards. "And then we had Imelda.”

Edwards said each full day of rain equates to multiple days of delays.

And that's especially true when dirt needs to be excavated.

"We are anticipating opening in the summer of 2020,” said Edwards.

“I’m ready for it to be over with," said driver Rhett Trahan.  "I drive over 100 miles a day and get tired of all the traffic."

Edwards said some of the new lanes may open before next summer.

Meanwhile, the expansion happening in Brazoria County is being managed by another company.

Keep up with both sections by clicking these links: