Thanksgiving distributions feed thousands, but help is available every day

Several groups hosted distribution drives Saturday, but if you missed it, the Houston Food Bank says they offer smaller distributions on a daily basis. 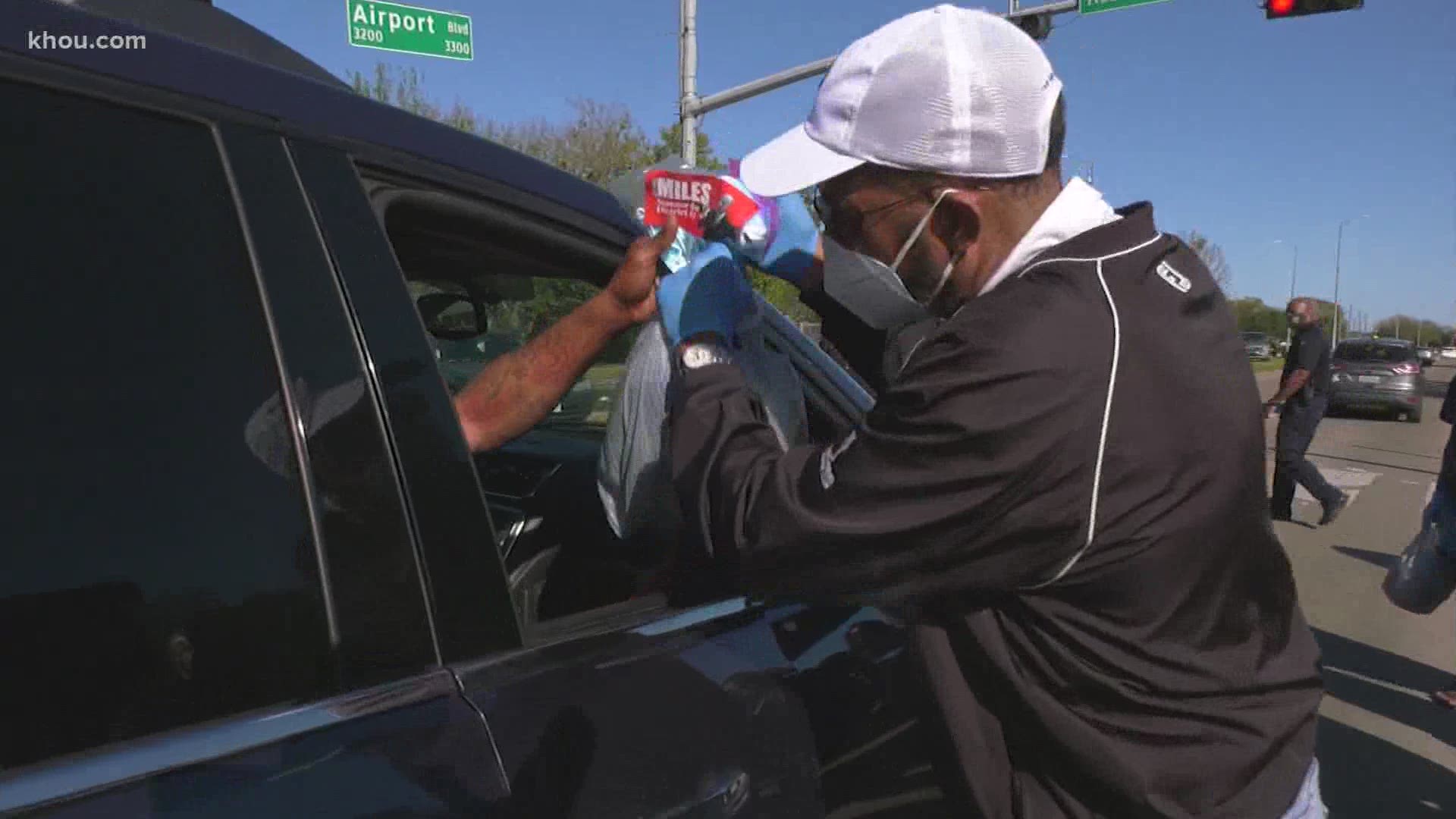 HOUSTON, Texas — Hundreds of families waited in line, some for hours, just to get free food ahead of the holidays.

Several groups hosted donation drives Saturday, but the Houston Food Bank says you can get that help any day.

The distribution events spread from Missouri City to South Houston.

“Over one day, we give 1,000 turkeys all across our district," State Sen. Borris Miles said.

“We have already fed over 200 families," Congressman Al Green said.

There was even one at NRG Park.

“We’ve been averaging out about 3,700 families on Saturdays, and today, I think we hit over 7,000," President and CEO of the Houston Food Bank Brian Greene said.

Thousands of pounds of food, including thanksgiving turkeys were handed out across the city Saturday. Even HISD stocked their students with enough food to last all break.

The Houston Food Bank says they’re handing out, on average, 800,000 pounds of food every day. That’s nearly double what they were handing out this same time last year.

They say while this is bad, the need was even worse over the summer, and, holidays or not, that need is always there.

“The reality is these families are struggling day to day, but because it’s thanksgiving, that doesn’t make it actually that much worse," Greene said.

RELATED: Where you can get free Thanksgiving meals in Houston area

The food bank is having another super site distribution on Tuesday near IAH, but Greene says these large scale giveaways are only a small part of their every day efforts.

“The real work is daily, and it’s done by hundreds of area charities that are trying to step forward to help their neighbors," Greene said.

He says those smaller scale distributions are available on a daily basis.

To find them, visit the food bank website, https://www.houstonfoodbank.org/. Under the 'find help' tab, click 'find a food pantry near you.'

“And you can see all the distributions that are happening every day. There are just hundreds of them," Greene said.