The playhouse provides a safe space for children, and is part of CASA’s Kids Helping Kids campaign. 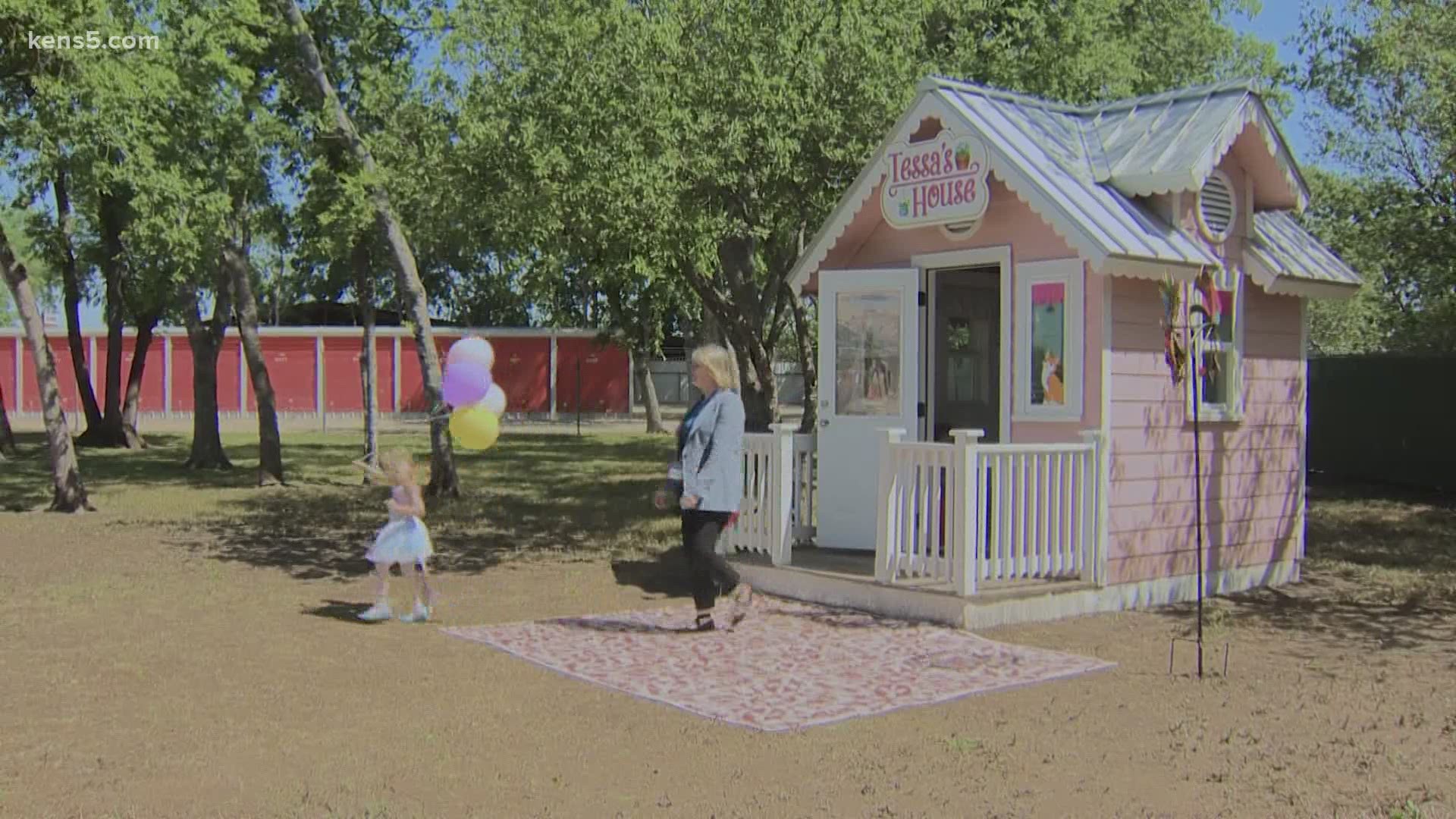 Tessa Kowalski was given the playhouse originally by her great-grandmother, Rosemary Kowalski. But then Kowalski family decided they wanted the playhouse to be available to foster care children after some conversations with Tessa.

Tessa’s mom, Jamie Kowalski, said the 4-year-old girl is carrying on a long-standing tradition of giving back to the community that her great-grandmother Rosemary started 75 years ago, shortly after starting catering and venue management company RK Group.

“75 years ago, she started it giving little platters of food to churches as donations,” Kowalski said. “That’s where that tradition began, and this is what it’s become today four generations later.”

CASA President and CEO Angela White said children cannot heal unless they feel safe. She says the new addition will help in the regard, providing a safe haven for youth who have experienced abuse and neglect.

“They can come here with their advocates who we serve, and for the children to come hang out, relax, have a bit of a playdate,” White said. “And then, hopefully, they’ll be able to talk more easily about what troubles them at the moment.”

Tessa’s House will be a permanent addition to CASA’s courtyard. It's the first piece of an outdoor play area CASA will eventually add onto for children and advocates to enjoy together.

“The children we serve don’t have a lot of these opportunities oftentimes,” White said. “So for them to know another little girl wanted them to have this, it's priceless.”