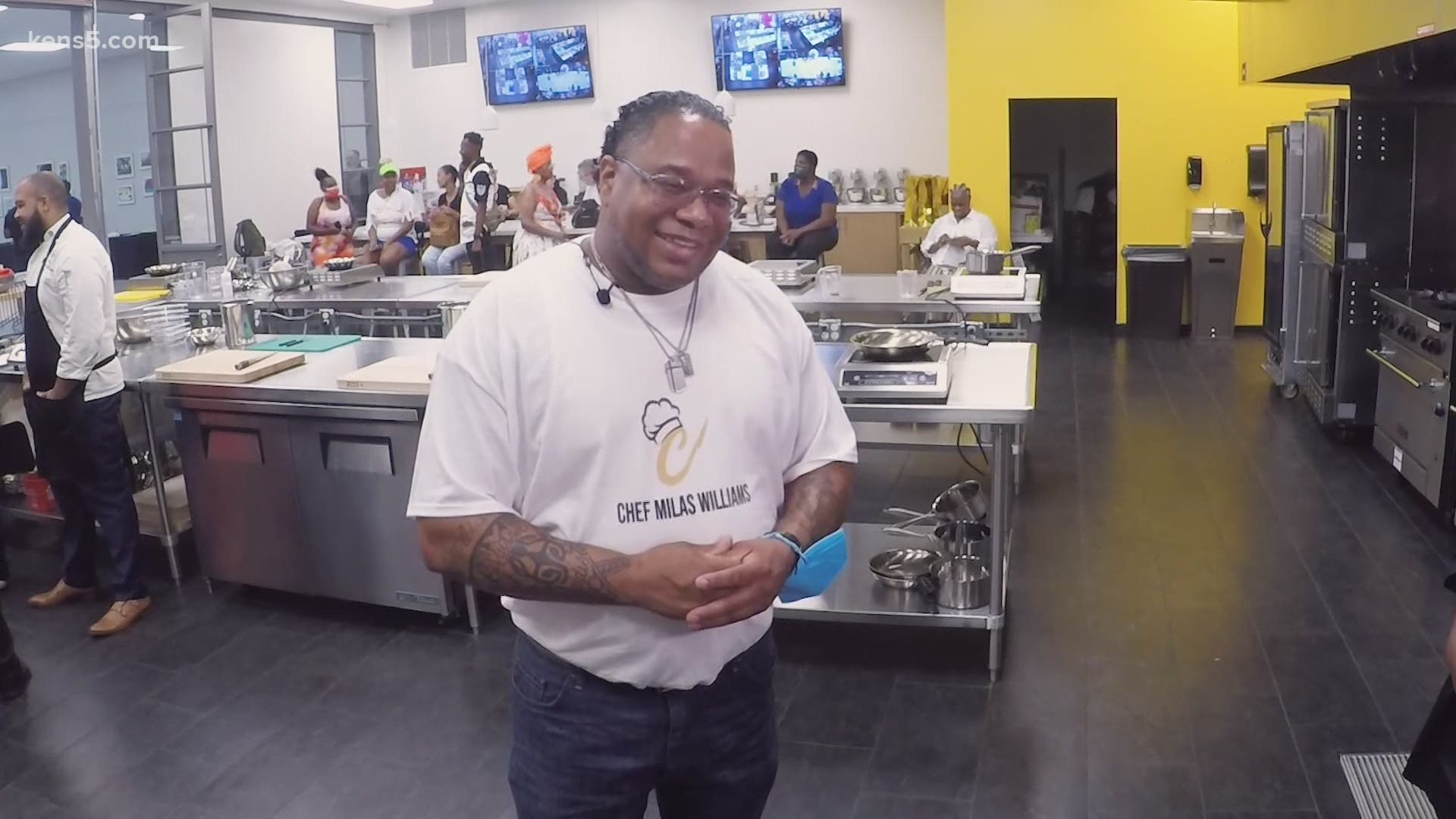 SAN ANTONIO — This story doesn’t start from the beginning, but halfway through the life of a man who had a vision that turned into reality.

“Of course, when you have a crazy idea, no one’s ever going to believe you,”  Williams said.

This story is not so much about the success of the competition or the kids participating in it, but the process it took Williams to get here.

The idea was born while he was serving 15 years for aggravated robbery.

“Cooking found me while I was young and going into incarceration with my brother. I’ve been released for about eight years now and I wanted to give back to my community,” Williams said.

It was in prison that he discovered a love for cooking, and he began working to perfect his new passion. He decided when he got out, he would make the rest of his life the best of his life, letting cooking lead the way.

Which led to the idea for this competition.

“I’ve been working with Milas Williams for the last eight years, and it’s an exciting appearance watching him bring these children up into this competition so that we can help grow them into a position where they want to be excited about cooking,” Executive Chef David Gates said.

The culinary competition judges the young cooks on food taste, presentation and cooking skills. Kids between the ages of 10 and 17 get the full professional chef experience when they come to compete.

It's something Williams never got when he was younger. Which is why he’s using his second chance at life to help make these kids' first chance count.

“It takes people believing in you," he said. "It took my family believing in me. It took my employers and chefs who believed in me, because the things they gave me as a chef I have to now give it back."