Family, friends and complete strangers hosted a vigil for the beloved bike rider with an infectious smile. 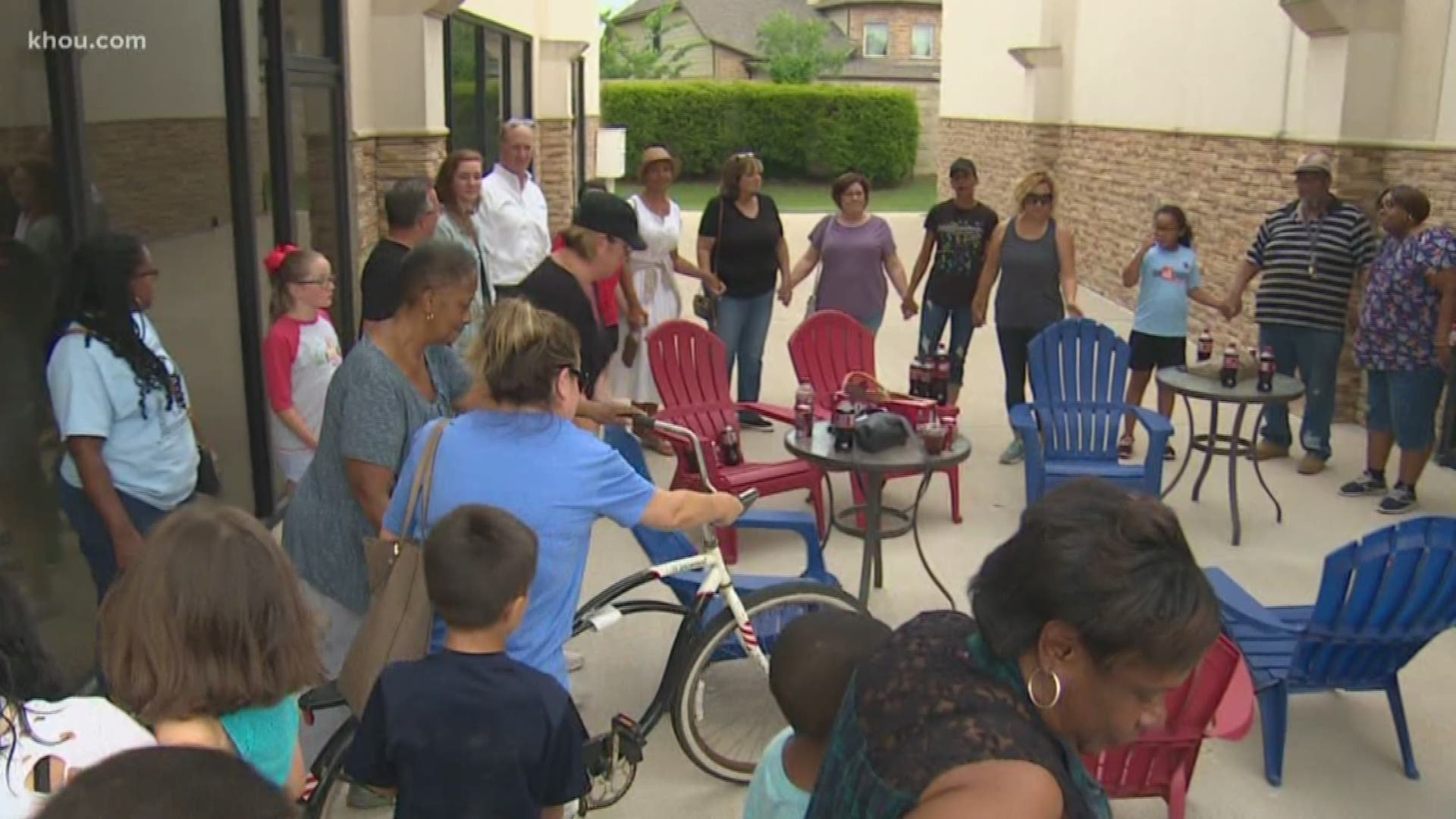 FORT BEND COUNTY, Texas — At the center of complete strangers, friends and family was the last bike Louis Butler rode before he died Monday.

Outside Handlebar Cyclery in Richmond, people shared their stories of when they crossed paths with Butler and what it meant to them. Often every encounter ended with a photo that was later posted on the popular Facebook page, "The Wonderful World of Mr. Louis."

For Butler's family, they say they never knew so much support existed for their brother.

"He liked to roam and travel on his bicycle. That was one of his most important hobbies was riding his bike," said Butler's sister, Versie Thomas.

Having a bike in one hand and a Dr. Pepper in the other became Butler's trademark. Capt. Mike McCoy of the Fulshear Police Department says the man who didn't have much, almost always had a smile.

“We used to get many calls at the police department about Louis and how they could help and what they could do for Louis. But Louis just wanted to ride his bike,” McCoy said.

The 68-year-old was found unresponsive outside Wessendorff Middle School Sunday evening and later died. His death is still under investigation, according to the Rosenberg Police Department.

Community members say they will be collecting donations through Butler's Facebook page with the intentions of paying for his funeral expenses.

'It's a good feeling': High school students give up summer break to repair homes

Officer Abigail presented with gifts and surprises from Freeport police