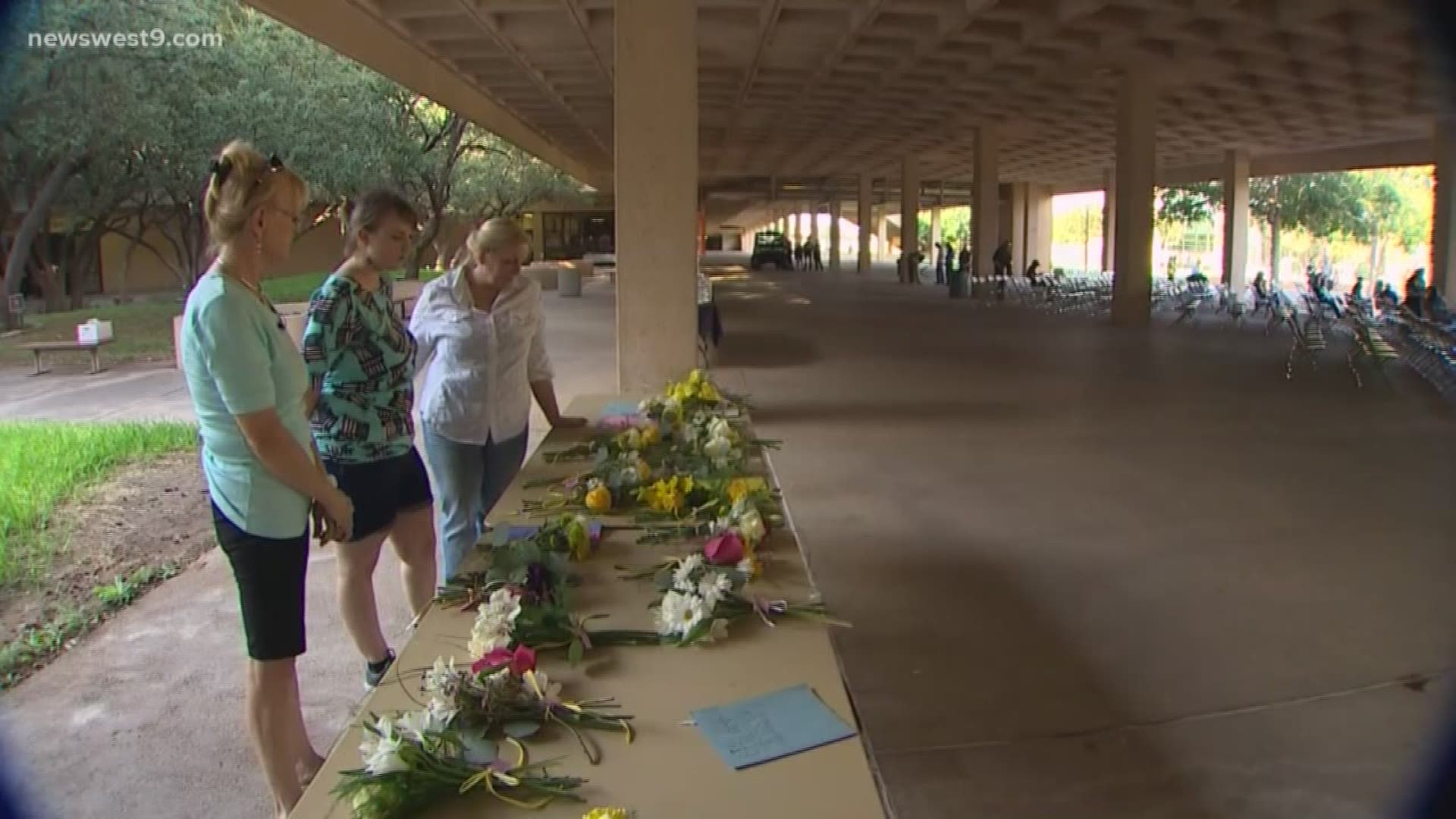 ODESSA, Texas — Hundreds gathered at the University of the Permian Basin for a vigil Sunday, proving in dark times a little bit of light goes a long way.

For Lenora Fisher, that light came in the form of flowers and messages of faith.

"We're fortunate our families weren't involved. But my heart hurts for them. Just gotta pray for a lot of people," said Fisher.

At the vigil, people gathered to pay respects and honor the victims.

"It's about serving the community helping those in need, proving that we are Permian Basin strong," said Carlos Trejo-Fuentes.

Some thinking about the message they send.

"This is such a wonderful community, to have a tragedy like this hit, it impacts all of us from Arts Community to Law Enforcement Community, I think we're all numb and looking for some sort constructive positive message to send out about who we are but also for ourselves, that this will not define us. Knocked us down but will not define us."

"We were more than best friends. Thought of each other as sisters," said Yasmine Natera, who came for Leilah Hernandez – one of those killed.

"That was my other half," Natera said. "Always thought of each other as peanut butter and jelly."

The two celebrated her quinceanera just months ago.

Which is why she will not remember her for her death – instead, she'll celebrate how Leilah lived.

"Her kindness. Happiness she spread to everyone. Even the people she didn't know. Because that's how she was. And that's how she would want the world to be. She did not deserve that but it just happened," Natera explained.

On this dark day in Odessa – words fail.

"To our fallen citizens, may wind always be at your back, sunshine at your back – rain softly on your fields. And until we meet again, may God hold you in his hand," City of Odessa Mayor David Turner.

But by gathering together – these people are determined to be a light.

"We will get through this tragedy but moving forward one day at a time, one month at a time, one year at a time. We will show our beloved state and nation what it means to be Permian basin strong," said Mayor Turner.

RELATED: These are the names of the victims in the Midland-Odessa mass shooting