Team Rubicon is planning to re-build 100 homes in Houston over the next 2 years. 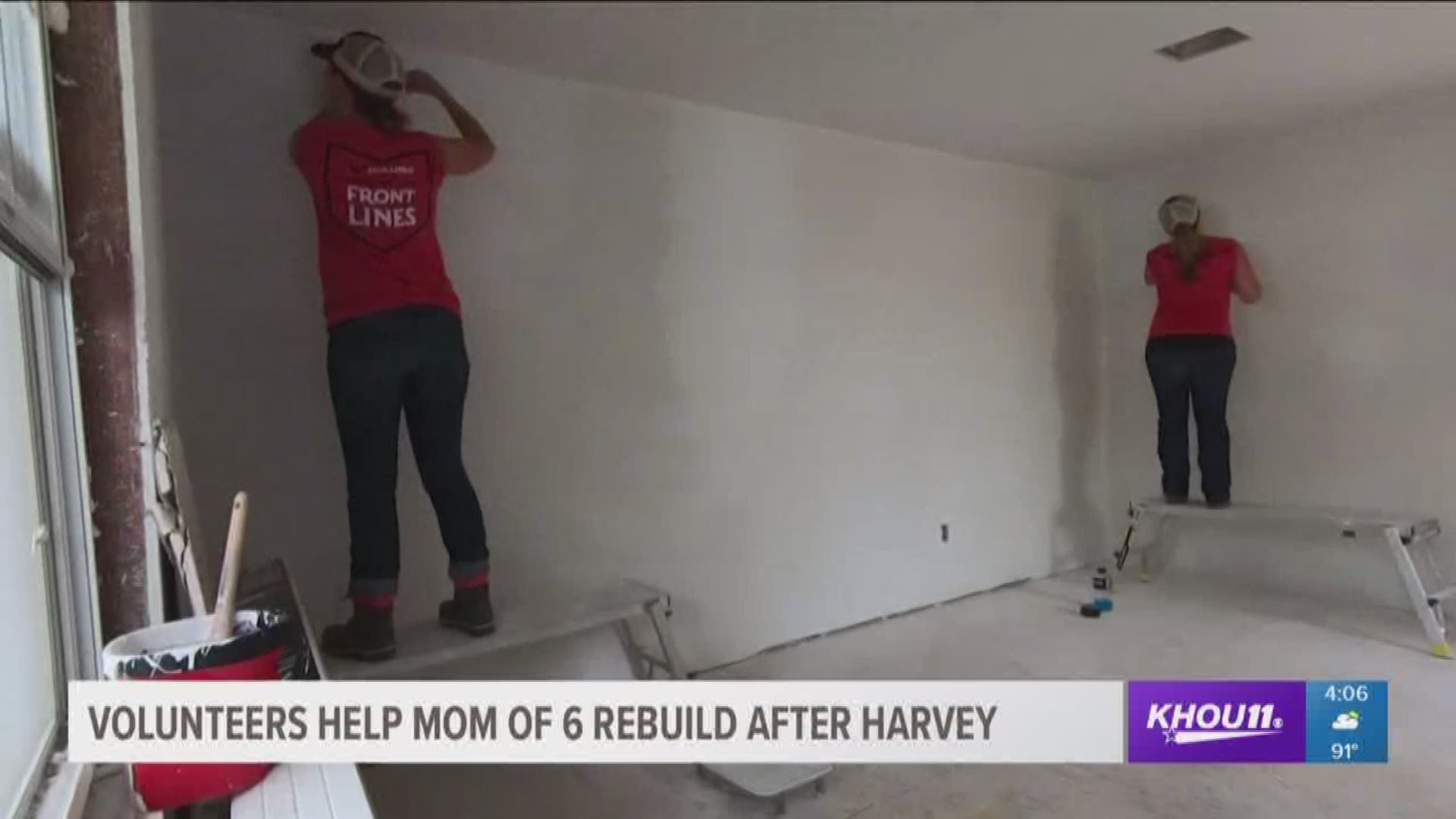 Lula Maxey can’t help but smile while walking around the newly re-done rooms at her home on Elm Tree Drive.

“I was glad to see the process, they have been doing a good job,” Maxey told KHOU 11.

The house that she lived in for 56 years, in the Sunnyside section of Houston, is where she raised six children.

It was destroyed by Harvey floodwaters 10 months ago. Maxey’s daughter says she is relieved to see there’s no trace of the damage now.

“We get to come back and have Sunday dinners like we used to,” says daughter, Angela James.

The home is being re-built with the help of “Team Rubicon,” a non-profit organization made up of military veterans.

“We came in, gutted the home, pulled out all the flooring, all the electrical, and all the dry wall out,” says CEO and Co-Founder of Team Rubicon, Jake Wood.

“When we were down here immediately after the storm, we helped 1,100 homeowners muck and grate their houses, and there’s still tens of thousands of people who need significant help with their homes,” he said.

The group is in the process of re-building 6 homes, with roughly a $39,000 budget for each structure. Workers are re-building, keeping future storms in mind.

“All our outlets are 3 feet off the ground, so in future cases, if it does flood, dry wall might need to be replaced, but they won’t need electric, or HVAC done again,” says on-sire construction manager, Matthew Ramirez.

Team Rubicon is planning to re-build 100 homes in Houston over the next 2 years.

To help make that happen, it’s partnered with beef jerky company, Jack Links. The food happens to be a favorite of military members, who are deployed overseas.

“Our goal for the “Fueling the Future” campaign, is to raise $400,000,” says Tim Goldsmid, the Vice President of Marketing for Jack Links.

Goldsmid says the money donated by customers, as well as the company’s own contributions, will be given to Team Rubicon at the end of the summer.

With Hurricane Season upon us, the Maxey family is “staying positive,” and hoping future flooding doesn’t displace them once again.

“We gotta take it as we go each year,” Angela James said.