Professional chef Phillip Alexander and his 7-year-old son are gaining hundreds of viewers less than a month after starting Cooking with the Phils on Facebook. 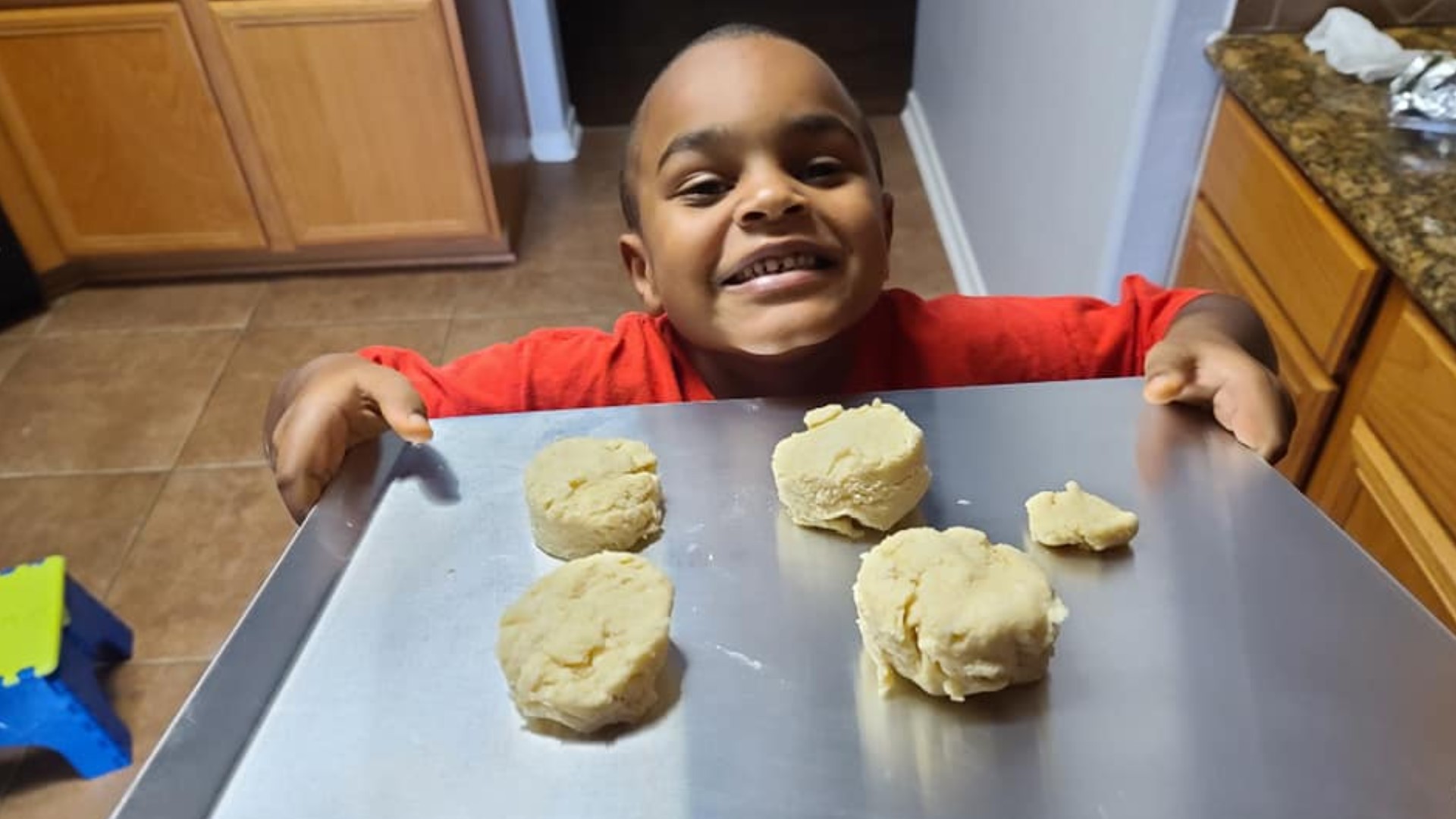 CYPRESS, Texas — Meet Phil and Phil! The father/son duo is teaching people how to cook, and their neighbors can’t get enough. Phillip Alexander and his son, Phil, launched Phil’s Table on Facebook on Father’s Day weekend.

In the videos, Alexander, a professional chef, walks his son through recipes.

“My favorite thing to do is waffles and pancakes,” said little Phil as he listed his favorite foods. “Pizza, waffles, and also cinnamon rolls and chicken.”

The Alexanders moved to Cypress from Detroit, Michigan six years ago. They were looking for more opportunities and better schools for their child. Alexander owns and ran Baby Jr Coney and Grill inside the West Oaks Mall. He had to close the restaurant in March because of the pandemic.

He's looking for other locations to jump-start his business. But, in the meantime, he's taking advantage of the extra time with his son.

“I definitely expected to teach him how to cook,” Alexander said. “I learned how to cook when I was younger. But, I couldn’t imagine that he would have such a fire for it at his age.”

Little Phil saved up to buy a grill. His Facebook viewers sent him spices and a Dutch oven.

“Along with the Dutch oven, he’s super excited about having his own parchment paper sheets,” Alexander said.

Cooking is helping Alexander’s only child learn patience, fractions and how to follow directions.

“We do want to say thank you, though, to all of those who have invested in him,” said Alexander of all the strangers who are showing support for his son’s show.

Like neighbor Christine, who used Nextdoor to tell us about the Phils.

“Even though these are crazy times, there can be a silver lining,” Alexander said. “There can be a moment of joy. And, celebrate the little times you get to spend with each other.”

What could you love more than that?

RELATED: Sugar Land girl creates book review vlog as a way to express herself, connect with kids during the pandemic