'It's a good feeling': High school students give up summer break to repair homes

The students are giving up part of their summer break to fix up homes for those in need. 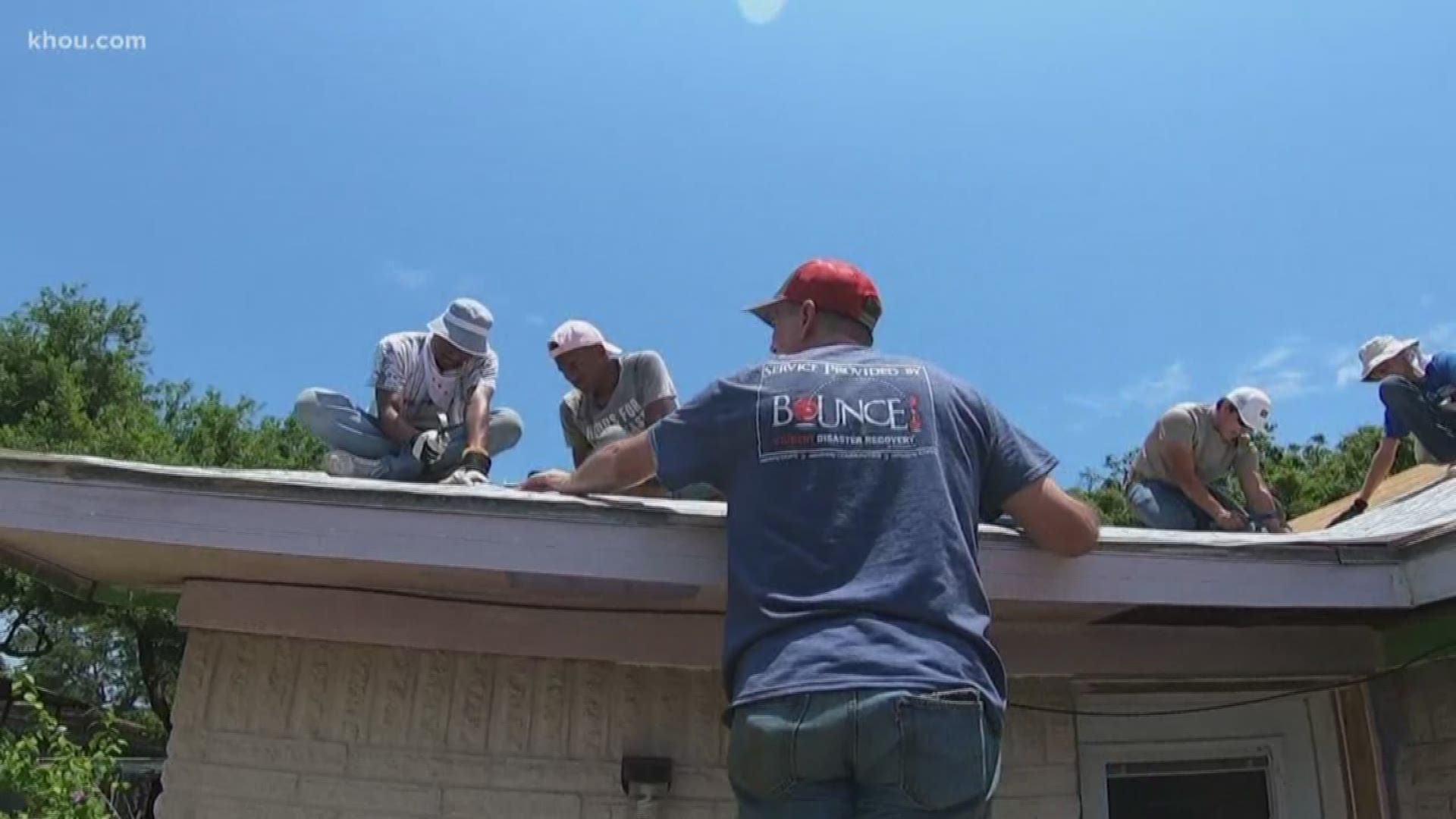 HOUSTON — More than 100 students from around the state are hard at work this week in the Houston area.

They’re giving up part of their summer break to help fix up homes. They say giving back beats a trip to the beach or anything else.

“I’ve de-shingled the roof with other people and worked on putting shingles back on,” said 17-year-old Isaac Washington of Lewisville, Texas.

He’s working on a home in Baytown with others from a group called BOUNCE Student Disaster Recovery.

“It’s just a matter of when are you going to do something that’s helpful, rather than why or how,” said Washington.

There’s no question about how much former chemical plant worker and Navy vet Howard Skipper appreciates the help.

“Oh I was overjoyed,” said Skipper.

Fixing his leaky roof and other Harvey-related issues was beyond his abilities and budget.

“It gives you a greater sense that God is still working and he’s still touching lives,” said Skipper. “And creating miracles.”

All of the students’ work is done under the supervision of adults who said they’re always impressed.

That’s something that far exceeds the actual repairs.

“It’s a good feeling to have,” said Washington. “Helping somebody.”

Find out more about BOUNCE here: