There was a lot at stake for Aubrey Fontenot, but that didn't stop him from taking the time to hear from the young man bullying his son at school. 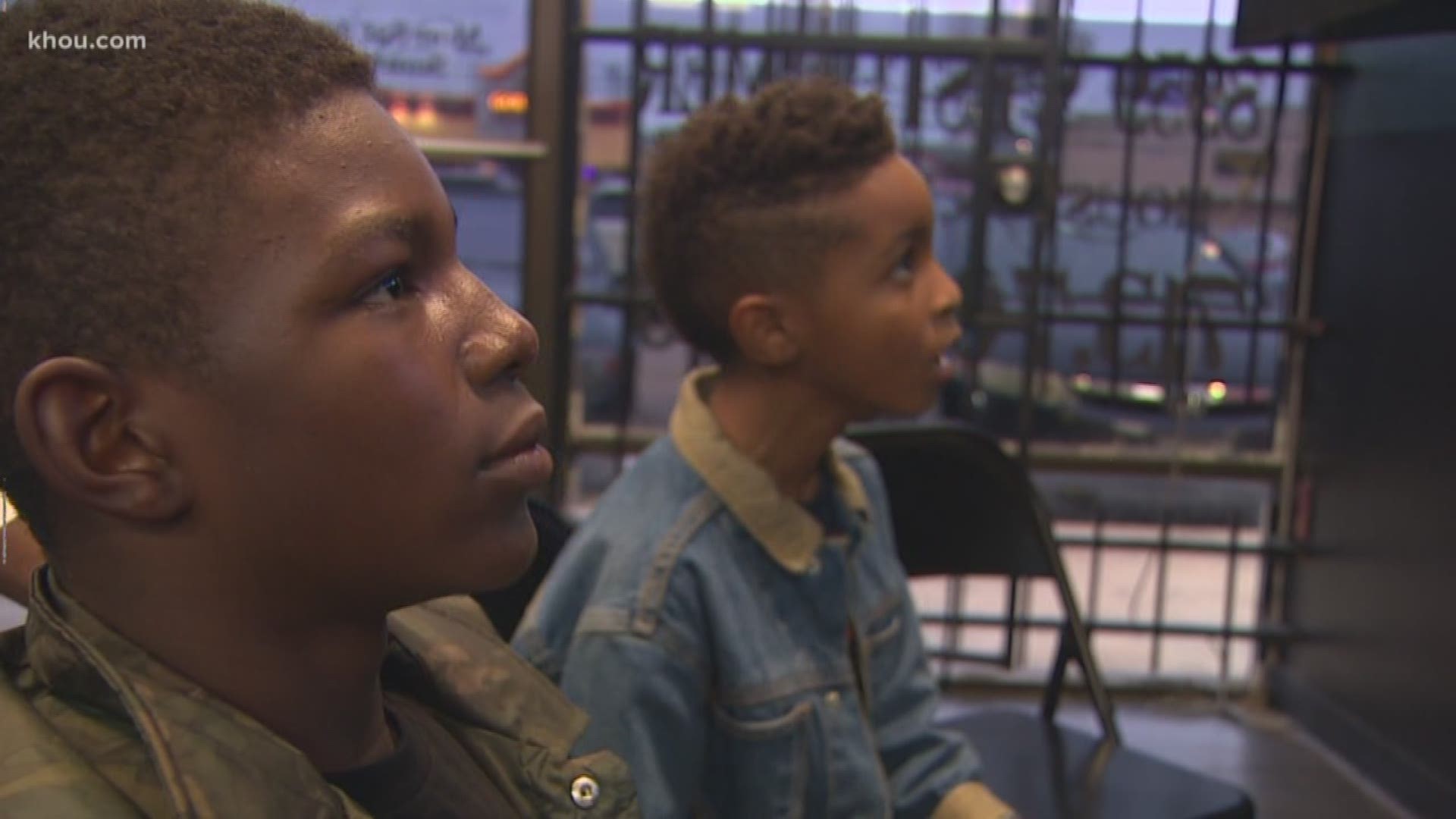 HOUSTON — A Houston father chose kindness instead of anger when confronting his son’s bully, and their adventure has now been shared thousands of times.

There was a lot at stake for Aubrey Fontenot, but that didn’t stop him from taking the time to hear from the young man bullying his son at school.

In a video that’s gained thousands of likes, shares and comments, Aubrey took Tamarion on a ride to ask what was going on between him and Aubrey’s son Jordan.

The response was not what Aubrey expected, as the young boy revealed he too was being bullied at school.

Aubrey says the school hasn’t done much, but teachers did imply there may be something Tamarion isn’t sharing about his home.

A phone call to Tamarion’s mother and Aubrey discovered things were difficult for the family trying to find stability. That was all Aubrey had to hear.

As if buying for his own son, Tamarion got new clothes and new shoes. The Twitter video shows a reserved smile on Tamarion’s face, but that didn’t last long. The two laughed, smiled and even sang their way through the trip.

spent some time with my sons school bully yesterday .. just to dig a little deeper on”why?” .. come to find out he was being bullied for not having clean clothes n clean shoes.. I asked “why?” .. just to find out that his family is currently homeless🤴🏿♥️🙏✊🏽I had to do Something pic.twitter.com/IY29lgChqY

Once Aubrey brought the two kids together, awkward is probably the best way to describe what happened next.

Sitting across from one another, they had nothing to say -- until the camera turned off.

“One kid said one thing, another kid said something. I said we need to settle this stuff like men,” Aubrey said.

Aubrey never had a playbook for what to do in these situations, considering he was bullied himself as a child. Interestingly enough, it’s that very perspective that makes him understand why it’s so important to just listen.

“It taught me something. I was angry at first, then I said let me try something different,” Aubrey said.

At Aubrey’s tattoo parlor off Westheimer Road, you’ll find the two kids playing video games and sharing a controller. It may not seem like much, but believe me, sharing (a controller) is caring.

When asking Jordan if the two are now friends, he says they’re more than friends.