As the world watched chaos at the US Capitol, many Americans began to question the difference in law enforcement response compared to Black Lives Matter protests. 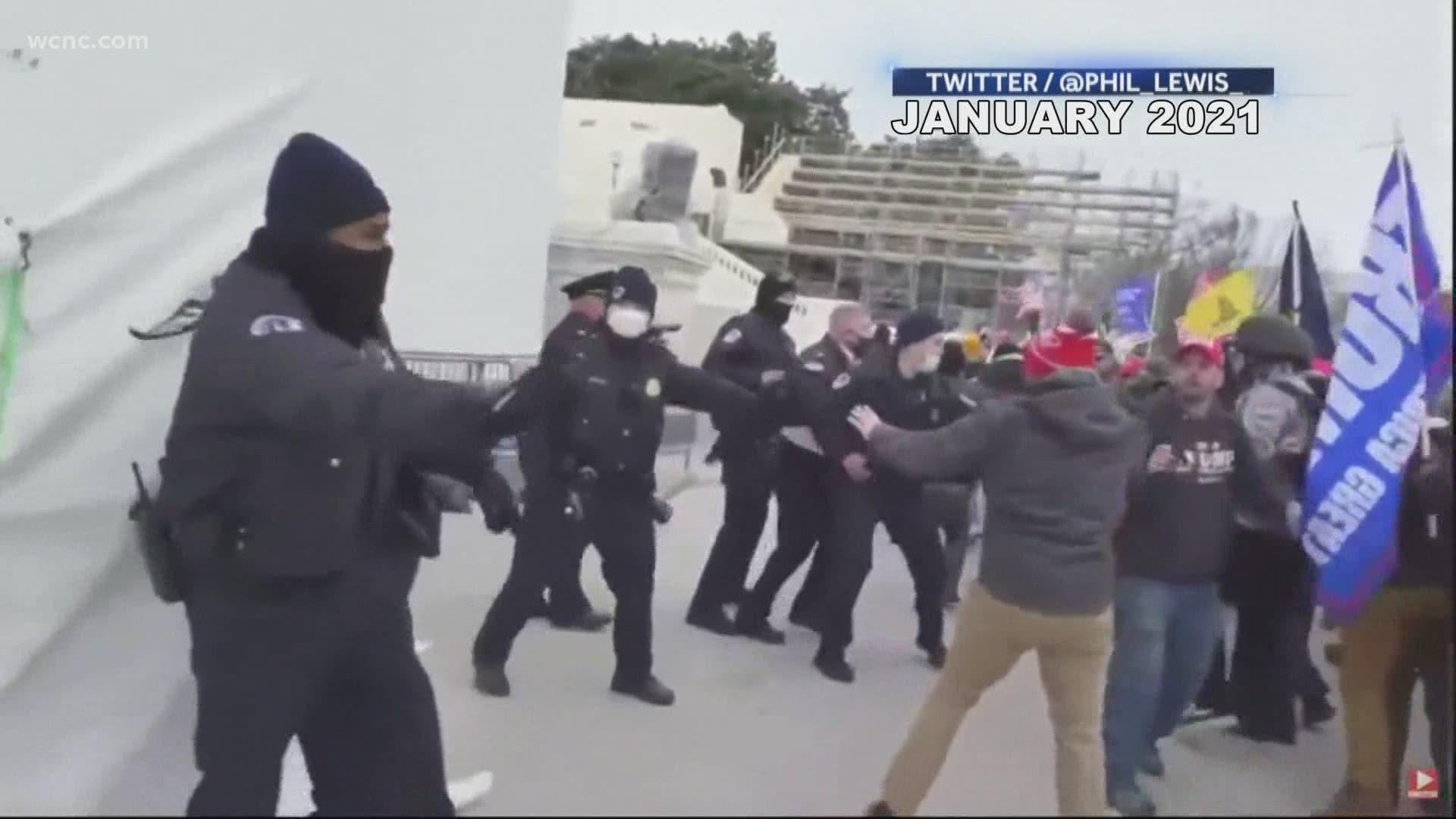 WASHINGTON — As the world watched chaos unfold on Capitol Hill Wednesday, when pro-Trump extremists stormed the most secure areas of the House and Senate chambers, many people began reflecting on the Black Lives Matter protests from last summer.

The biggest and most obvious difference? How law enforcement responded to the two groups.

In June, following the death of George Floyd, an unarmed Black man in Minneapolis who died in police custody, Black Lives Matter protests erupted nationwide. At many of these protests, including demonstrations in Washington D.C., protesters were tear gassed, shot with rubber bullets, arrested and physically stopped from protesting.

WATCH: Tempers flare in the US House chamber as Republican lawmakers shout over Rep. Conor Lamb, temporarily causing benches to empty, for accusing Republicans of lying about why President Trump lost Pennsylvania. pic.twitter.com/WsOQJtyiUb

On June 1, President Trump announced he would "deploy the United States military and quickly solve the problem."

However, during Wednesday's armed insurrection by Trump supporters at the Capitol, the president released a video calling for peace while repeating false narratives of widespread voter fraud. During the message, Trump told the rioters, "we love you," and called them "special."

Meanwhile, live footage of the event showed law enforcement taking selfies with rioters, helping them walk down the steps and appeared at times to show no resistance in allowing the crowds of rioters inside the Capitol building.

My team and I are safe. I am in disbelief. I can’t believe domestic terrorists are roaming around inside the Capitol.

I’m remembering being brutalized and treated like a domestic terrorist just for protesting to keep my people alive.

Now, Americans are calling for answers to what is being called a hypocritical response by police. Rep. Cori Bush, a Democrat from Missouri, says the incident shows the blatant difference between Black Lives Matter protesters and pro-Trump extremists, and says it should be called what it is: "white supremacy and white privilege."