There’s been an outpouring of support for a Muslim restaurant owner in Galveston. 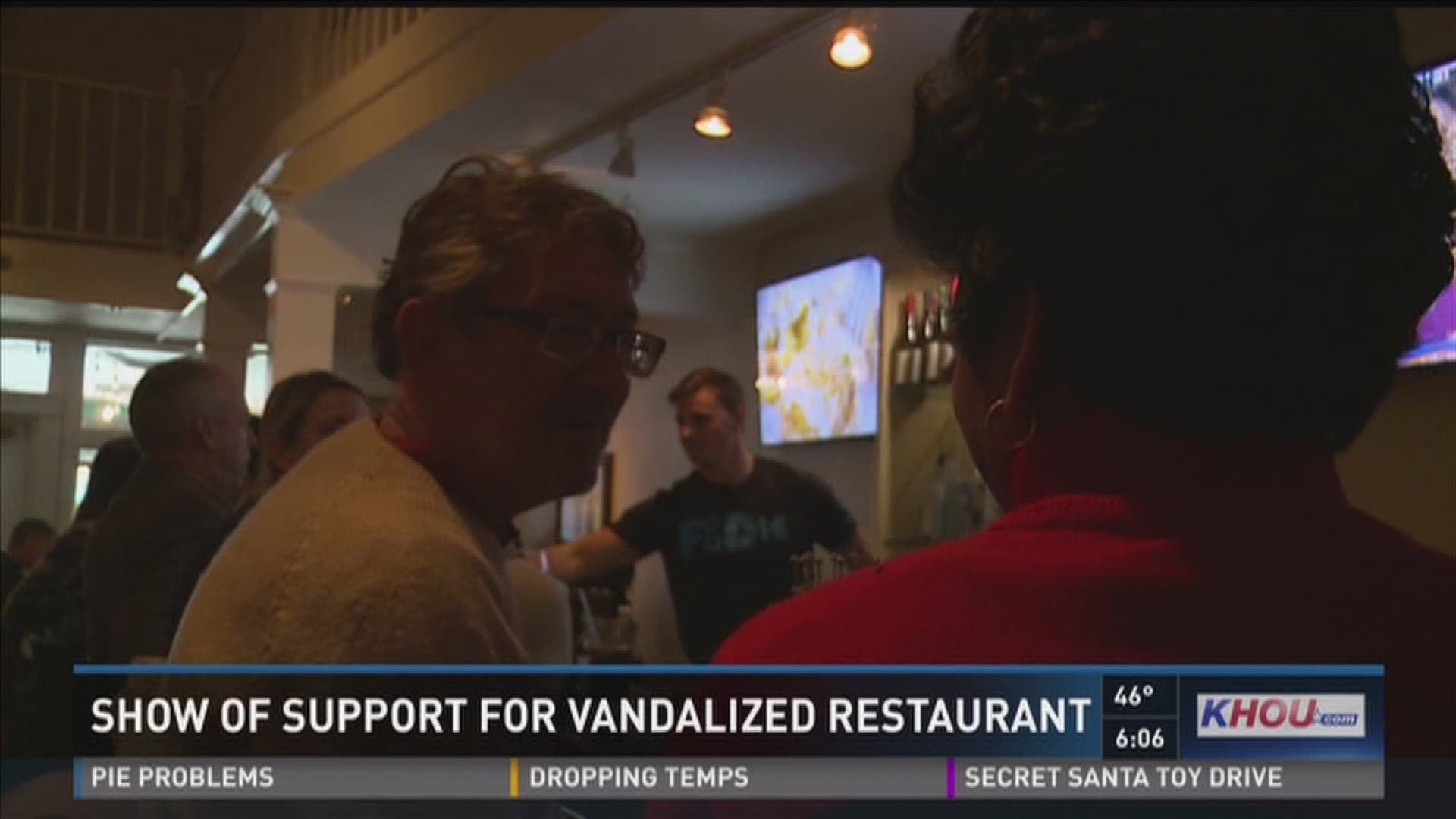 GALVESTON, TEXAS -- There’s been an outpouring of support for a Muslim restaurant owner in Galveston.

Bacon is a food prohibited by his faith.

However, the anonymous show of disrespect on the outside of the restaurant inspired the opposite inside on Thursday.

Residents put their money where their mouth is to show the owner he is welcome in Galveston.

“We’re a very diverse community, and I did not think that we would have folks that could express such hatred in this kind of community,” said Monica Wagner.

“I thought it was very important for me as a Muslim to not only support my fellow Muslim brother when he’s harassed, but also to support him as a human being for being hurt,” said Ali Mahmoud, who organized the show of support.

By lunchtime, the Indian fusion restaurant was packed. Even more UTMB students planned to fill the restaurant for dinner.

“Whenever someone tries to intimidate or bully someone else based on their race or religion or anything else that’s a part of who they are, that behavior won’t be tolerated,” Mahmoud said.