An Alamo City man has volunteered to help look for clues about where Juan Santiago may have gone. 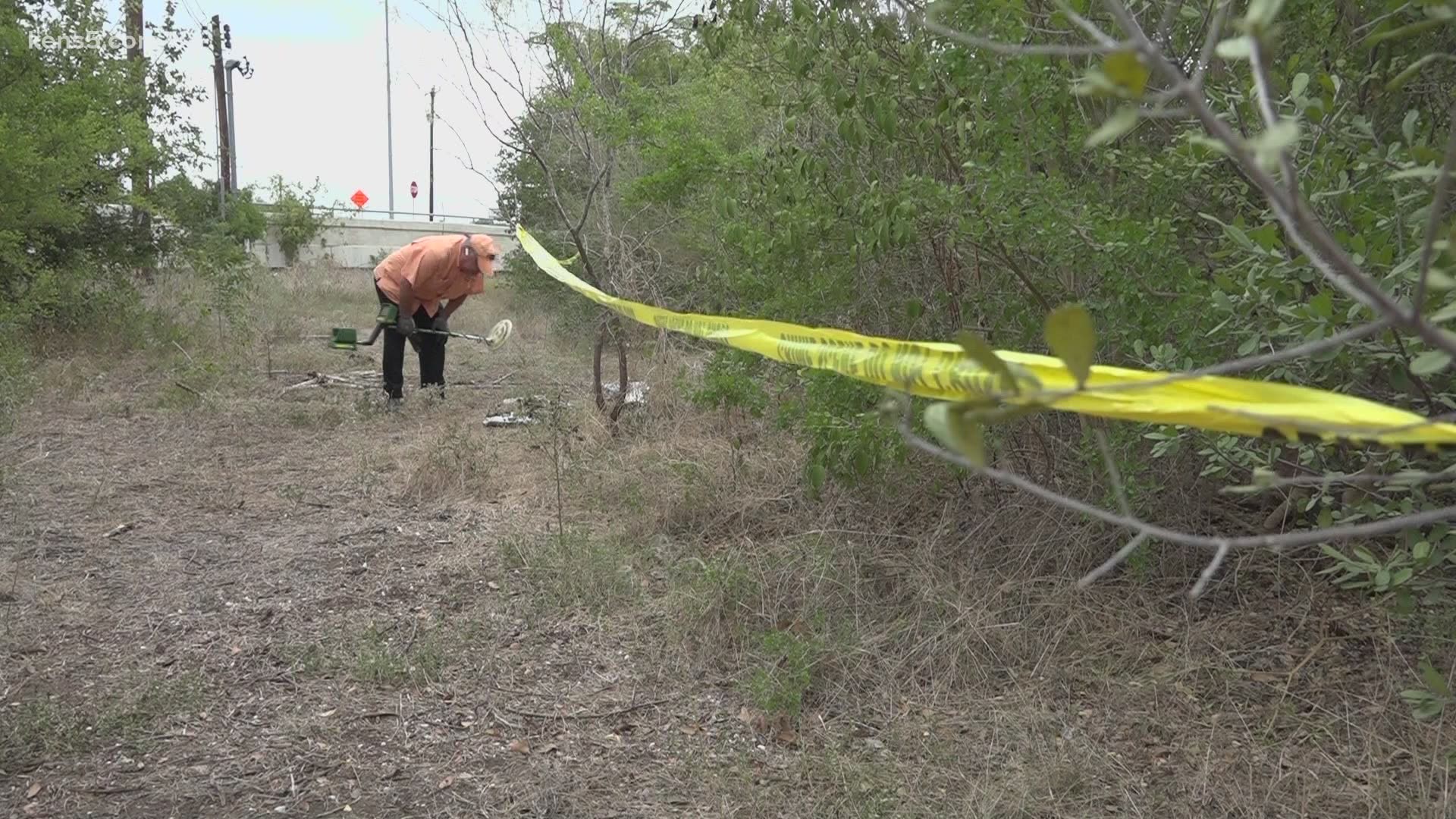 A Boston-area family is anxiously waiting for a ruling from the Bexar County Medical Examiner. They want to know if human remains found one week ago in a northeast-side park are those of their missing loved one.

Family members say 36-year-old Juan Santiago came to San Antonio with his girlfriend in June to start a new life. They also say that, within 24 hours, he made a frantic phone call to 911, and afterward he vanished.

The call, which the family said they obtained through a record’s request, is chilling.

Santiago can be heard arguing with someone.

From his motel room at the Motel 6 in the 5500 block of I-35, he can be heard telling the 911 dispatcher that someone is trying to rob him. Breathlessly, he asks the operator to remain on the line while he runs. He said he was running for his life from an unknown person who was after him.

Santiago’s aunt, Marlyn Rosa, said hearing the panic in her nephew’s voice was beyond disturbing.

Rosa said that, from that moment on, nobody has heard from the man who was very family-oriented and devoted to his two children. Rosa said the family suspected trouble immediately because the woman who was with Santiago told a number of different stories about what happened. They said when those stories started to unravel, the girlfriend was admitted to a hospital and died under what they call mysterious circumstances.

With no clues to go on and living half a country away, the family turned to the internet and the power of social media for help.

“We put everything on Facebook and people started reaching out to us," Rosa said. "That's how we got into contact with Frank Trevino, and if not for that we would not know what to do."

Trevino is a San Antonio volunteer who devotes countless hours to searches for missing people. He reached out to the family after he learned about the body found in John James Park on Oct. 17.

Police said a person walking his dog near the park entrance reported what they thought were human remains. The initial report lists them as being badly decomposed.

Days later, the medical examiner ruled the bones were those of a human, but they have said little else about the case.

Rosa said she reached out to the coroner and was told there are some signs their search for answers might be over.

“They asked me questions about my nephew and a lot of the demographics fit the profile of my nephew Juan," she said.

Rosa said the investigator told her they believe the bones belonged to an older male.

“That did not match because my nephew just turned 36, but all the other demographics matched,” Rosa said.

She added investigators told her they had been contacted by a number of families looking for missing persons, but the advanced state of decomposition complicated the quest for answers.

Rosa said they have provided dental records to see if a match can be made.

The wait, Rosa said, is excruciating

"It has been an absolute nightmare. It's not something I would wish on any family, ever."

The need for answers prompted Trevino to return to the park to look for additional clues. Armed with a metal detector, he searched through the discolored soil, searching for a diamond stud earring Santiago was known to wear.

He didn’t find the earring, but he did share what he saw with the family to see if any of the physical evidence left behind at the scene might give them comfort or answers.

“Socks, shirts, pants, anything," he said. "At this point, I'm just looking to see what was left behind.”

Trevino said the park is frequented by people who are homeless, so the remains could belong to a transient. But he believed it was worth asking questions.

The San Antonio Police Department is looking into both the missing case and the discovery of the body. They encourage anyone with clues to come forward.

The family, meanwhile, prays someone, somewhere saw something that will bring them closure.

“We are begging. We want closure. We want to bring my nephew home,” Rosa said.

Rosa said while they are resigned to the belief that Santiago is no longer alive, the weight of not knowing is a heavy one.

“Please come forward. Please contact the police and let them know what you have seen. We are desperately looking for answers and we just want to lay him to rest,” Rosa said.

There is extensive information about the case on the family’s Facebook page, Help Find Juan Santiago (of Chelsea MA).