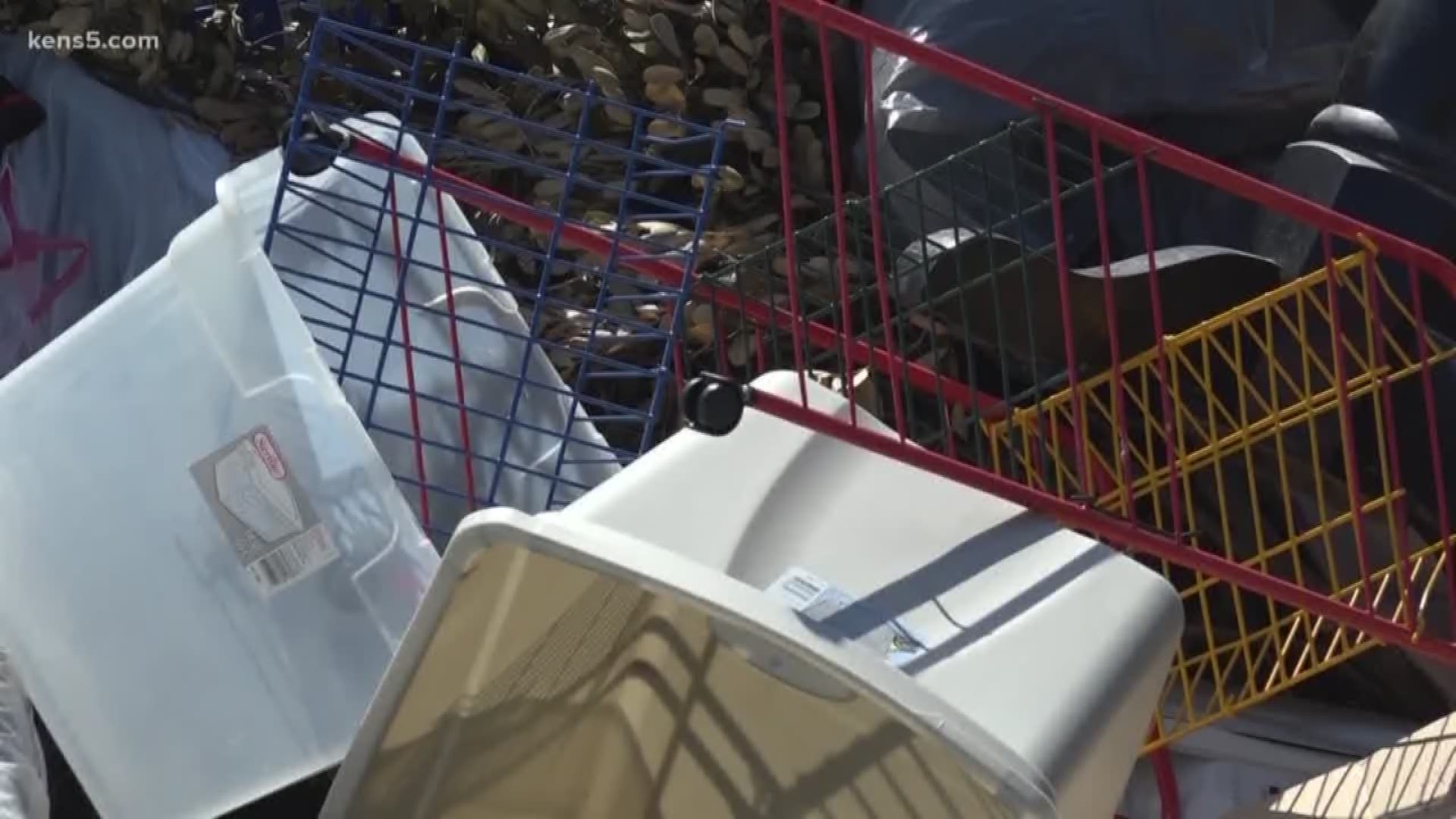 SAN ANTONIO — Two short blocks from Lincoln Park in east San Antonio, a boarded-up building owned by the San Antonio Housing Authority is the only remnant of what used to be the Springview Apartment complex at 200 Garcia St.

Workers said what used to be the office building is now used for storage and as a collection site for bulky waste items. But on a recent weekday during the noon hour, the usually secure storage site was left wide open.

Refrigerators with their doors still intact sat in one pile, while other appliances, televisions and electronics were heaped nearby.

"It shall be unlawful for any person in the city to place, or allow to be placed, outside of any building or dwelling in a location accessible to children any abandoned, unattended or discarded icebox, refrigerator, freezer or any other container of any type that has an airtight snap lock or other locking device, or a magnetic seal-type door without first removing the lock or doors from such icebox, refrigerator, freezer, or container."

When contacted about the possible danger, a spokesman for the San Antonio Housing Authority said they were unaware of the condition of the storage yard.
The spokesman promised to look into the situation immediately and take action, adding the area would be cleaned up and secured by Monday.

Late on Friday, workers were at the yard replacing metal privacy panels so that the contents of the yard would be hidden from public view and the gates were secured.

On Saturday morning, a commercial waste bin was delivered to the site in preparation for cleanup activity.