Gregory Smith, 55, has admitted to conspiring to commit wire fraud.

Smith is an investment adviser in Shreveport, Louisiana and the former business partner of Caldwell.

Caldwell says he is not guilty and he has evidence to prove his innocence.

Read the full statement below from the United States Attorney's Office or click here. 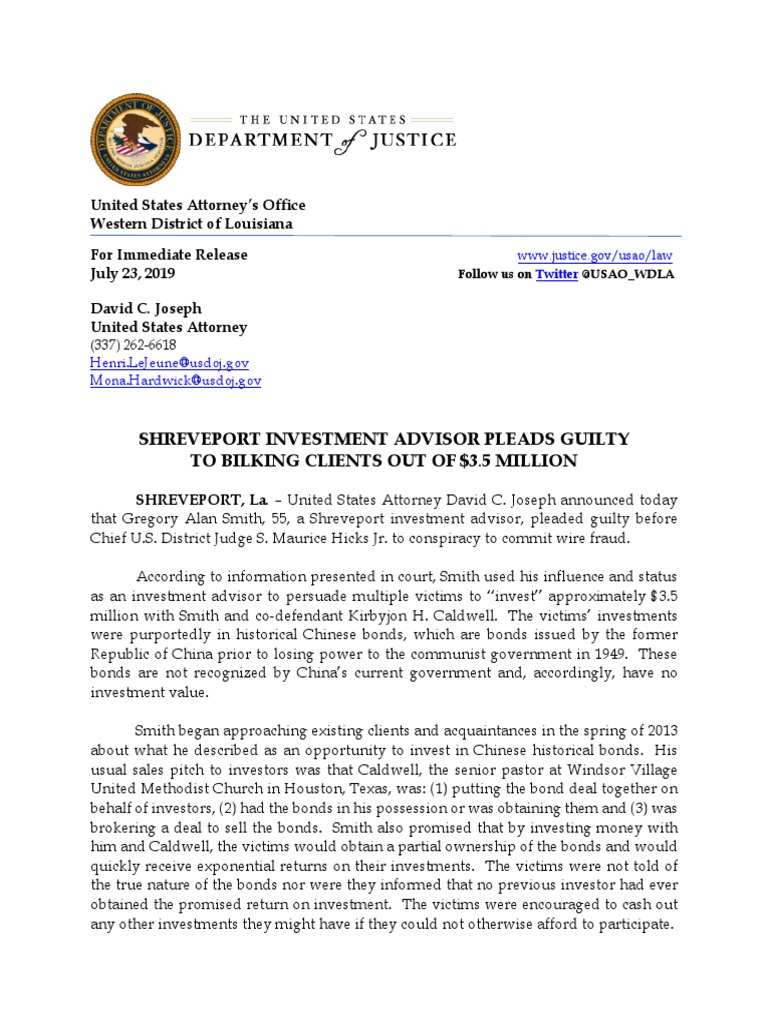 Gregory Alan Smith Wire Fraud Guilty Plea | United States Department Of Justice | Fraud
For more information about DOJ's efforts to prevent and combat elder abuse, please visit the Elder Justice website at https://www.justice.gov/elderjustice. Elder fraud complaints may be filed with the FTC at www.ftccomplaintassistant.gov or at 877-FTC- HELP. The Department of Justice provides a variety of resources relating to elder fraud victimization through its Office of Victims of Crime, which can be reached at www.ovc.gov.