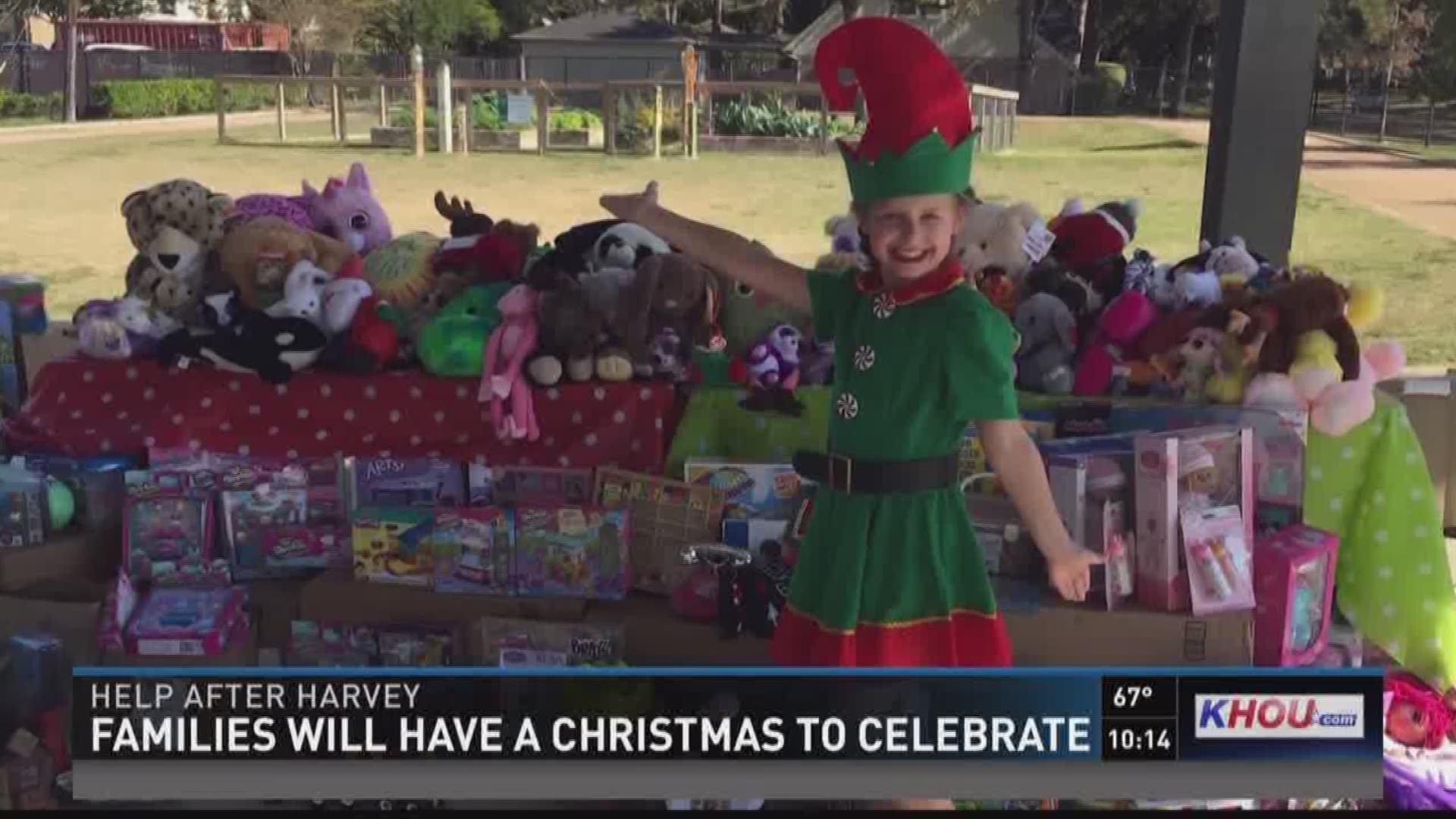 HOUSTON - There was a huge giveaway out in West Houston Saturday that made sure hundreds of Harvey victims will have a Christmas to celebrate this year.

The event was put on by a group of moms who collected tons of donations, and passed out trees, decorations and even gifts for those who lost everything in Hurricane Harvey.

Now, it’s just a mountain of empty cardboard boxes, but you should’ve seen it before.

Sprawled out on tables and stacked high inside baskets, the contents of those boxes were being carried out in the hands of Harvey survivors.

“It was, I mean, emotional when we walked in, there was just so many things, the abundance of it all, the generous spirit of it all," said Maria Sotolongo.

Sotolongo said it’s been hard to think about Christmas.

But finally, now she can rejoice as she carries home bags and boxes full of hope for the holiday.

“Everything is going to be a little more special I think this year, because we know what truly is important," Sotolongo said.

Two-year-old Jenna had her hands stuffed with just a few new furry friends. The stuffed animals were some of the toys that were donated by Lily, another child at the drive on Saturday.

“I had an idea of having a toy drive and giving to the kids that lost their toys," Lily DuBose said.

The 8-year-old said she just wanted to help in her own way.

Back at home, Maria’s kids sort through their new treasures and while playing with his Santa, 7-year-old Felipe Sotolongo says at first he was worried.

“That all of the Christmas was going to be broken, and we had to buy it all again," he said.

But now, not anymore, thanks to the generosity of fellow Houstonians.