A Texas woman is thankful to be alive to share her warning after the "pretty" coral in her fish tank nearly killed both her and her family. 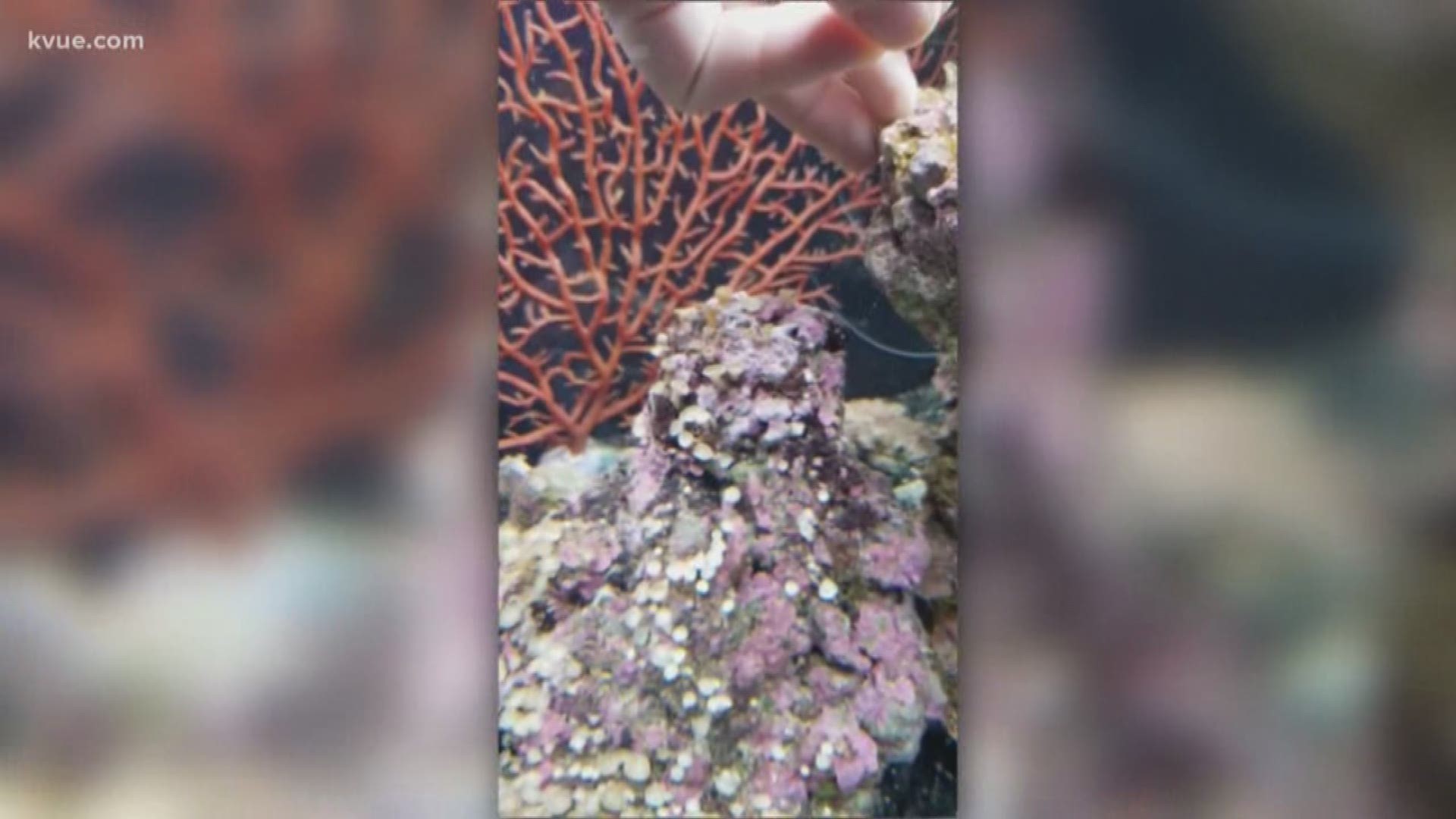 CEDAR PARK — A Cedar Park mother is warning others after she said a coral inside her saltwater aquarium nearly killed both her and her family.

The coral, called palythoa, can typically be purchased anywhere saltwater fish are sold. Despite their small size, the toxin they release can be deadly.

"To see their (the school of fish) life taken and watch everything die off one by one and come home and your little happy guys are just lifeless, it definitely took it out of me to come home to that," Chasity Ahman told KVUE.

Ahman was cleaning her fish tank Thursday when she noticed the coral growing on a rock.

"I noticed these little, cute ... button polyps that were new to me," she said.

Ahman saw a chunk of algae on the palythoa, so she used a toothbrush to scrape off the algae. It's a mistake she'll never make again.

"Within an hour, we were all feeling kind of different," she said.

The coral released a dangerous toxin into the air when Ahman brushed it, she said.

Within a few hours, she and her family started experiencing a burning nose, a bad cough, and a high fever.

"I thought we were coming down with the flu or something," Ahman said.

The next morning, Ahman realized her symptoms were worse than the flu.

"We couldn't get out of bed," she said. "I couldn't answer the door. I couldn't force myself out of bed."

They went to the hospital, where doctors were just as confused about her symptoms.

"No one had ever heard of it, so they didn't know where to begin," Ahman said.

"When that stuff becomes airborne, it's usually caused by somebody scraping. I've heard of someone trying to boil the polyps off of a rock to clean it," Leber said.

A lot of aquarium hobbyists buy palythoa because of their vibrant colors, not knowing they can be dangerous if handled improperly.

"I would suggest, really, to leave them alone for the most part," Leber said.

"I came home feeling like death and moved all of it, anything that was even suspect, into a five-gallon bucket," she said.

The toxin killed about five fish, according to Ahman. She said she's thankful her two dogs weren't inside at the time.