TSA workers are among about 30,000 federal employees in Houston on furlough or working without pay. 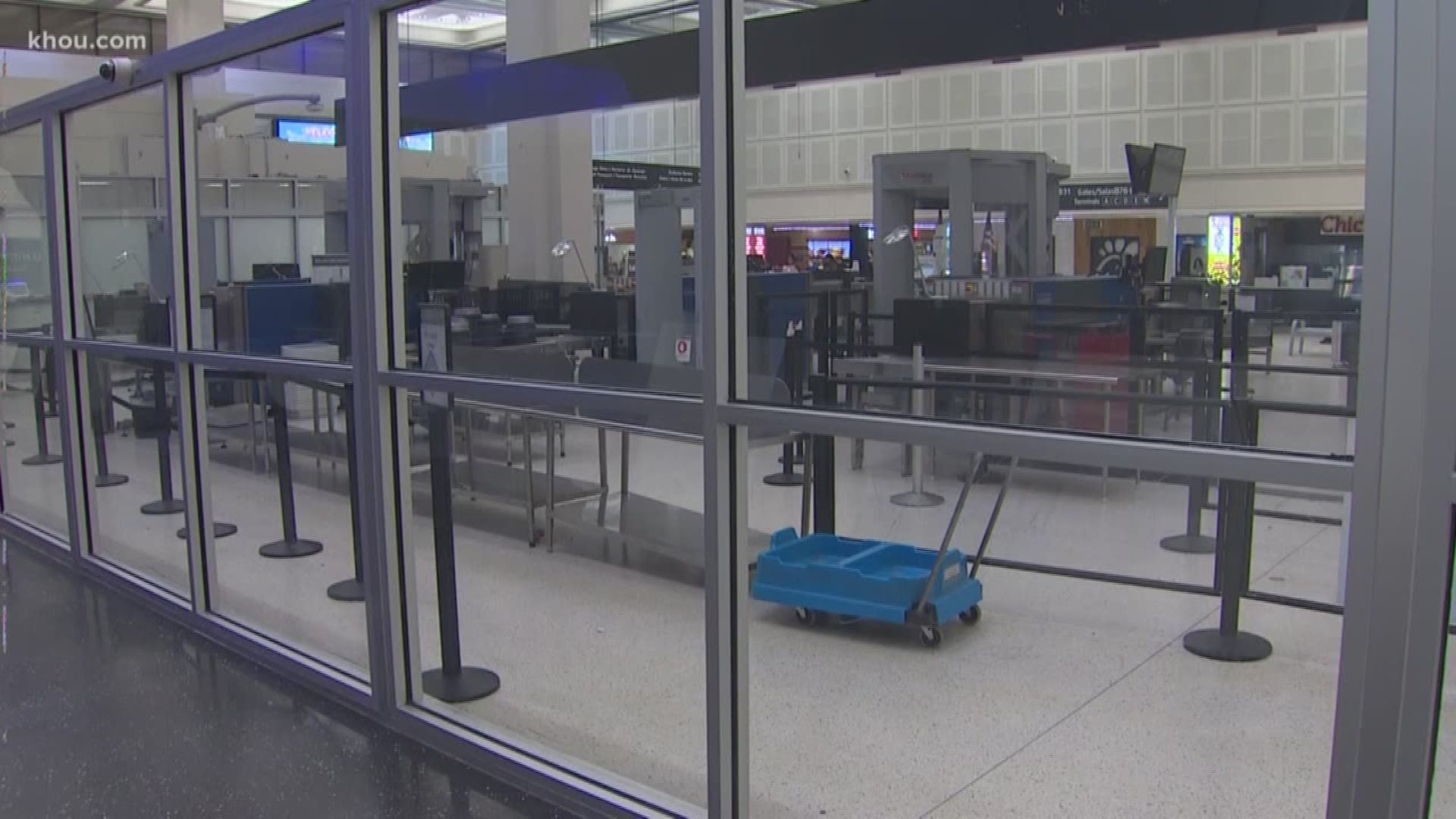 HOUSTON — The TSA security checkpoint at Terminal B is closed at Bush airport and passengers are being routed to either Terminal C or E, the airport announced Sunday.

Terminal B is scheduled to remain closed through Tuesday, the airport system announced.

The shutdown is due to staffing issues from the partial government shutdown.

It's unclear how many TSA workers called in sick, but these workers are among about 30,000 federal employees in Houston on furlough or working without pay.

If you have a flight, the airport recommends you allow extra time and check here for wait times.

Officials with Houston's Airport System released the following statement Sunday about the closure:

Due to staffing issues associated with the partial shutdown of the federal government, the Transportation Security Administration (TSA) security checkpoint and the ticketing counter in Terminal
B at George Bush Intercontinental Airport closed at 3:30 p.m. on Sunday, Jan. 13, 2019, and will remain closed the rest of the day.

Passengers are encouraged to arrive early and give themselves extra time to check in for their flights and to clear the security checkpoints. For passengers flying out of Terminal B, once checked in passengers can walk or take the Skyway tram to Terminal B to reach their departing gate. Passengers can utilize the interactive terminal map available on fly2houston.com to help navigate their way back to Terminal B. That information can be found at this link.

Houston Mayor Sylvester Turner said the closure is related to the government shutdown, tweeting in part, "Shortage of TSA workers, unpaid during the US gov’t shutdown, is causing this change."

The shutdown, which is now in its 24th day, is the longest shutdown of the federal government.

RELATED: Family with furloughed worker gets lucky in Virginia lottery

RELATED: Shutdown day 23: Trump says he has 'no idea' if deal can be made with Pelosi