Houston Police Chief Art Acevedo called the gunman a coward who hunted his victims "like deer." 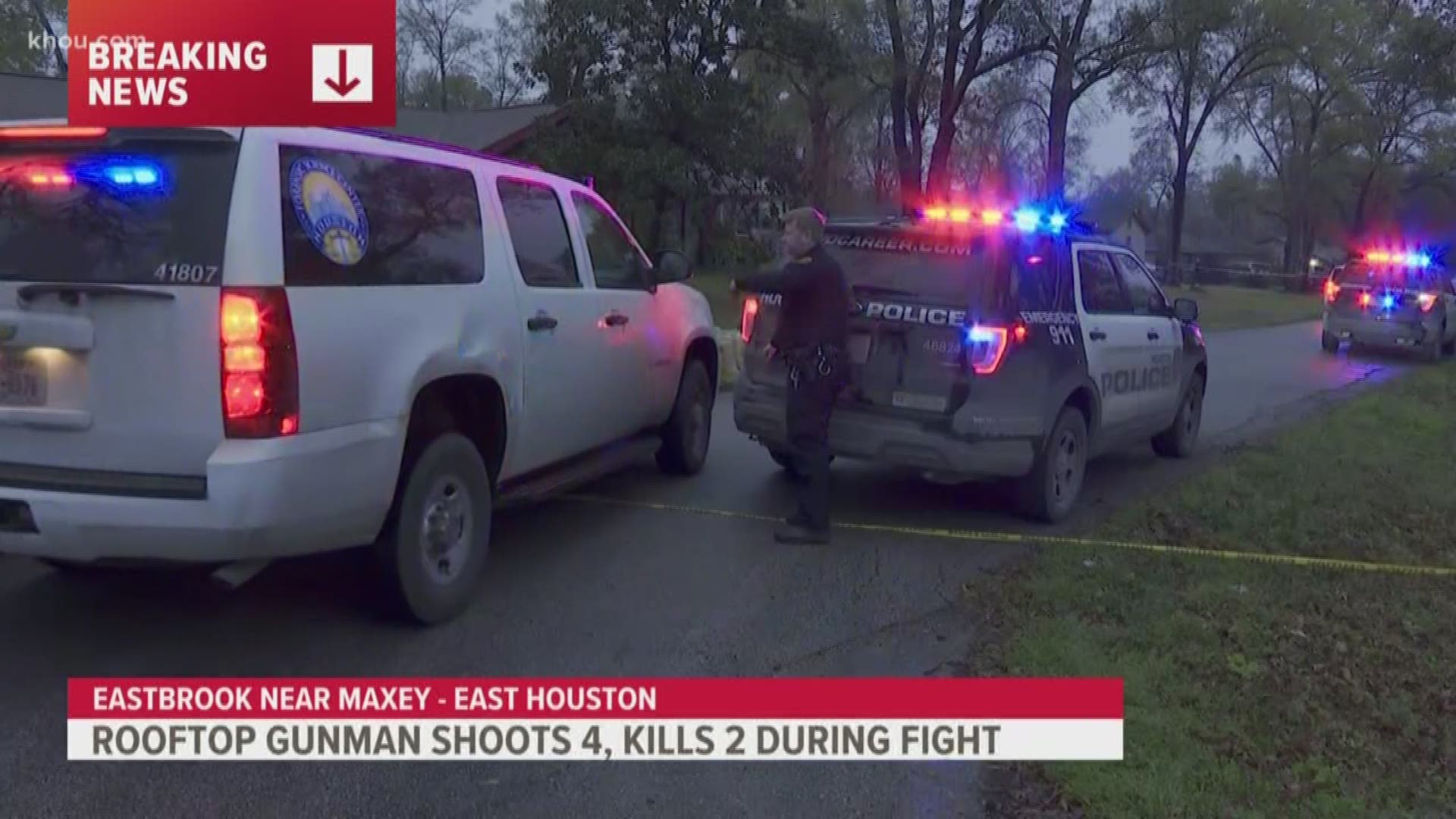 HOUSTON — The victims gunned down by a rooftop sniper in east Houston have been identified.

Jose Aguilar, 18, and Maximo Aguilar, 20, were killed in the shooting Thursday evening.  They were brothers.

An 18-year-old woman was shot in the knee and a 23-year-old man was also injured.

Police are still looking for the gunman, who was believed to be driving a newer model black Tahoe.

Houston  Police Chief Art Acevedo called the gunman a coward who hunted his victims "like deer."

Acevedo said two groups who fought days ago came back for another fight Thursday night. But this time, a shooter was lying on the roof of a nearby flooded Harvey home with a rifle. He or she then opened fire on the group.

The chief promised "we're going to get them."

According to Houston police, a resident called 911 when the gunfire rang out.

As the investigation continues, police say they are relying on surveillance video they have gathered from homes in the neighborhood to nab the shooter.