Boy sent to E.R. after tongue gets stuck in water bottle 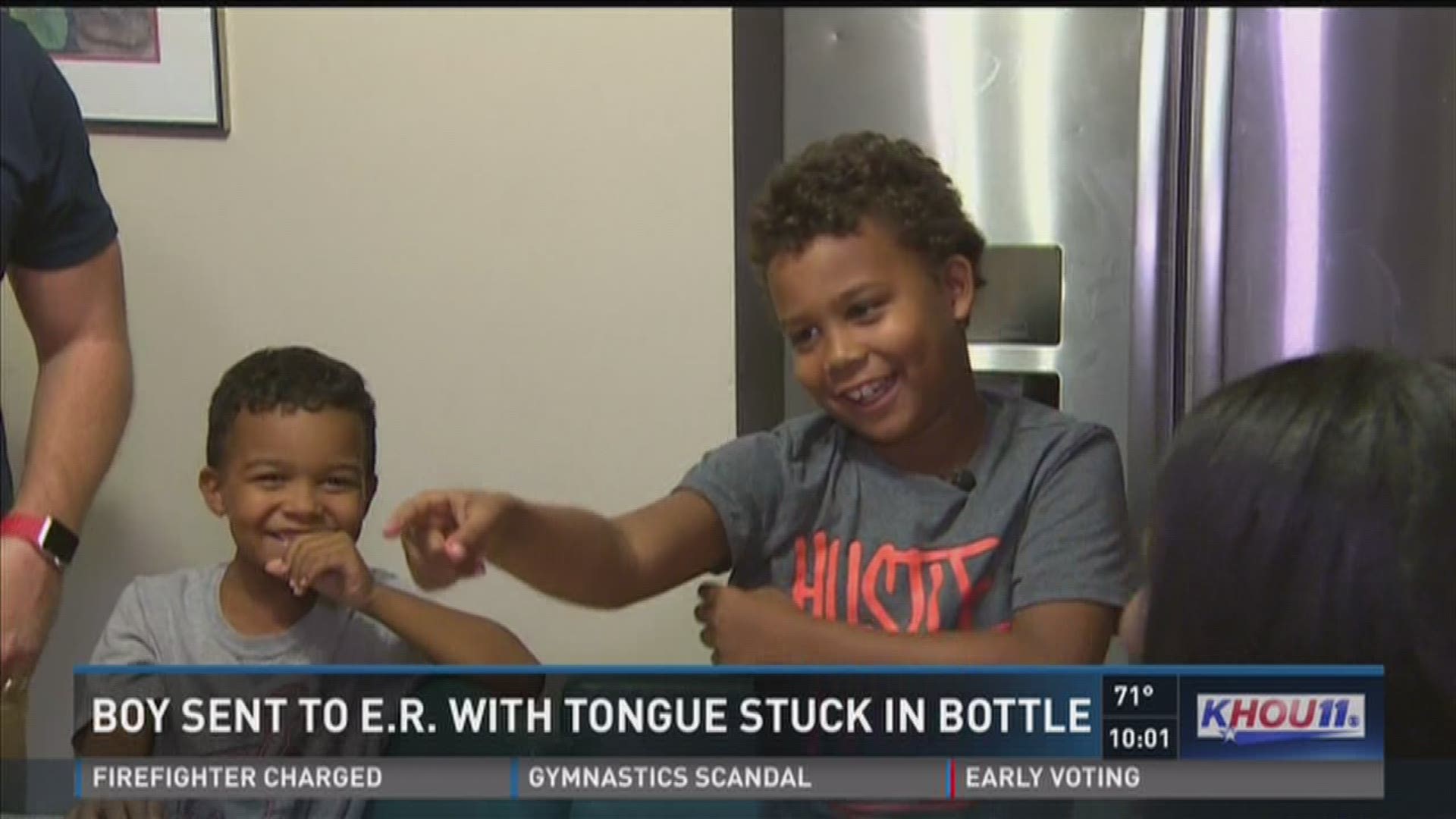 SPRING, Texas – A nine-year-old boy needed surgery after getting his tongue stuck in a plastic water bottle.

Trenton Mikkola is his family’s muscle. Of his mom and dad’s four sons, Trenton is their toughest, the couple said. So you can imagine their reaction to seeing him panicked in tears.

“I was like what in the world,” Tawanna Mikkola, Trenton’s mom said.

Seven months ago during class at Theiss Elementary, Trenton took a drink he cannot forget.

“I was just drinking water trying to get energy in me and I drank one time and all the suction (inside the bottle) it (pulled my tongue) right inside there,” he said.

His tongue slid so far down the plastic water bottle cap nurses using tongue depressors and Vaseline could not remove it. The school’s maintenance man even tried using plyers without luck, Trenton said.

He was scared. Forty minutes later, his mom took him to an urgent care and later a stand alone emergency room.

Doctors tried to pull, cut and even saw the plastic cap off. However, nothing worked except surgery.

“What was an accident has turned into a nightmare,” Tawanna Mikkola said. “I said is that the only way you can get it off? Because you know, it’s a big deal.”

Once freed, Trenton’s swollen tongue blocked his airway. So, doctors kept him in ICU on breathing tubes for four days. It took another week for Trenton to regain his ability to talk.

Now, he only drinks from bottles with lids too small for his tongue to squeeze through. His parents won’t buy anything else. They also got rid of their old plastic water bottles.

The couple also hopes Trenton’s story keeps other families from living their nightmare.

Trenton’s parents wish school administrators would have called an ambulance as soon as the accident happened.

A Klein ISD spokesperson responded in a statement.

“An incident did occur last year where a water bottle lid got stuck on a student’s lips,” Judy Rimato said. “While federal privacy laws prohibit Klein ISD from releasing specific information about students, Klein ISD can confirm that it acted swiftly and immediately to attempt to aid the child by involving the school nurse and obtaining other assistance. At no time did the nurse observe any obstructed airways or circulation concerns. The nurse remained with the child until the parent arrived and continuously provided aid. The campus principal has not received a request for the nurse's log of the incident.

If ever a student’s airway is blocked or there is potential that could become blocked, Klein ISD would call emergency services before calling the parent."