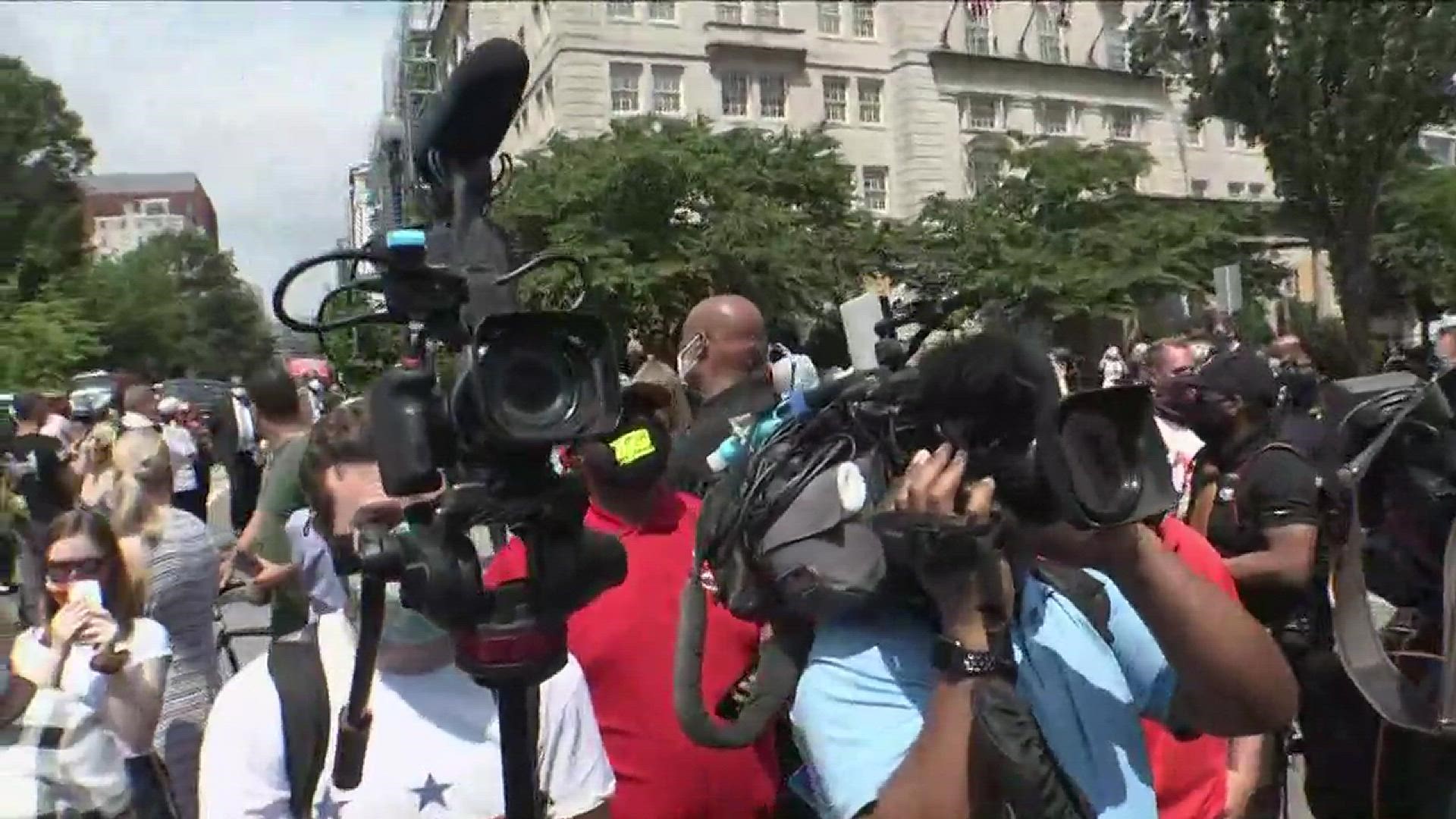 WASHINGTON — A Black Lives Matters mural was painted across several blocks of 16th Street early Friday morning. The city cleared the street so painters could finish the mural.

Bowser said one way the city is working to combat graffiti is with art. She said the city reached out to artists through the District's Mural program.

"There are people who are craving to be heard and to be seen and to have their humanity recognized, and we had the opportunity to send that message loud and clear on a very important street in our city," Bowser said at a press conference. "And it is that message, and that message is to the American people, that Black Lives Matter black humanity matters, and we as a city raise that up as part of our values as a city,"

President Donald Trump slammed Bowser Friday evening, tweeting, "@MayorBowser is grossly incompetent, and in no way qualified to be running an important city like Washington, D.C. If the great men and women of the National Guard didn’t step forward, she would have looked no better than her counterpart Mayor in Minneapolis!"

The District did not impose a curfew on Thursday night after zero arrests were made Wednesday night, Mayor Muriel Bowser said.

There were fewer crowds seen in the District on Thursday, but there continued to be a strong military, police, and riot control presence, in the midst of peaceful demonstrations around Washington.

Protests erupted nationwide days after Floyd’s death calling for the arrests of all the officers involved after a Memorial Day viral video showed Floyd being pinned down by his neck by then-Minneapolis police officer Derek Chauvin.

Floyd, who is repeatedly heard in the video saying he can't breathe and asking for Chauvin to get off his neck, died that day.

The Minneapolis mayor on Tuesday fired all four officers involved in the incident. On Friday, Chauvin was arrested and charged with murder and manslaughter in Floyd's death.

The three officers who were involved in the incident have also been charged.

D.C. was among cities across the nation who held protests since Friday night, demanding justice after George Floyd's death.