People have been going store to store looking for those mark downs and Black Friday deals and they don’t plan to stop heading into the weekend. 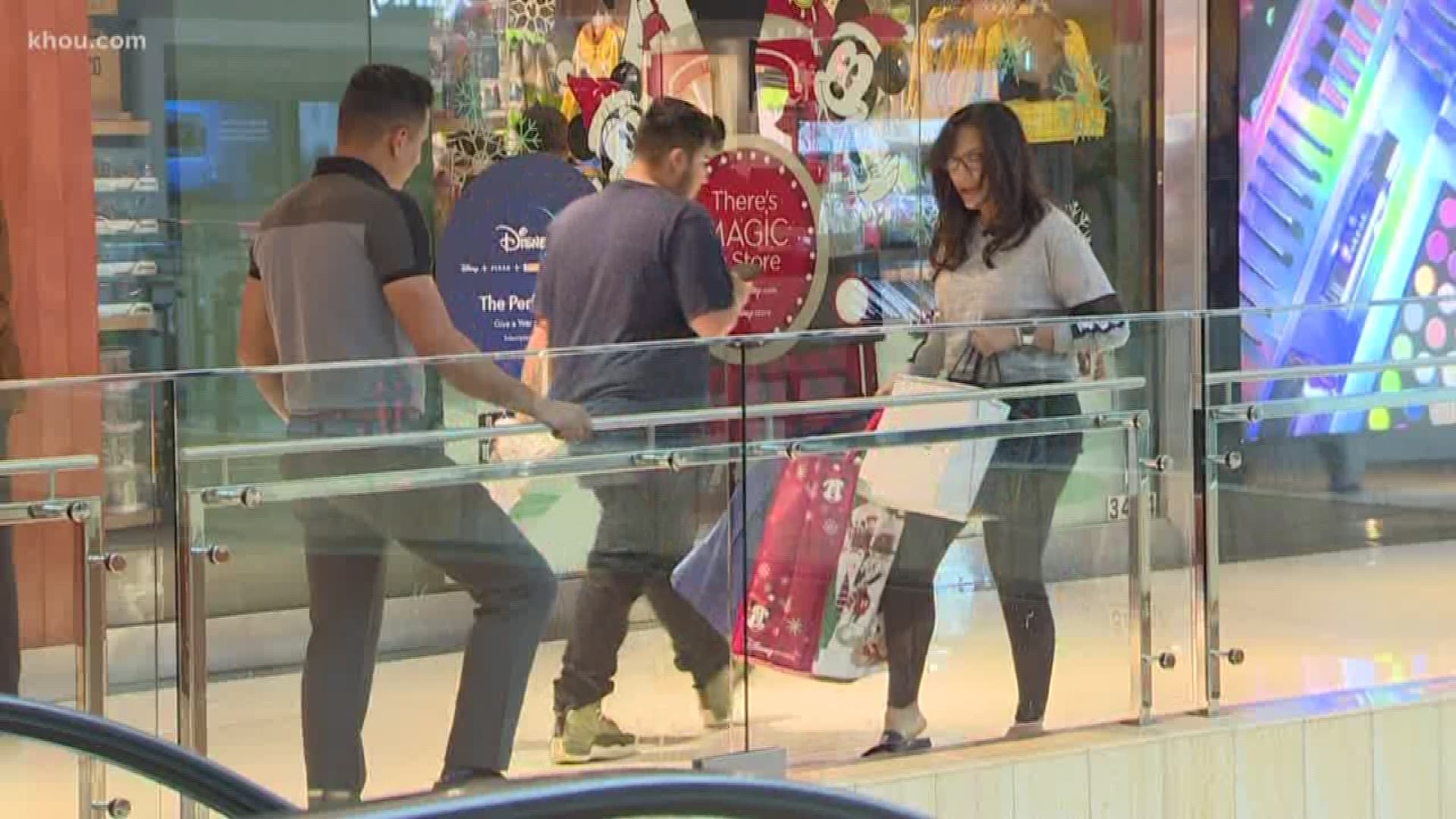 HOUSTON — Thanksgiving is over, and now it’s onto the next biggest thing!

We’re not talking about Christmas but the busiest shopping day of the year.

Almost 115 million people are expected to hit retailers across the country on Black Friday.

In Houston, crowds have been at it all day long -- a revolving door of shoppers at places like the Galleria.

Pros like Wendy Quijano have been going store to store looking for markdowns and Black Friday deals and they don’t plan to stop heading into the weekend.

Then, there’s Alfred Bogen, who said he needs a little extra help.

For shoppers like Paula Hale and her three daughters, Black Friday is the start to the most wonderful time of the year.

“I just think it’s fun to shop with my girls and to spend that time together but also there’s really some good deals," Hale said.

Everywhere on Friday, shoppers were on a mission.

“Today ... I bought gifts for all the kids in my family,” Quijano said.

According to the National Retail Federation, the top reason people plan to shop is because the deals are just too good to pass up.

Chris Lane, director of marketing for the Galleria, said they’re ready to handle the holiday spike in business.

“We’ve got all of our parking and enforcement out there,” Lane said. “We have extra guys helping guide people through the parking garages. Extra security so just ready for the wave.”

So for those who haven’t quite sharpened their shopping skills, Bogan's advice was this: "Stay home.”

Like ice skating, whether you’re good at shopping or not, it’s about making memories.

Hale said, "(My kids) are growing up so fast and just kind of spending time with them is the best part of the holidays.”

Or just going in circles.

Saturday is Small Business Saturday where people go out and support local business and then deals hit the internet for Cyber Monday aimed at those who don’t want to go face-to-face with some of these crowds.