Behind the scenes of Houston's new crime lab

It’s still under construction, but KHOU got an exclusive tour of the new crime lab used mostly for Houston Police. 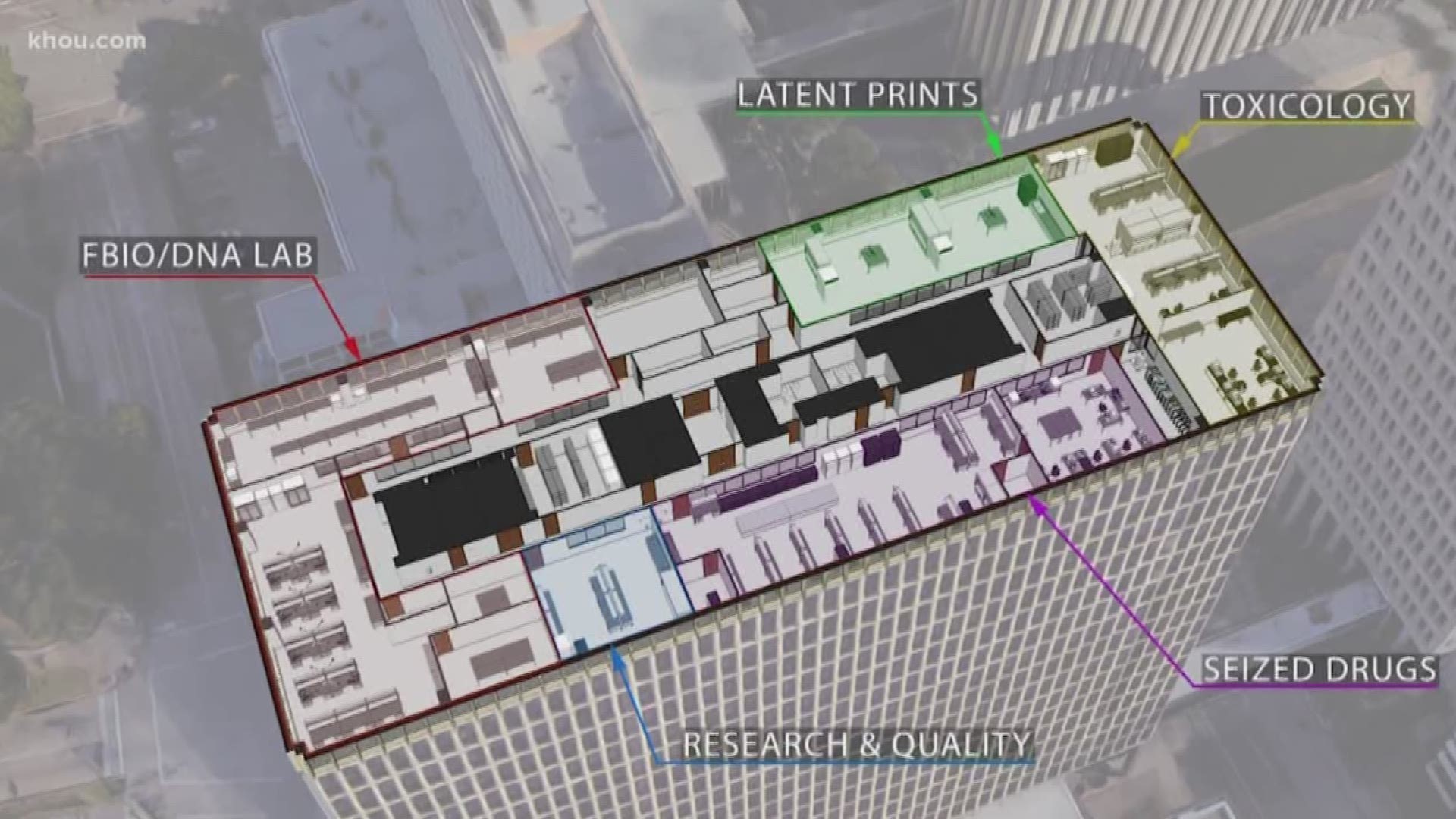 HOUSTON, Texas — The state has changed the way Texas prosecutes marijuana laws. A lab test is now needed to prove the drug is illegal, but Houston labs aren’t ready yet.

It’s still under construction, but KHOU got an exclusive tour of the new crime lab for Houston Police.

It’s white walls and hard hats now, but in just a few months, this downtown building will be the science behind justice.

It’s a construction zone, soon to be crime lab. Evidence from crime scenes, drugs, DNA, even finger prints will go there.

The Forensic Science Center’s current home is at the police department, a criticism they’ve faced for years.

"How can you be an independent laboratory, but still in HPD’s headquarters? So that certainly will be taken off the table," Stout said.

But their new landlord is building them a brand new lab just down the street.

“I agreed to go ahead and provide them a state of the art crime lab and in exchange, I got a long term lease with the crime lab and the building," John Quinlan said.

They’ll finally be away from HPD, but in the same building as the DA’s home after Harvey.

“We will share an address with them and that’s all," Quinlan said.

They’ll have office space, and in the basement, a gun range and shooting tank, filled with enough water to stop a .50 caliber bullet.

“To compare a bullet or cartridge that’s left at the scene. Is that likely to have come from that particular weapon?” Stout said.

But another test they’ll now need to add - the definition of Marijuana.

“It is going to mean months of validation as we develop and implement reliable scientific methods to now be able to determine that concentration of THC in marijuana," Stout said.

Now many prosecutors are throwing out misdemeanor marijuana charges because they can’t be prosecuted in Texas without a lab test.

Currently Stout says only two labs in the country can do that. He hopes in six months, they can too.

The crime lab is set to open in the beginning of October.