Pictures of the playground area at Jenkins Park in Baytown caused an uproar from residents after it showed the park with trash from a party scattered all over the area. The family responsible for the party denies leaving park in such a condition. 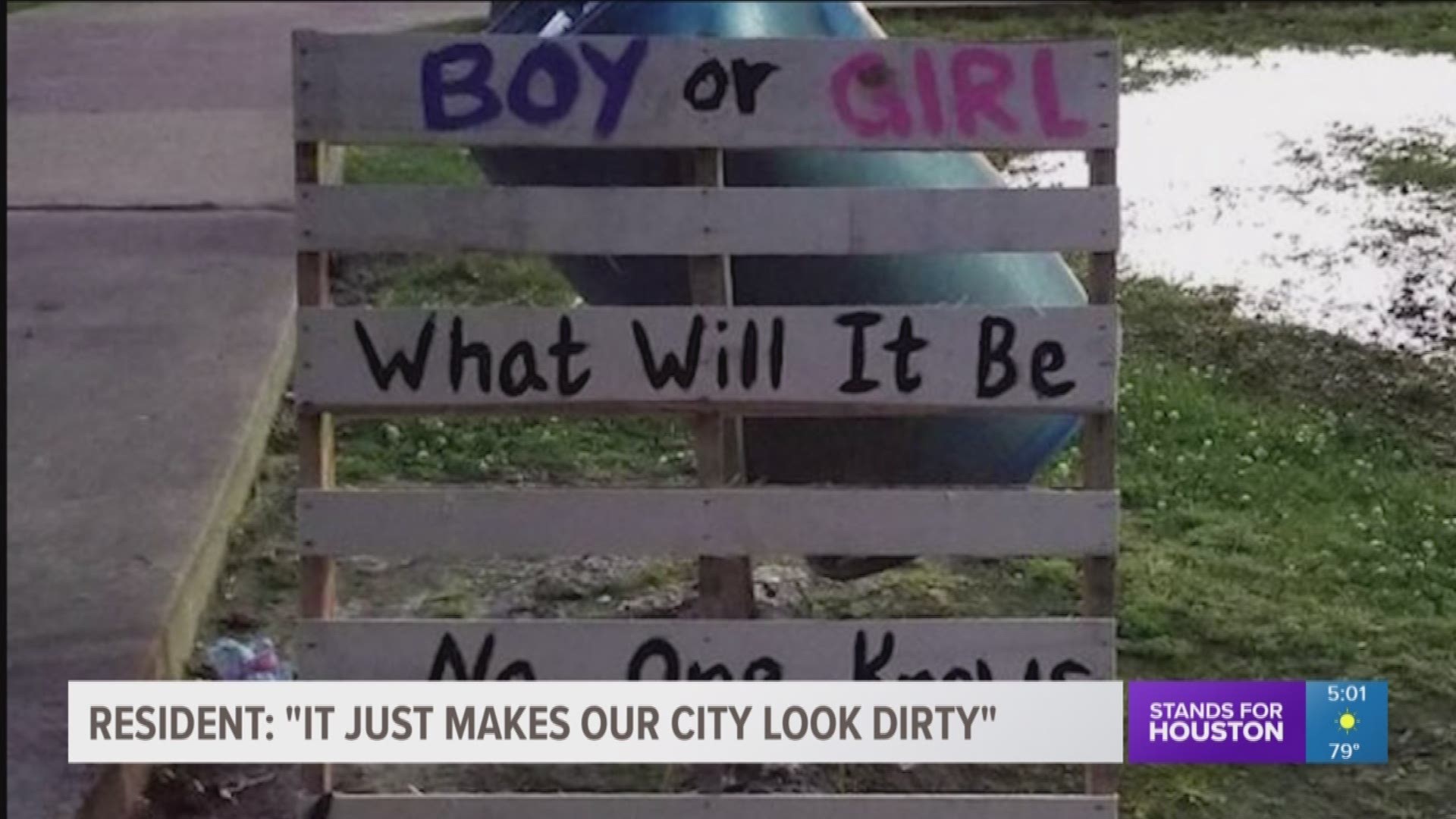 BAYTOWN, Texas - It’s the aftermath of a gender reveal party this weekend in Baytown that has a lot of people upset.

Pictures of a littered playground at Jenkins Park are causing a stir on social media. Some Baytown residents are fired up.

They claim the park was trashed after the party.

Baytown Parks and Recreation litter crews picked up the trash on Monday morning.

The woman who threw the gender reveal party did not grant KHOU an on-camera interview but claimed the trash from the party was picked up. She blamed the weather for spreading the trash around.

It’s an excuse some people say and the city said is not good enough.

For the most part visitors at Jenkins Park find it in pristine shape.

Photos shared on the We ALL Nosey in Baytown + Surrounding Areas Facebook group over the weekend show what the park looked like after the gender reveal party.

The pictures show trash scattered around the playground area, and a pallet used for the reveal left leaning on a trash can.

Baytown Parks and Recreation Director Scott Johnson doesn’t think that was the case.

He said litter is always a big problem at city parks.

Scott and some Baytown residents are glad to see the community hold each other responsible on social media.

“I’m impressed and I’m grateful that you get that pressure. People are actually watching and looking and expect you to do what you’re supposed to do. If you don’t they go after you,” Johnson said.

Also, Gagnon added, “I think it’s nice to see everyone really come together and show their opinions on how we do feel like people should take responsibility for their actions.”

The woman responsible for the party said there is a downside to this community Facebook group.

She said people has been very mean which has brought on some unwanted stress.

Johnson said the pictures of the trashed park have been passed along to Baytown Police.

He doesn’t know if anything will come from that.