It's a girl! Austin police officers help woman deliver baby on side of Interstate 35

The officers were alerted to the woman while they were conducting a traffic stop. 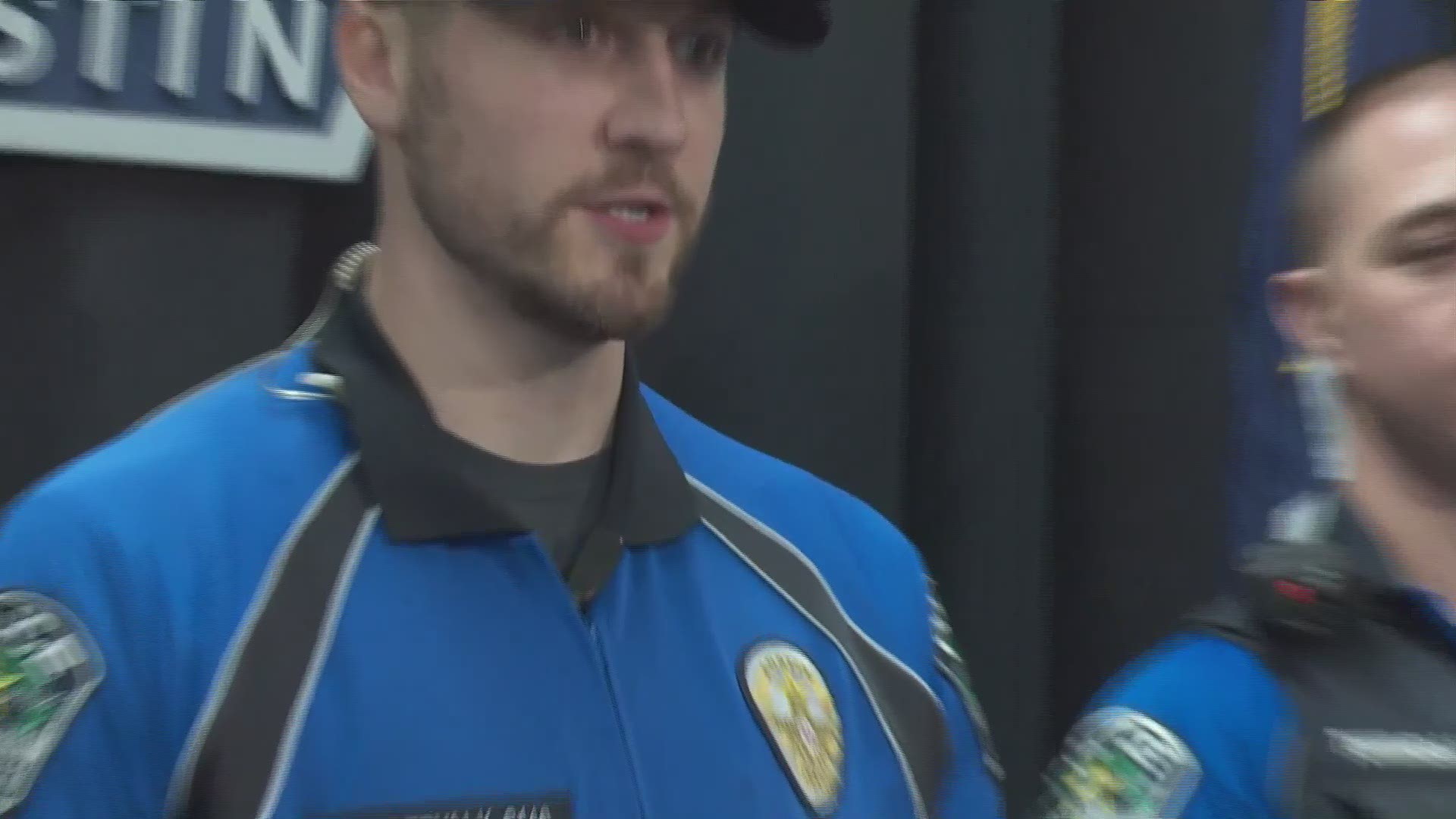 AUSTIN, Texas — On the day before Thanksgiving, two officers with the Austin Police Department helped a woman give birth on the side of a busy interstate.

The APD tweeted Wednesday, "Here's the exciting tale of what happened."

Two officers – identified as Officers Vandervalk and Tuminelli – were conducting a traffic stop at the Chevron gas station located at East Sixth Street and North Interstate 35 when another car raced up and stopped beside them, the APD said.

The "panicked" driver got out of the car and pointed to the backseat, where police said the mother of his child was actively giving birth.

In a news conference, Vandervalk said there was initially a language barrier, but the driver of the vehicle they had stopped fortunately spoke Spanish and notified the officers the mother was in labor.

Officer Vandervalk "gloved up" and opened the door to help deliver the baby while Tuminelli called Austin-Travis County EMS. The officer then cleared the baby's nose and mouth to make sure she was breathing until medics arrived.

"It was a very surreal moment to experience something like that," Vandervalk said. "To help her and to experience that with that family is quite a miraculous feeling."

With the help of the officers, Vicente Lopez and his wife are now the parents of a baby girl. The proud father struck a pose with the officers after the whole ordeal.

Credit: Austin PD
Two Austin police officers helped a woman give birth on the side of an interstate Wednesday morning.

"You always hear these stories about these, this situation happening to other officers, or fire, or EMS, but you never expect to happen to yourself," said Vandervalk.

Officers with Operation Blue Santa said officers Vandervalk and Tuminelli were getting the chance to meet the family.