Donald Neely, 43, became the center of national attention last week after photos of his arrest were posted on social media. 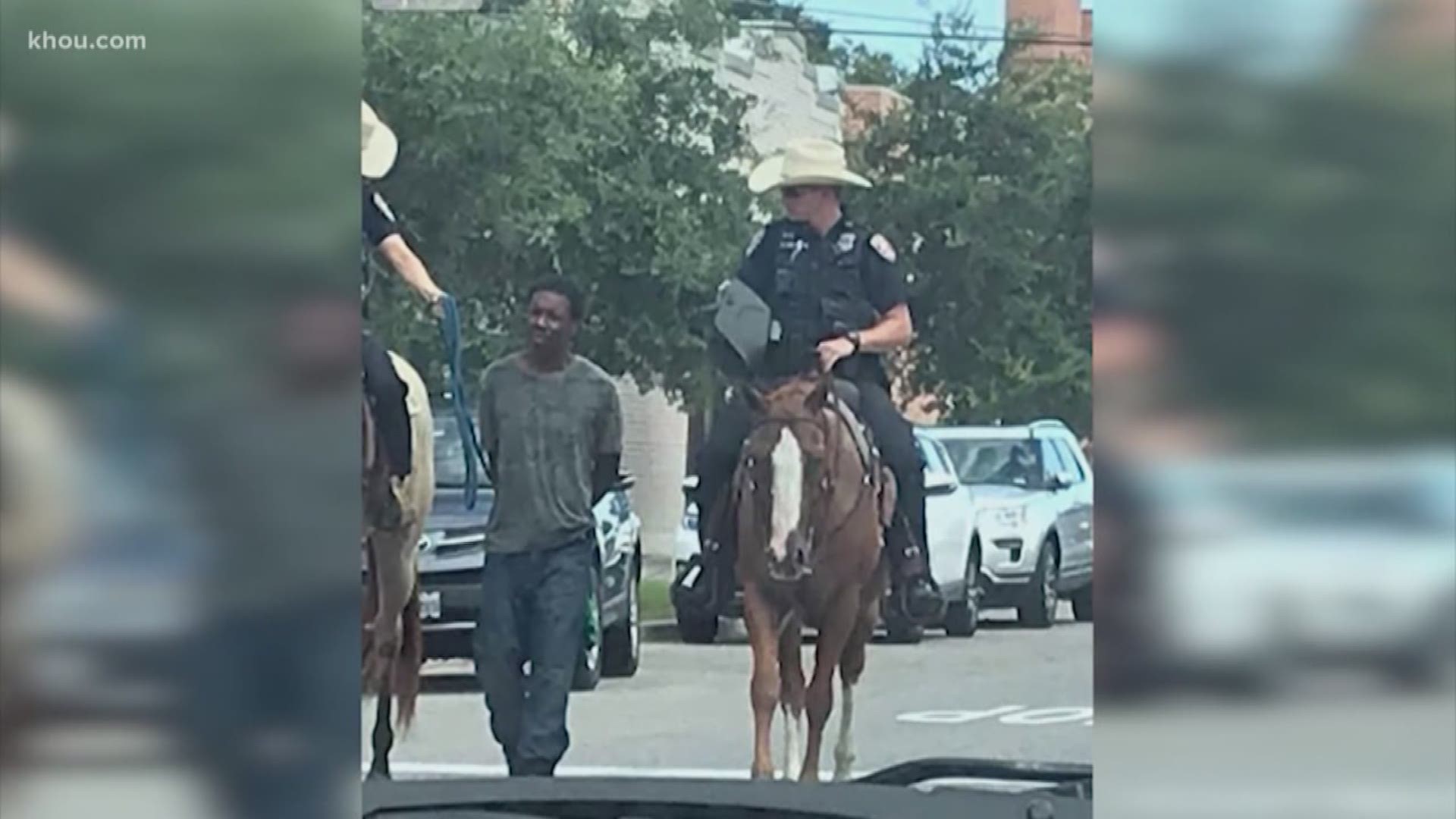 GALVESTON, Texas — The Galveston District Attorney’s Office is working with Donald Neely’s defense attorneys on an agreement that might get him mental health treatment, rather than paying a fine or serving jail time for a criminal trespassing charge, a top prosecutor said Wednesday.

“We are looking at our options on the mental health opportunities for Mr. Neely,” said Kevin Petroff, first assistant criminal attorney.

Neely, 43, became the center of national attention last week after photos of his arrest were posted on social media.

Neely, who is homeless and is diagnosed with bipolar disorder, was arrested for criminal trespassing Aug. 3 at the Galveston Park Board of Trustees building, 601 23rd St.

Two mounted Galveston police officers handcuffed Neely, attached him to a line and walked him down the street between their horses to a staging area about four blocks from where he had been arrested.

Tap here to read more at the Galveston Daily News

They said they would march on Galveston and consider a lawsuit if police don’t release body camera footage from Neely's controversial arrest within 30 days and if it doesn’t support the department’s narrative that officers followed protocol and treated Neely fairly.

Although GPD's chief already stated they used “poor judgement” in tying a rope to Neely’s handcuffs and leading him down the street after arresting him for criminal trespass.

"And the way the officers treated him?" said brother Andy Neely. "It ain’t right, it’s just not right at all.”

Neely’s family, who shared a photo of the 43-year-old, said he has a history of mental challenges and lives on and off the streets.