Friends, former students and others held a drive-by retirement parade outside the school. 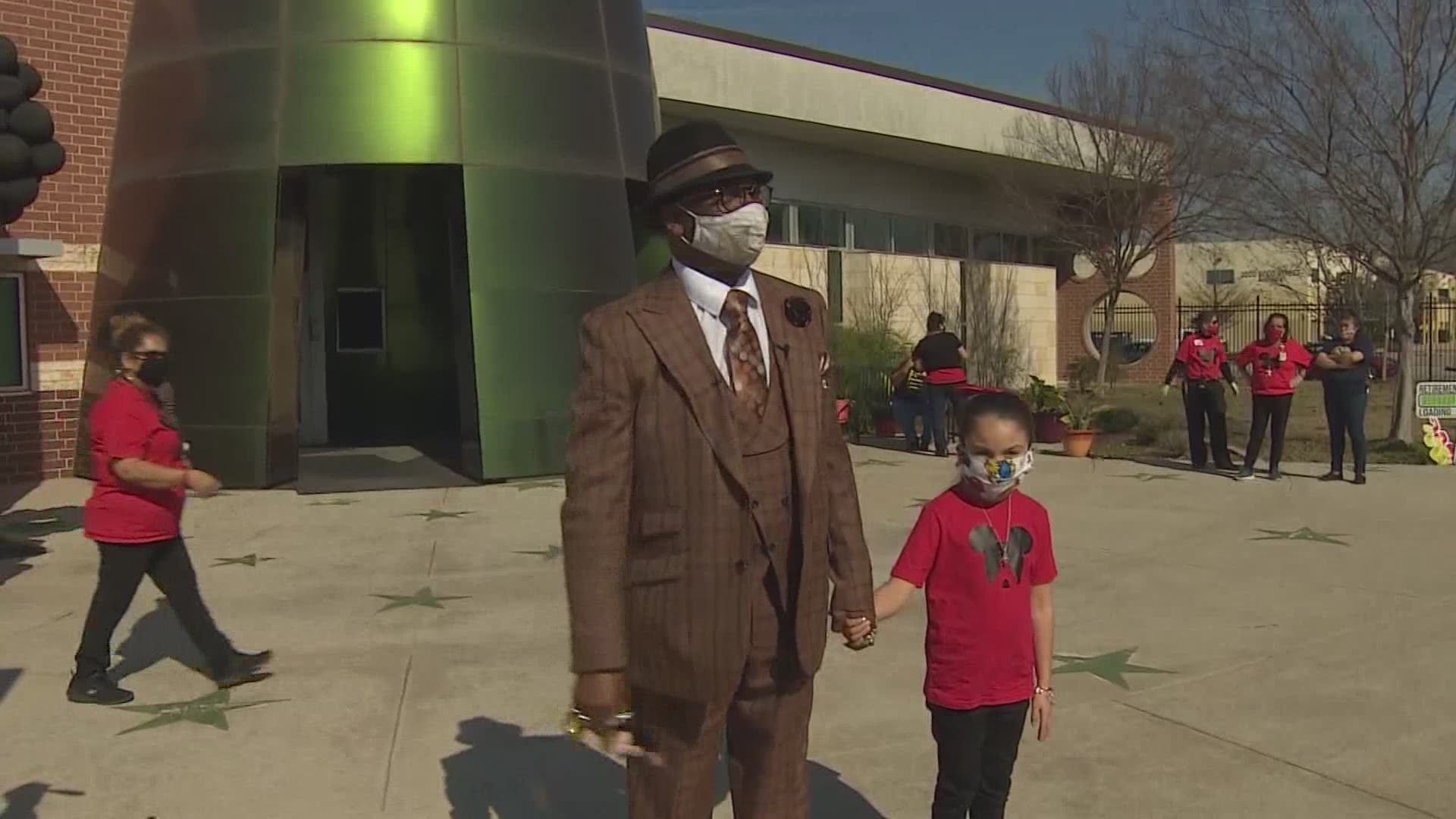 Dr. Albert Lemons is retiring after 55 years with Houston ISD and 30 years as principal at Atherton Elementary.

"This is the best of the best and we're going to miss him," said one colleague who participated in a drive-by retirement celebration outside the school.

“I’ve never seen nothing like this," Lemons said. "I keep looking to see where it ends!”

He began as a teacher soon after graduating from a then-segregated Kashmere High.

.. I asked Dr. Lemons about his biggest accomplishments. The rebuilt @AthertonES campus is chief among them. He had a big hand in the design.. From the hall of fame (including the likes of @GeorgeForeman & Barbara Jordan) to an abstract Mickey Mouse (his favorite) #khou11 @KHOU pic.twitter.com/b0vAgIHkqM

He later became the first African American principal at Oates Elementary. He then took the job at Atherton in 1990 where’s he’s been ever since.

"You have raised grandmas, mamas, daddies, uncles, aunties," HISD Interim Superintendent Dr. Grenita Lathan said. "And you’ve done everything you need to do.”

Lemons said his biggest accomplishment was rebuilding the Atherton campus a few years ago.

The new school includes an alumni hall of fame featuring the likes of boxing legend George Foreman and Barbara Jordan.

There's also an abstract Mickey Mouse on the exterior. The Disney character is one of the principal’s trademarks.

"This was my dream, God gave me this vision," Lemons said. "I gave it to the architect and the architect did everything I asked.”

Lemons plans to frequently visit the campus to which he is so connected.

"I've tried to do my best," Lemons said. “I want to thank everybody for all that they've done.”

Mayor Sylvester Turner was among the last to stop by the celebration to proclaim "Dr. Albert Lemons Day" in Houston.