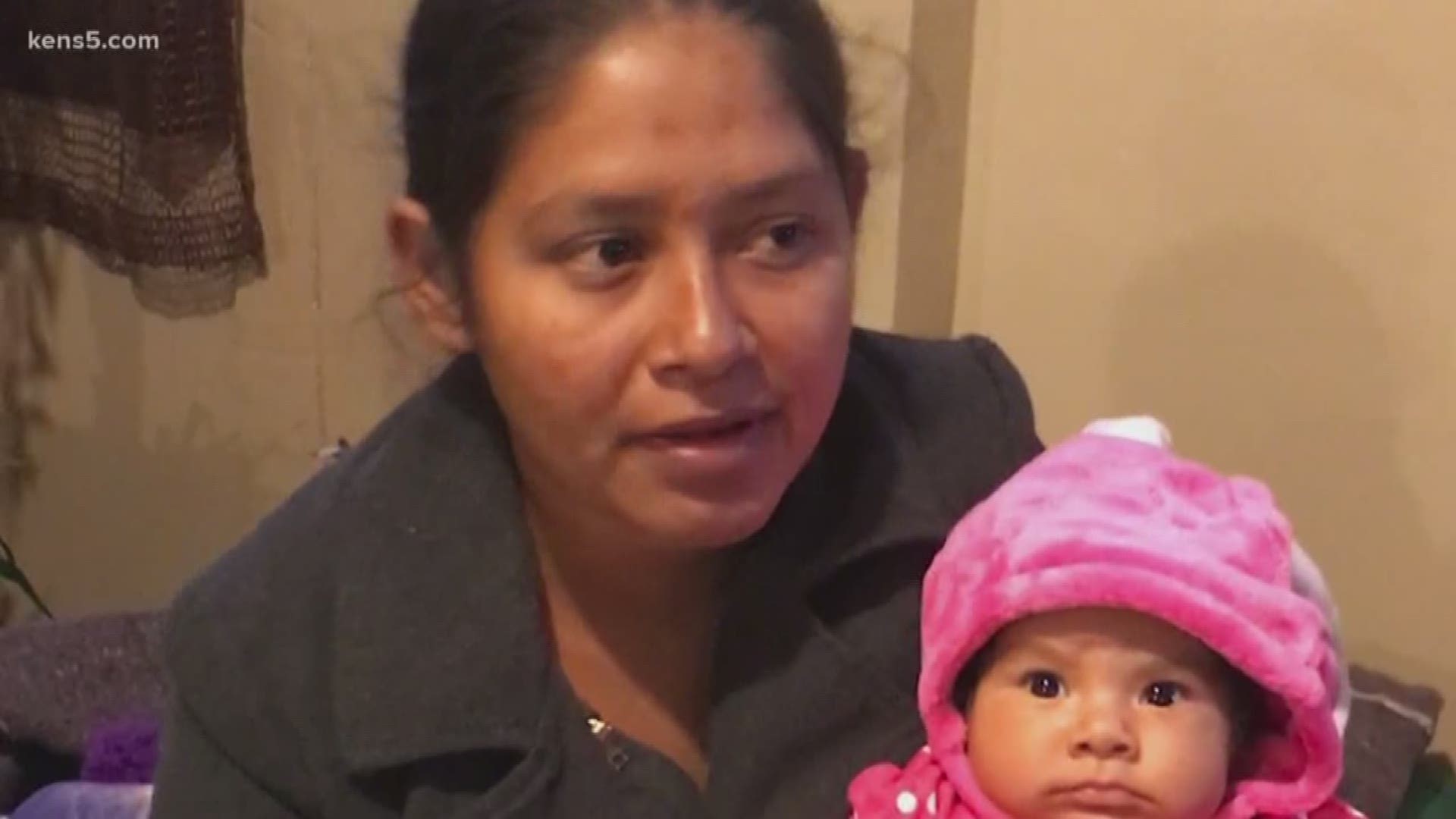 Eagle Pass, Texas — Migrants seeking asylum are waiting weeks, even months to have their case heard by an immigration officer, filling temporary shelters to the brim with asylum-seekers.

Across the U.S.-Mexico border from Eagle Pass, Texas, an increasing number of migrants are arriving to shelters that are over capacity.

People are forced to sleep on the streets and on bridge ports.

Yosari Carolina and her 2-month-old daughter were brought to Torre de Refugio, one of four shelters in Piedras Negras, Coahuila state, Mexico to shield themselves from the cold weather.

The Honduran mother explained in a video recorded by a local pastor how she migrated for two months while pregnant in order to reach the U.S.-Mexico border.

Yosari gave birth shortly after arriving to Piedras Negras before she was physically able to walk to the Eagle Pass international bridge in near-freezing temperatures over the weekend to seek asylum.

“I went on Friday under the rain to see if they gave me asylum, but they said no. Then I went on Saturday when it was very cold and the same happened. They told me to try again Monday,” said Yosari.

Gomez was the pastor who recorded Yosari’s testimony on his phone. He wants the world to learn about the migrant situation in Piedras Negras.

With all four shelters there over capacity, many migrants turn to the bridge in a desperate attempt to get ahead of a long queue of asylum seekers, Gomez said.

“You can see kids, women… it’s not a good place to stay the night,” noted Gomez.

Monday, in true southern fashion, a network of Methodist churches in central Texas responded to the call with a warm embrace, driving more than 200 miles from Johnson City, Texas to the border with a truck and trailer full of donations.

Once the volunteer group finished unloading the bags and boxes full of winter items, Johnson City Pastor Lee Romero handed Baxter-Ballou and the Mission Border Hope charitable organization a check for $1,350. The first of many, he promised.

“The governments get to deal with the immigration policies. But what we see is that people are in need, they can’t stay where they’re at – it’s not safe – and we don’t want to see people suffering,” said Romero.

Mission Border Hope and volunteers from the Eagle Pass Methodist church will sort through all the coats and blankets in the next couple of days. They will then coordinate with Gomez to make sure it goes to people like Yosari.

In the meantime, the network of Methodist churches in Texas is planning to deliver a second round of donations by next week. That’s when they expect another wave of about 300 to 400 migrants to arrive to Piedras Negras.