The cardinal's deputy allegedly manipulated a woman into a sexual relationship, even as he counseled her husband on their marriage, according to an AP report. 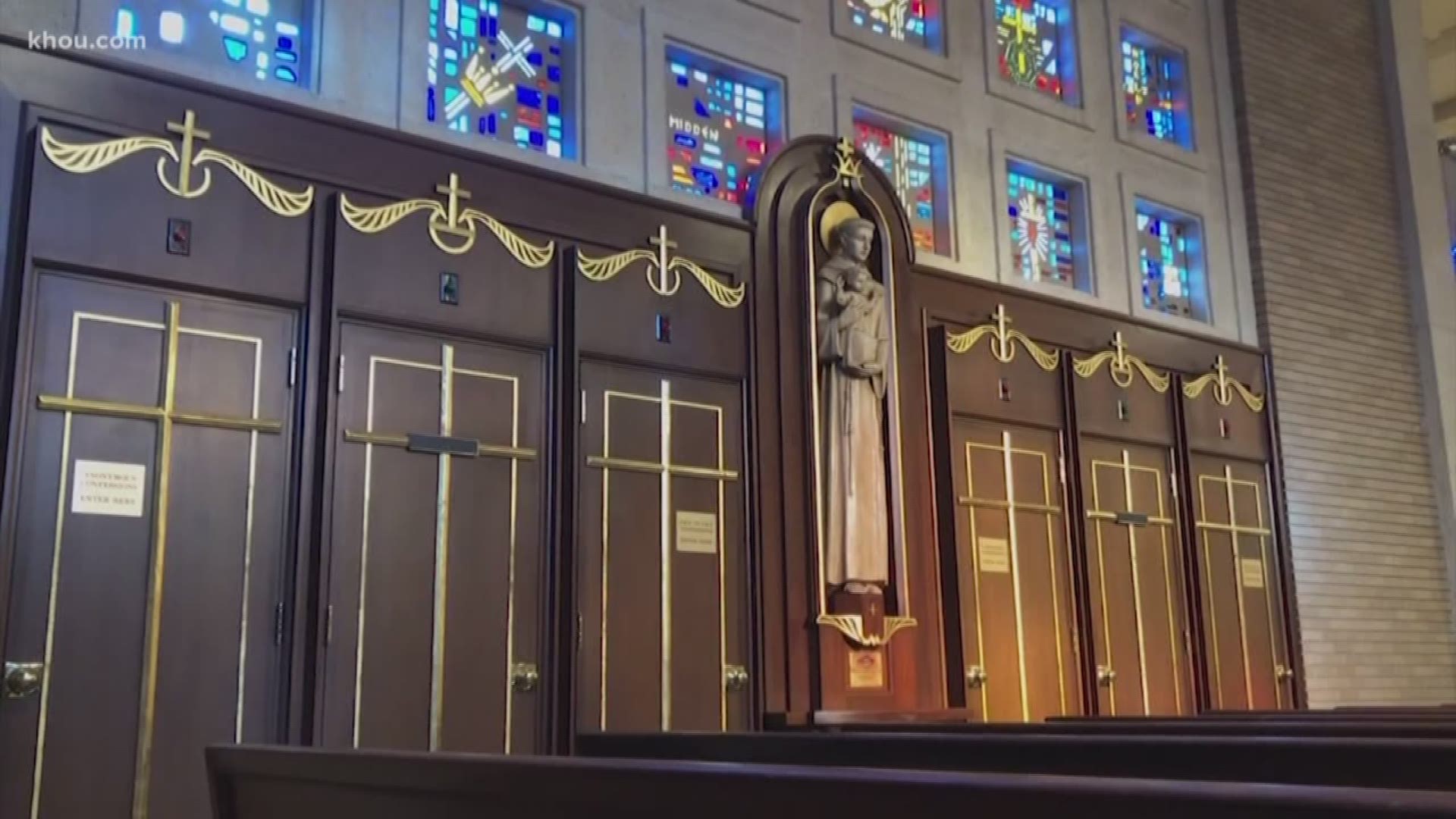 HOUSTON — The cardinal leading the U.S. Catholic Church's response to sex abuse is being accused of mishandling a case in which his deputy allegedly manipulated a woman into a sexual relationship, even as he counseled her husband on their marriage and solicited their donations.

RELATED: Who is Cardinal Daniel DiNardo?

The allegations against Cardinal Daniel DiNardo come just a week before he presides over a meeting of U.S. bishops to adopt new accountability measures.

Laura Pontikes said DiNardo thanked her for coming forward in April 2016 and called her a "victim."

But DiNardo allowed Monsignor Frank Rossi to return to ministry in a different diocese. The archdiocese said the relationship was consensual and Rossi had completed a "renewal" program.

On Tuesday, Rossi's new bishop put him on temporary leave after Associated Press inquired about a police investigation.

The Archdiocese of Galveston-Houston sent a statement out in response to the Associated Press report:

"The Archdiocese of Galveston-Houston categorically rejects the unprofessional, biased and one-sided reporting contained in today’s Associated Press story headlined “The Reckoning.” At each step in this matter, Cardinal DiNardo has reacted swiftly and justly — and has always kept the welfare of the Pontikeses in mind. A number of the quotes attributed to the Cardinal are an absolute fabrication.

"After Mrs. Pontikes reported an inappropriate relationship with Monsignor Rossi to the Archdiocese on April 6th 2016, Cardinal DiNardo removed him from the parish less than a week later and then sent Msgr. Rossi on April 21 to a treatment center for an assessment. Upon his return to Houston, Monsignor Rossi formally resigned from the parish on May 6th. He then went to a rehabilitation program until early December.   At the request of the Pontikeses, the Archdiocese entered into a tolling agreement with them — which basically suspended the time limit during which the Pontikeses could file a lawsuit. There was later a mutual agreement to enter into a confidential mediation process, which is still ongoing.   On August 1, 2017, Laura Pontikes, accompanied by her psychologist, met with a representative of the Archdiocese and Laura made, among other requests, a demand for a $10 million payment. Monsignor Rossi completed his rehabilitation process and was recommended to be returned to active ministry by the professionals who assessed him. Cardinal DiNardo, at the request of the Pontikeses, agreed not to reassign Monsignor Rossi in any capacity  in the Archdiocese of Galveston-Houston. He communicated this decision to the Pontikeses and Mr. Pontikes expressed his gratitude for that decision.

"The Archdiocese will continue cooperating with the authorities looking into this matter. Archdiocese of Galveston-Houston serves 1.7 million Catholics in 10 counties.  It is the largest Roman Catholic diocese in Texas and the 5th largest in the United States."