One look at the Bob and Johny Sorensen’s yard and you know the family bleeds red, white and blue. 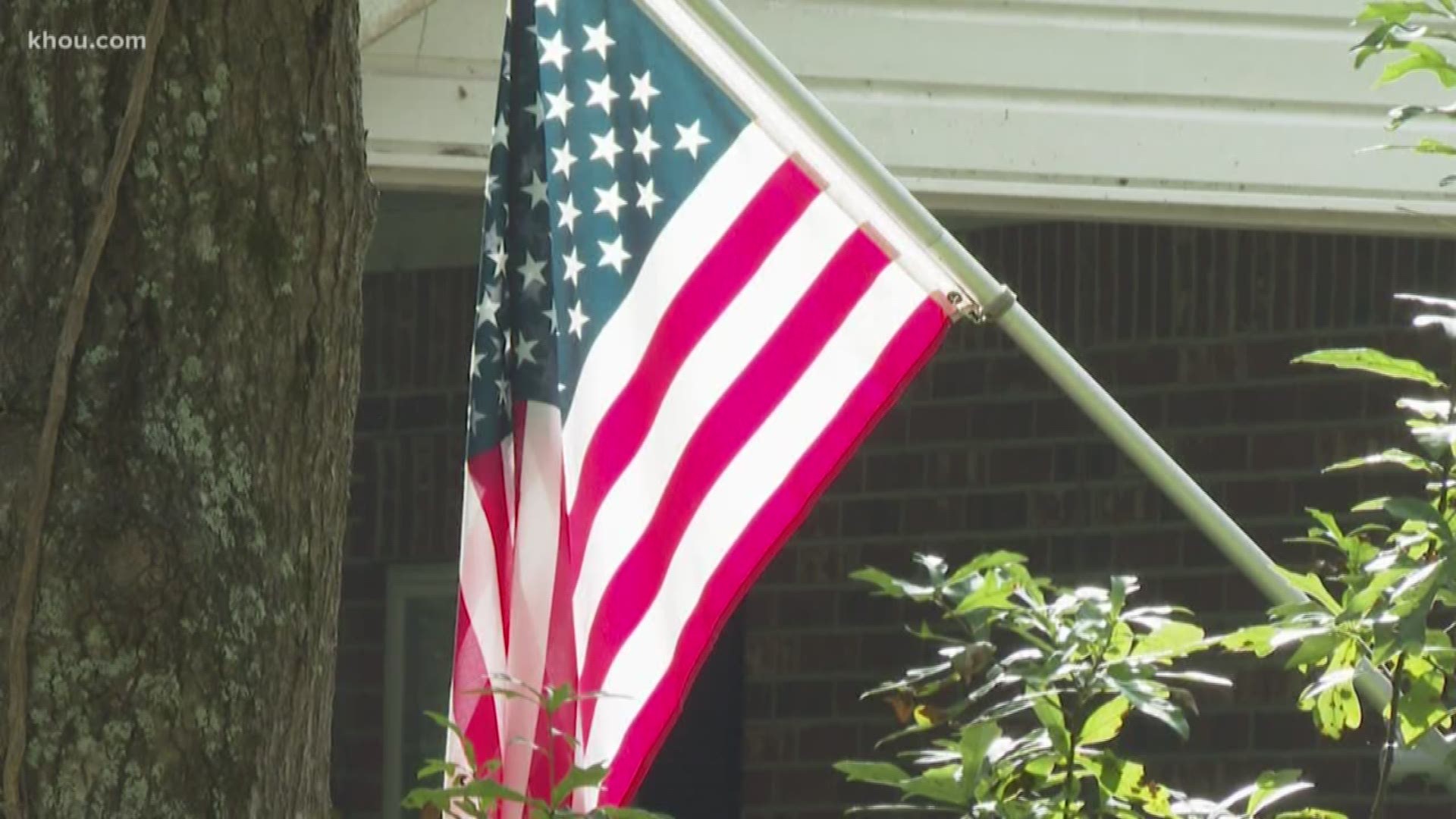 BAYTOWN, Texas — Fourth of July brings out the American spirit in all of us and one Baytown couple is showing their love for this country and the men in their lives who have served in the military in a simple but very special way.

One look at the Bob and Johny Sorensen’s yard and you know the family bleeds red, white and blue.

“It’s just one of our ways to show that pride and to show that we are happy to be Americans because we have so much to be thankful for," Johny said.

America-themed decorations are planted all over the place.

But it’s 10 flags lining the fence that mean the most to them.

“I thought it would be nice to have a flag for everyone," Bob said. "Especially the ones that aren’t here.”

Each is in honor of someone in their family who has served in the military.

“I really believe that each person represented here felt like it was their duty to be a member of the armed forces,” Johny said.

It started two and a half years ago when Bob put out a flag for his father Robert Sr. after he passed away.

He also wanted to include his grandfather Axel, who fought in Army during World War I.

Now the flags also include his brother James and son, Jared.

There is even one for Bob, who was drafted during the Vietnam War and served as a crew chief on a helicopter.

“I grew up with them," he said. "They were always there for me so I thought this was the least I could do.”

Bob said the flags will be out during all the major holidays.

It’s a small tribute to the greatest country in the world and the men and women who fight to keep it that way every day.

“I wouldn’t want to live anywhere else,” Bob said.