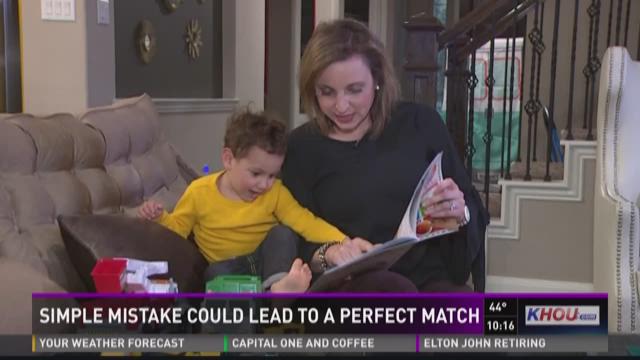 Have you ever ordered something online but received a totally random item? It happened to a Richmond woman when an Amazon worker accidentally sent her the keys to his life.

However, those keys opened a very unexpected and important door.

Kenneth Delerme and Nicole Shen are a match made through Amazon. She’s an avid shopper and he’s a star employee who works in the San Marcos packaging facility.

“I get a lot of packages,” Shen joked.

“I love my job,” said Delerme. “I'm one of the faster packers in the building.”

They’ve never met in person, in fact, they just crossed paths this past Friday when Kenneth’s keys slipped into a box he was packing. Those keys were shipped 150 miles, right to Nicole’s Richmond door.

“I just instantly was like, these are car keys! This is in apartment key! I've got to find this guy.” she said.

So, Shen took to Facebook, posting a picture of his keys and his Amazon employee badge then with the help of her network, she found him and arranged shipping his keys back to him.

That came as quite the relief to Delerme as he had to have his car towed and was sleeping at his friend’s apartment because he couldn’t get back into his.

“It was so amazing what Nicole did.” he said.

But during this whole exchange, Delerme noticed that several of the online comments suggested he “swab” as a way to thank the Shen family.

That’s when he found out about Shen’s 3-year-old son, Roman, who was diagnosed with a rare disease called Schwachman Diamond Syndrome.

“If primarily affects the pancreas, the liver and the blood. The blood is the most fatal part,” Shen explained.

Roman makes zero white blood cells on his own which means simply catching a cold could kill him. He needs to find a bone marrow match because there’s a strong possibility he will need a transplant.

“I'm really careful about who comes around us because he can't get sick. It's so dangerous for him.” Shen said.

That’s why she shops so much online, to protect Roman from germs.

This family has spent most of Roman’s life searching the globe for a donor, asking anyone and everyone to simply swab their cheek.

“I'm his mom, I have to find his match out there so I will swab anyone that I meet basically.” she said.

Some people, even friends have told them no.

“It hurts every time because this is my son and we're trying to save his life.” she said.

However, when Delerme found out about Roman’s condition, he asked how he could help.

He joined the registry, bought one of Roman’s shirts and even got others swabbing.

“All my friends and coworkers and family are helping Roman or other people that need bone marrow,” said Delerme.

Now these new friends hope the match made on Amazon will lead to Roman’s life-saving match made in heaven.

“I was like, this is a God moment right here. This is the universe helping us,” said Shen.

“We all say Leukemia is awful, cancer is awful, I wish I could do something… you can! That cure’s in you and that's the medicine. That’s the medicine my son needs.” she said.

To join the bone marrow registry and to learn more about Roman, click here.