“I was extremely scared. I thought he was gonna kill me," Dominique Bibbs told KHOU 11 in an exclusive interview. 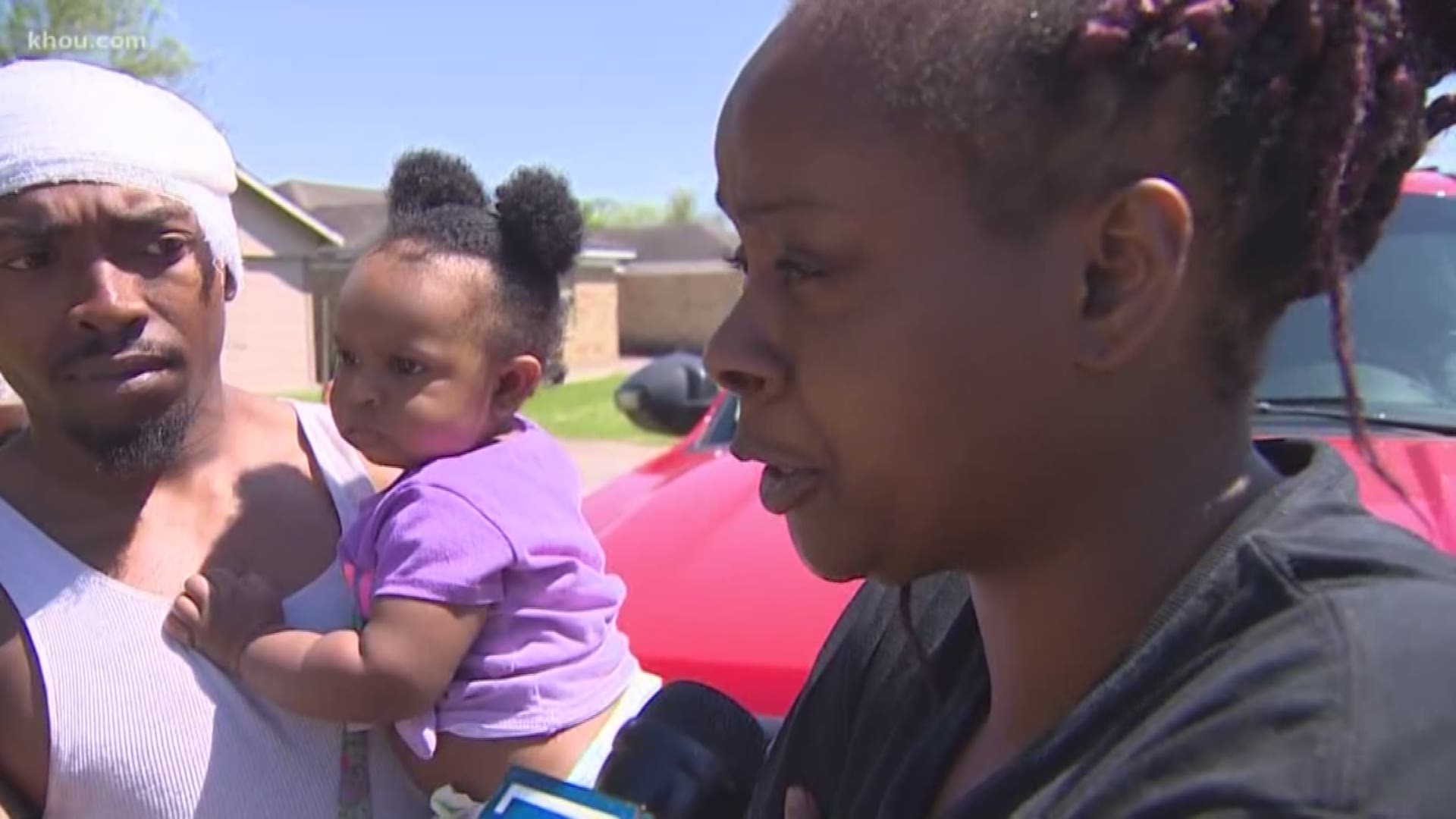 HOUSTON — A hostage situation in south Houston is over after a tense standoff that lasted more than six hours.

A baby girl and four adults are safe and the suspect is in custody.

The whole thing started  around 5:30 a.m. Tuesday when police got a call from a woman saying the suspect choked her and put a gun to her head.

Officers responded to the home in the Sunnyside neighborhood within minutes and heard a woman screaming inside.

“I was extremely scared. I thought he was gonna kill me," Dominique Bibbs told KHOU 11 in an exclusive interview.

Bibbs said her stepbrother, who has a history of mental illness, began yelling at her as soon as she woke up.

“When I realized that he may be a little off, I grabbed my baby and he grabbed me by the neck," Bibb said.

She managed to pull away but said her stepbrother then pistol-whipped her boyfriend.

“I don’t know what made him flip out today. It’s the first time he ever did this," JaQuavian Riser said. “I wasn't trying to be no hero or anything. I know in most situations, you have to stay calm, so I just tried to stay calm."

Police credit the hostages with taking control of the situation while the suspect was talking with hostage negotiators.

"At some point, the hostages in the house saw an opportunity when he was on the phone and he put the firearm down," HPD Assistant Chief Larry Satterwhite said.

"I grabbed it, then moved out of the way," Riser said. "I wrestled him. She [Bibb] wrestled him too."

Negotiators heard the commotion on the phone and rushed in to rescue the hostages.

The 32-year-old suspect has a history of mental illness and police say they have dealt with him in the past.

Bibb said their daughter Jacqueline turns 1 on Wednesday. They plan a big celebration, thankful that they're all safe.

‘9 men thought they were meeting teens for sex.’ They were wrong, investigators say