The Suburban was being chased by a Dimmit County deputy prior to the crash, the sheriff said. 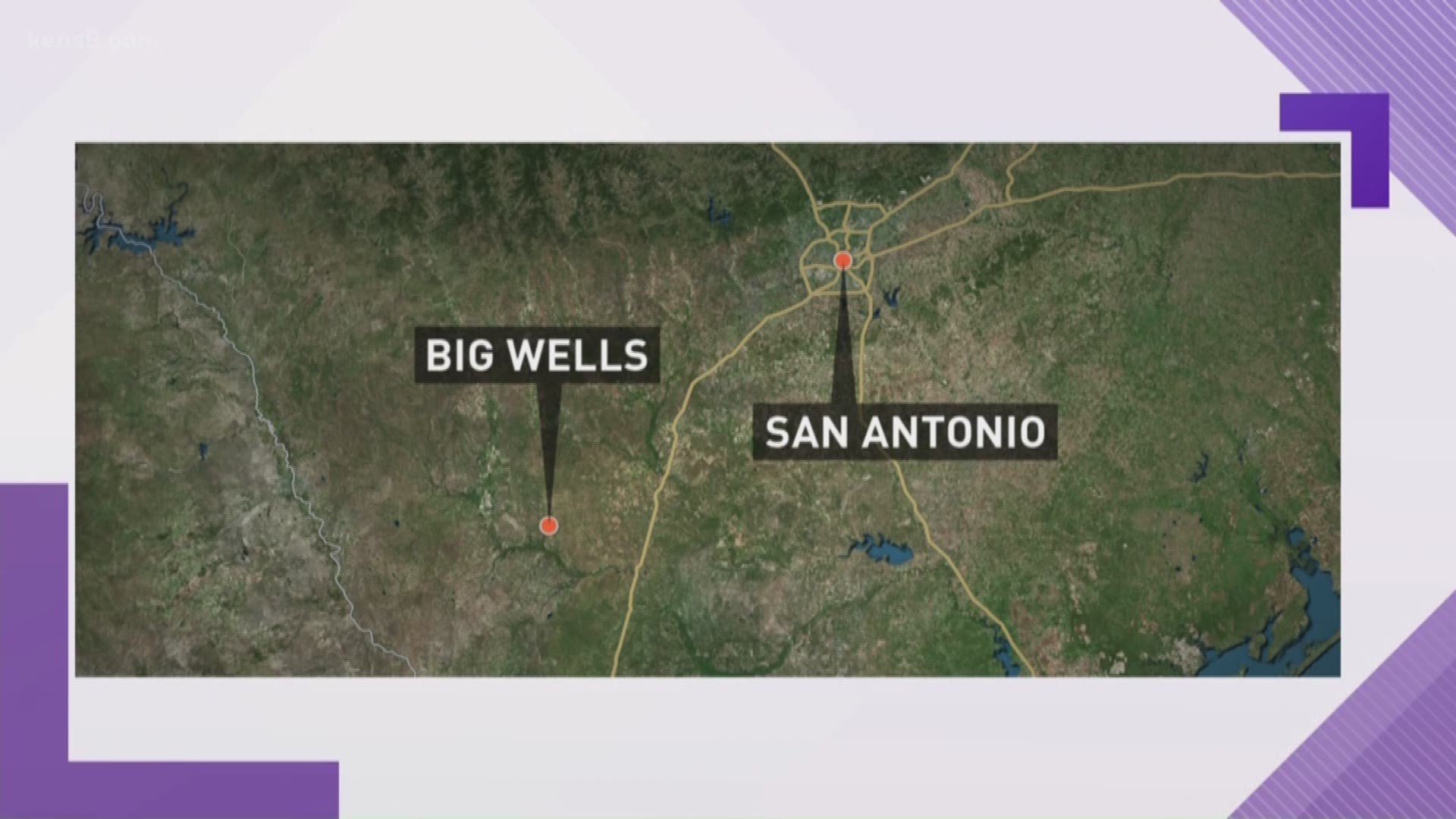 The accident happened before noon Sunday off Highway 85 in Big Wells, about 130 miles southwest of San Antonio.

Boyd says a deputy in the area responded and took over the high speed chase that reached more than 100 miles per hour. He says the SUV with immigrants inside ran off the road during the chase, caught gravel, causing it to roll over.

Boyd said there were 14 people in the vehicle at the time of the crash. He says the only U.S. citizen was the driver and added that there were only two women in the Suburban and one of them was 17 years old, the youngest victim. He adds that no children were in the truck.

It's unclear why the Dimmit County Sheriff's Office took over the chase, Boyd only added that they work closely with the agency.

He says at the time of the pursuit the deputy did not know if the driver of the SUV had committed a crime, only that they were evading Border Patrol.

BREAKING- @KENS5 chopper over the scene of that deadly crash after a police chase 130 miles SW of San Antonio. LEO on scene tells us 5 undocumented immigrants did not survive. @AdiGTV on the scene. pic.twitter.com/Ima5gUoNax

According to Customs and Border Protection, the vehicle was one of three driving along FM 2664 Sunday morning. Border Patrol agents stopped the other two vehicles and made arrests.

Officials said four of the immigrants died at the scene, while nine others were injured. One person died at a San Antonio hospital. Eight victims have been taken to two hospitals in San Antonio: Brooke Army Medical Center and University Hospital, according to officials with the Mexican consulate.

Boyd says he was informed one victim is in very,very critical condition and may not make it. He says if the victim does make it, he or she may not fully recover.

Boyd said the driver of the Suburban was also injured and was flown to a San Antonio hospital. The driver is a U.S. citizen and is likely to face state and federal charges, Boyd said. His name has not yet been released. He is still in the hospital.

Amelia Flores says the Suburban with the undocumented immigrants inside zoomed past her on the shoulder of the road, before losing control.

"There was a big dust of dirt in the air and as soon as it settled I just saw all of the bodies," Flores said.

The pediatric nurse says she pulled over and forced herself to hold back tears and quickly jumped into action.

"They were just asking for help, help me, help me, I hurt," Flores recalled.

Flores says she preformed CPR on three victims, checked pulses, turned people over and continued to help victims after medical help arrived. She says the two women inside the truck were a mother and daughter.

She said another driver with a medical background also pulled over to help victims.

Both sides of Highway 85 were closed for several hours. Vehicles were detoured to FM 468 and FM 1867. According to the sheriff's office, the road had re-opened as of 6:08 p.m. Sunday.

Boyd says this crash is why America needs a more secure border and why a building a wall is essential. He says the Southwest area is one of the weakest points for border security.

He adds that the law needs to be followed, but says he's compassionate for immigrants seeking a brighter future.

Several people are expected to be charged in Federal Court this weeks but their names have not been released or the charges they will face.