Police: Icy roads to blame for 10-vehicle crash in Magnolia 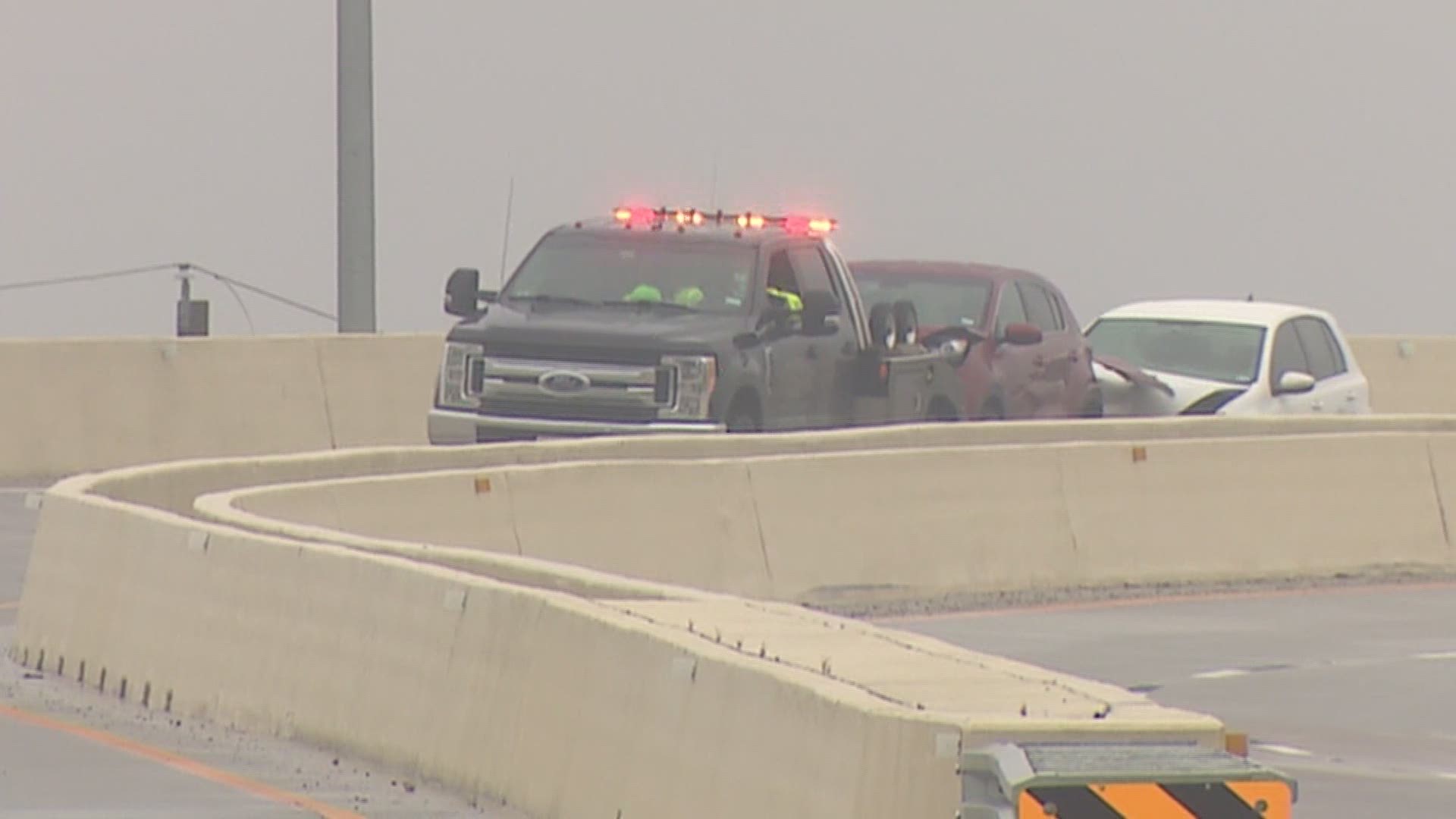 MAGNOLIA, Texas — Magnolia police said icy roads are to blame for a 10-vehicle crash that happened early Friday morning on an overpass between FM 1488 and FM 1774.

The crash scene has been cleaned, bu the overpass is still closed on both ends.

One person was taken to the hospital to be checked out but fortunately, no serious injuries were reported.

Video taken from the scene shows a school bus appeared to be involved in the crash, but police confirmed that the bus was just stopped by the wreck.

Police told our crew on scene that this was one out of four to five crashes that happened in Magnolia Friday morning -- all of them caused by icy roads.

Officials are urging people to stay off the roads. Bit if you must travel, be careful.

We will have more on this story on KHOU 11 News at noon.

HAPPENING NOW: @MagnoliaTXPD working to clear a 10- car crash scene caused by icy roads — this is the overpass at FM 1774 in Magnolia.
Crash happened around 7am — fortunately, no serious injuries.
Please BE CAREFUL out on the roads, & STAY HOME if you can. #khou11 #HTownRush pic.twitter.com/xgdqRp4Lii