Laura’s family said they were doing the right thing by never missing a court date and routinely checking in with immigration. 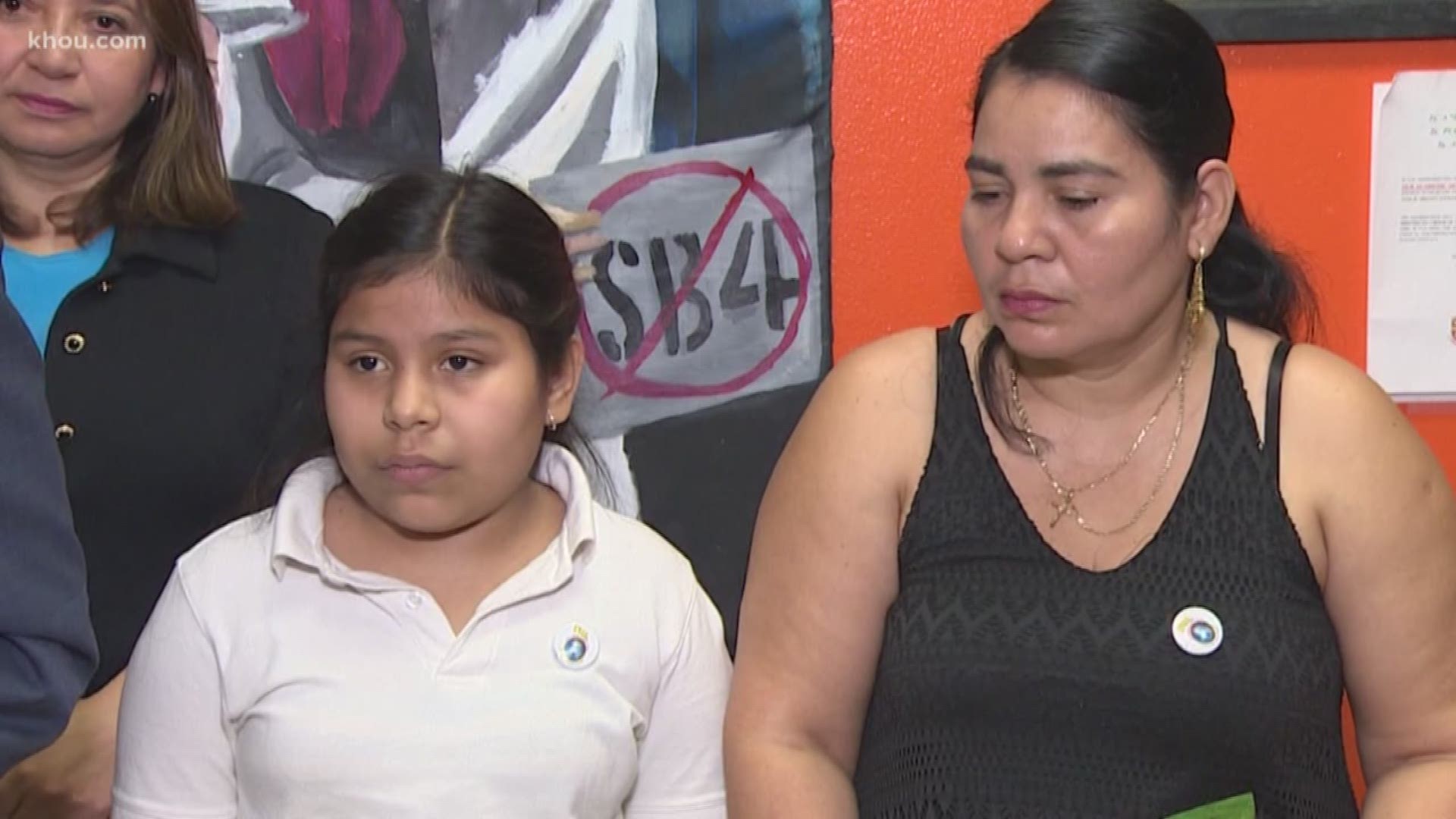 HOUSTON — An 11-year-old girl may be sent back to El Salvador alone after what her family calls an immigration court screw-up.

“I want to stay here,” said Laura Maradiaga in Spanish during a news conference on Thursday.

Immigration rights group FIEL Houston and others are working to keep Laura where she said she feels safe.

“We find ourselves with an 11-year-old who could potentially get deported to El Salvador by herself,” said FIEL’s Cesar Espinosa.

According to FIEL, Laura, her mother, and a sister entered the country illegally at the southern border back in October.

“The family came here for a better life and to get away from violence,” said Espinosa.

Advocates said the family showed up to multiple court dates, as instructed.

One of those hearings was rescheduled during the government shutdown. That’s when they believe Laura disappeared from the immigration court docket.

They got a deportation notice for Laura just this week.

“This is a mistake that shouldn’t happen, but it happens,” said immigration attorney Silvia Mintz. “And it happened because the immigration courts are overloaded.”

Laura’s family said they were doing the right thing by never missing a court date and routinely checking in with immigration.

They believe the government’s mistake leaves the 11-year-old in jeopardy.

KHOU 11 News reached out to the Department of Justice’s immigration division.

The department confirmed an order of removal was issued against Laura.

There was no mention of the government shutdown in its statement.

We’re still trying to find out why she’s the only member of the family facing deportation.

Watch the press conference here on Facebook or in the video below: