Police said there were at least 20 to 25 people working inside of the warehouse when the shooting happened. 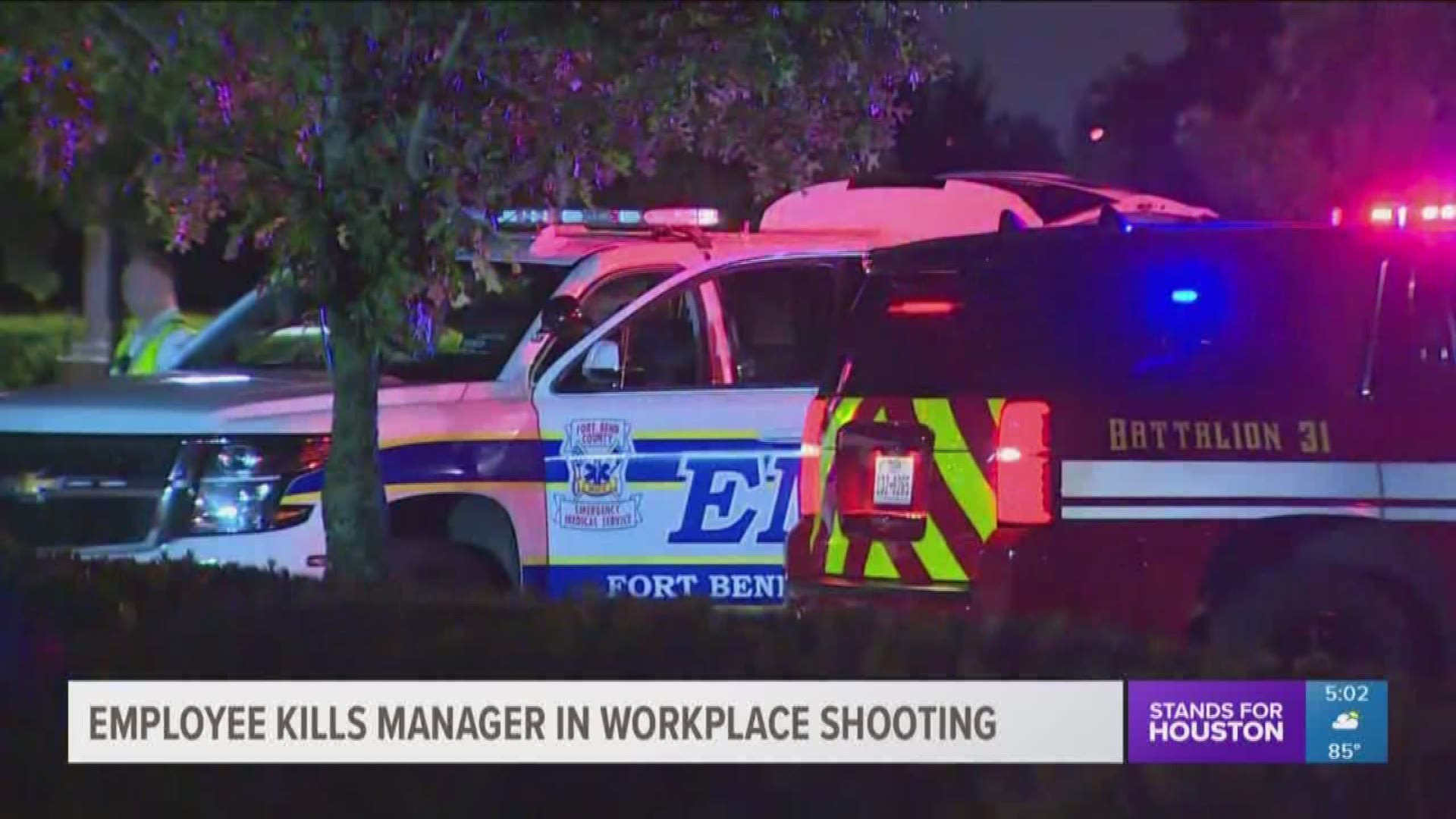 MISSOURI CITY, Texas – Police say one person was killed and another was wounded when a woman opened fire inside a Missouri City, Texas food distribution business early Monday.

The shooter, Kristen Peralez, was also wounded and later died at the hospital.

The Missouri City Police Department confirmed Peralez and the two victims were all employees at the warehouse.

The victim who died was an overnight manager. He has been identified as Francisco Reyes.

NEW: Police say the shooter and both victims all work here at #BenEKeithFoods. Say the victim who died was the overnight manager here. #khou11 #HtownRush

The shooting happened sometime before 3 a.m. at Ben E. Keith Foods warehouse in the 700 block of Cravens, according to the Missouri City Police Department.

Police said there were at least 20 to 25 people working inside of the warehouse.

The victim who was sent to the hospital was shot in the leg, according to police. He has been identified as Fredencio Janas.

Captain Paul Poulton says Peralez walked outside after the shooting and was confronted by an officer. The officer fired his weapon toward her. Peralez was shot above the chest but it is unclear if she shot herself or if the officer shot her.

The officer was not injured in the shooting.

During a press conference, Poulton said Peralez may have posted some things on social media moments before the shooting. They are in the process of reviewing her accounts.

Police confirmed that the Peralez's husband worked at the warehouse and was inside the building. Her husband actually helped the victim who was shot in the leg, police say.

Investigators are interviewing all the employees who were inside the building to gather more information. A few employees said they spoke to the woman moments before the shooting.

At this time, police said they are not speculating a motive.

The scene is considered secured but the investigation is ongoing.

“This is the first active shooter situation Missouri City has encountered and we want to assure the public that the shooting did not affect any area outside of the Ben E. Keith facility,” said Missouri City Police Chief Mike Berezin. “The scene is completely contained.”