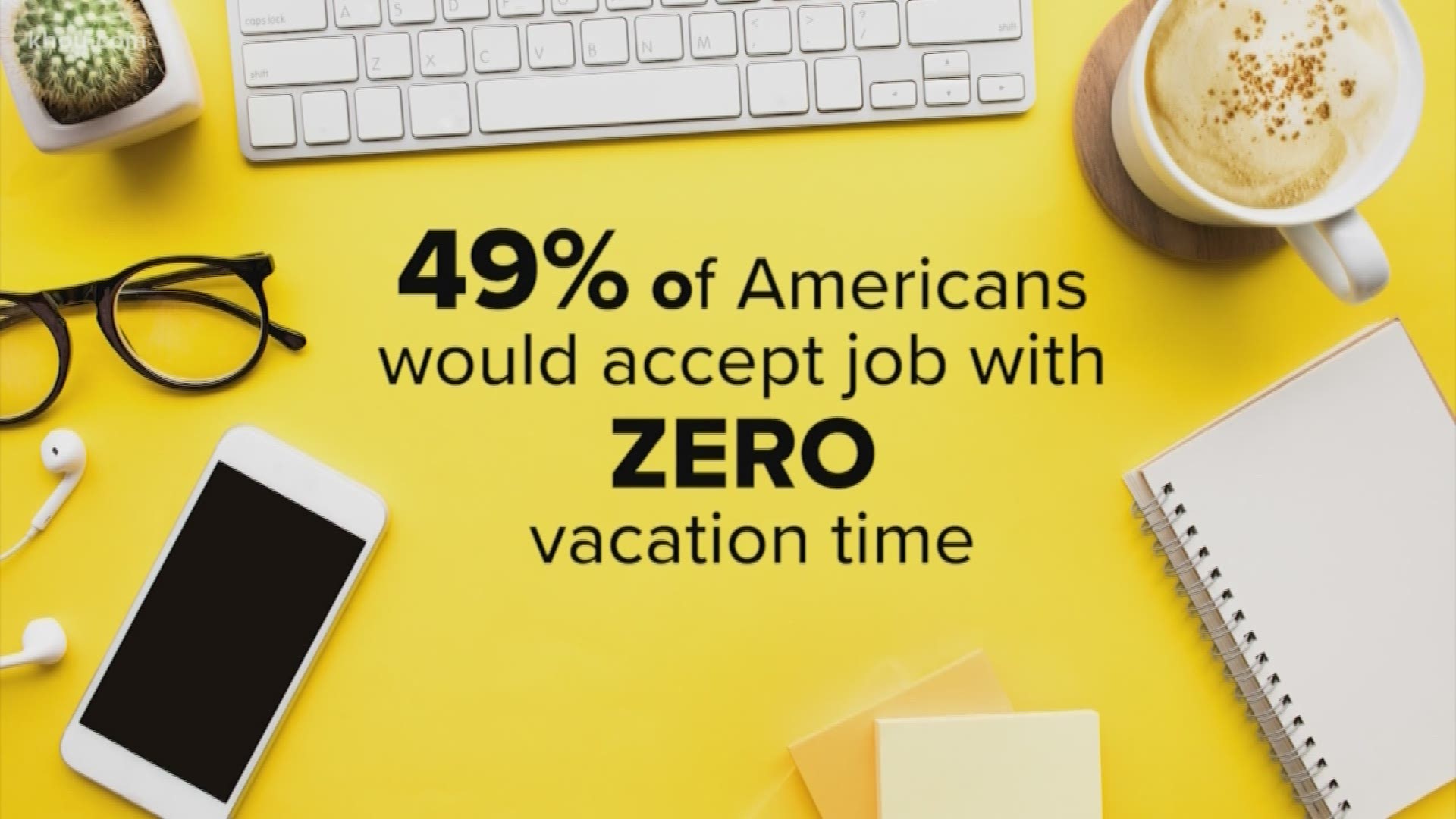 HOUSTON — More money or paid time off -- what would you choose?

A new survey by Allianz Insurance found nearly half (49 percent) of Americans would take a job with zero vacation time if and only if it meant a lot more pay.

57 percent of men were keen on that idea compared to just 41 percent of women.

But the key here Is how much more money we're talking. The average American says he or she would need a 48-percent salary increase to even consider giving up their vacation time. That means if you're making $60,000 a year, you'd want to bring home an extra $28,800.

Only 1 in 5 people would do it for less than a 24-percent pay bump.

There are still plenty of Americans who do value time off more than money. 34 percent say they'd give up a chunk of their salary in exchange for unlimited vacation time. Although more U.S. companies are beginning to offer unlimited paid time off, so far, only 12 percent of Americans say their jobs even give them that option.