What you need to know about GameStop frenzy | Money Smart

A group of amateur investors catapulted the value of the GameStop stock and went head-to-head against Wall Street. Here’s one analyst’s take on the ending. 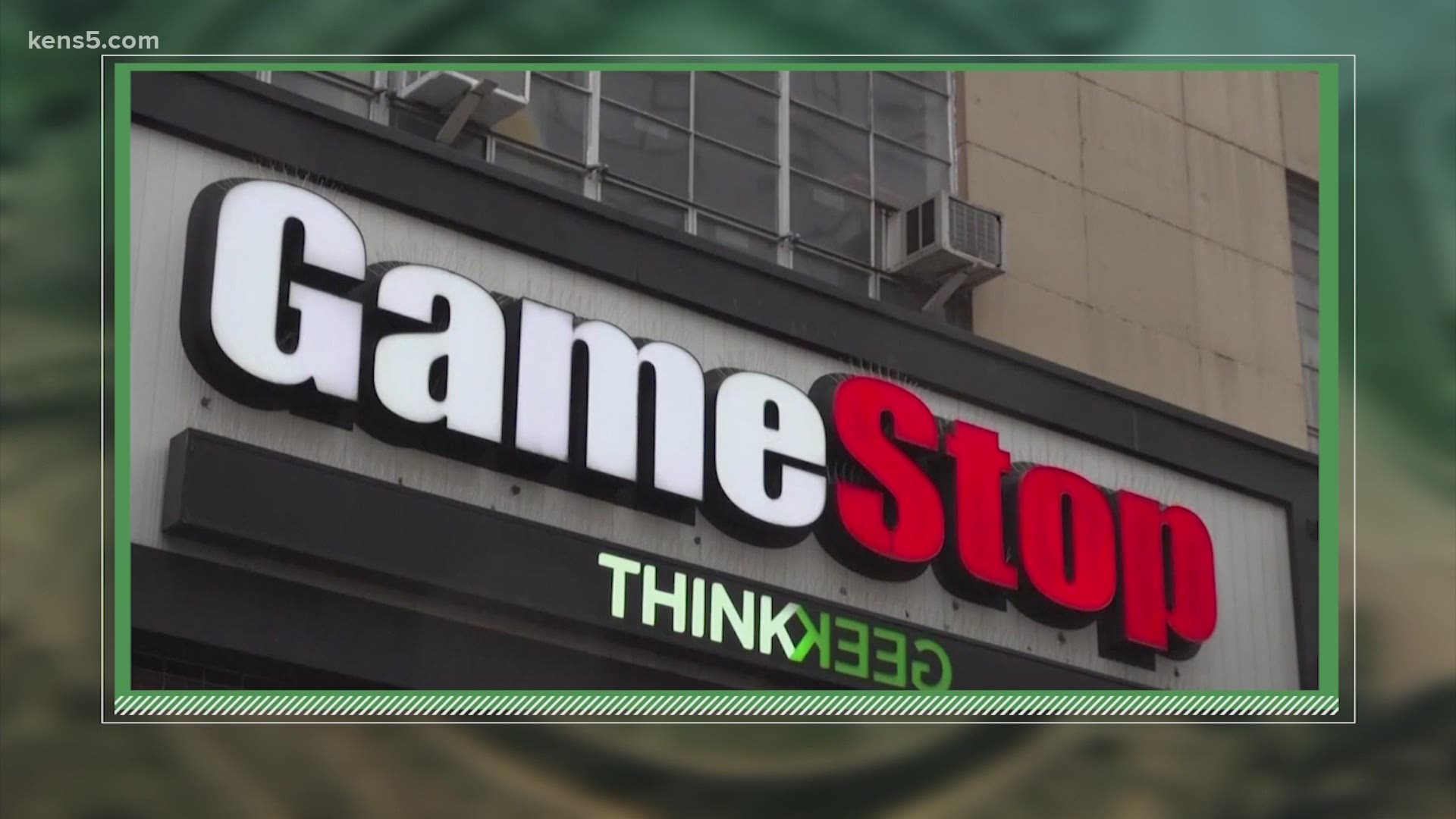 SAN ANTONIO — A group of amateur investors on Reddit catapulted the value of the GameStop stock and went head-to-head against Wall Street. As the frenzy continues over what some are calling a David and Goliath story, here’s one analyst’s take on the ending.

A group of amateur investors on Reddit known as WallStreetBets decided to target hedge funds, also known as Wall Street investors, and organized a coordinated effort to buy GameStop stocks. These Wall street investors were planning on making money by short-selling this particular stock. Short-selling is a strategy where investors borrow shares of a stock and sell it on the market. The hedge funds were betting that the price of these stocks would go down. They were hoping to buy it back later for a cheaper price and pocket the difference.

But the WallStreetBets investors threw a wrench in their plan by buying GameStop stocks and forcing the stock price to go up. As a result, the hedge funds were losing money on their bets. In order to cut their losses, they had to buy the stocks back. According to S3 Partners, a financial analytics firm, hedge funds have lost more than $5 billion dollars.

The WallStreetBet’s coordinated effort is under new scrutiny. People are raising questions about market manipulation, an illegal strategy where you rig the supply and demand of a stock. KENS 5 spoke with a local financial advisor about this possibility.

“There’s all kinds of shenanigans that do go on in the stock market for sure and there could be some in this particular instance as well. We just don’t have any proof,” said Karl Eggerss, senior wealth advisor and partner of Covenant. “At the end of the day, this is all about fear and greed. It doesn’t matter if it’s tulips, or the dot-com bubble, or GameStop. There’s always going to be something like this where there’s a herd mentality."

Another problem that popped up is that brokerage apps like Robinhood halted trading of this particular stock and prevented small investors from buying in.

“They can do that but there’s the argument that they shouldn’t be allowed to do that,” said Eggerss. “A lot of these brokerage houses do not charge commission or transaction fees anymore. It’s literally free to buy or sell stock. So, you would say, how do some of these places like Robinhood make money when we’re buying and selling stock? What they do is they take what’s called their “order flow” and they sell that information to some of the big hedge funds out there. The big hedge funds may be able to see trades that are going through.”

As for how this saga will end, Eggerss believes the market will eventually fix itself.

“During the dotcom bubble, when stocks got too expensive guess what? They came back down to earth. When something’s too cheap? People tend to buy it and it comes to a fair value. These things tend to self-correct,” said Eggerss.