How often do you make an impulse purchase, only to regret it the next day? 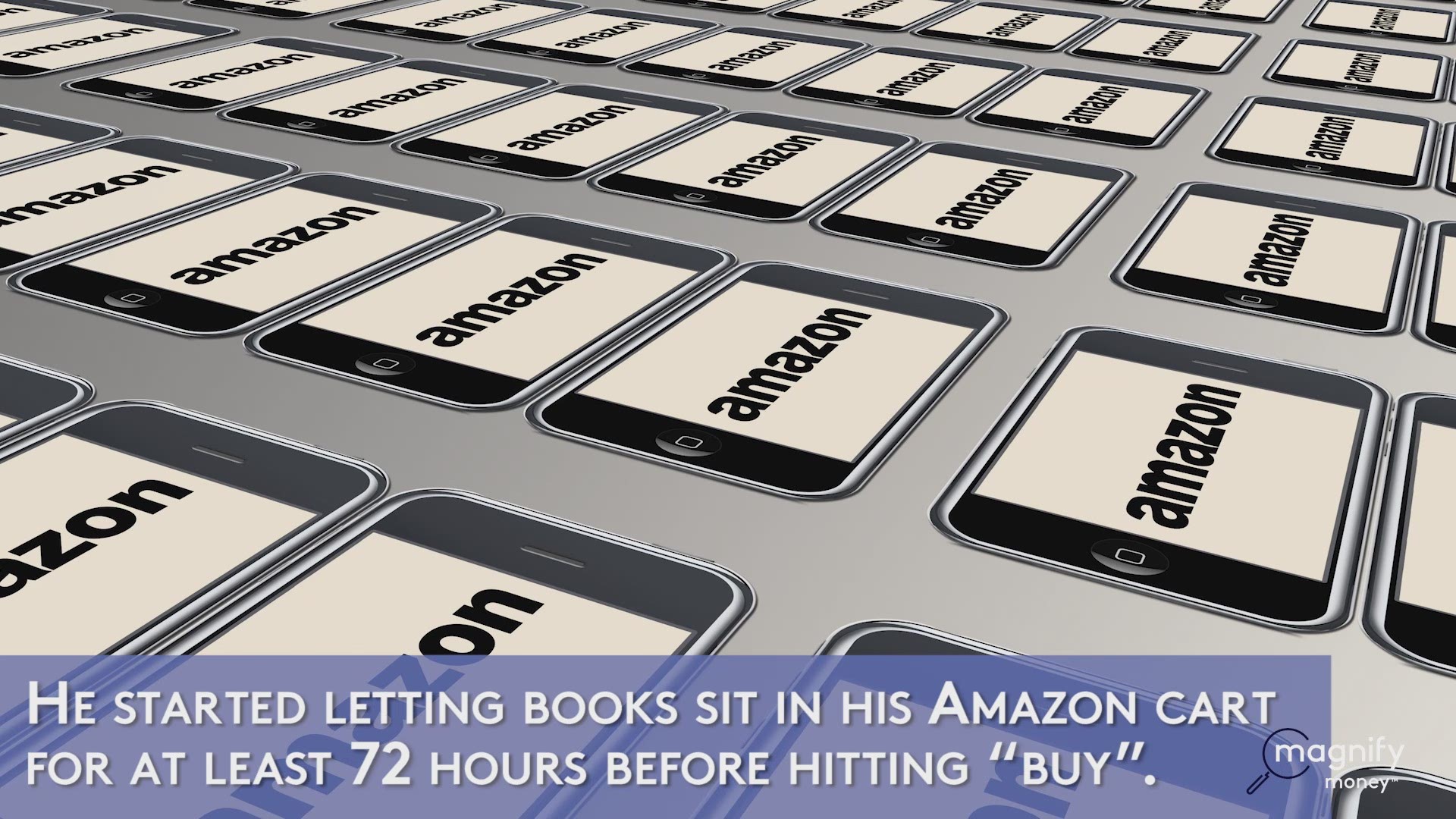 How often do you make an impulse purchase, only to regret it the next day?

Journalist and money expert Carl Richards came up with the “72-hour rule” to kick his habit of buying every book he wanted on Amazon, ending up with a pile of unread books.

Now, he says he lets a book sit in his shopping cart for at least 72 hours before hitting “buy,” and he’s saving money only buying books he will actually read. You can apply a similar practice to your spending habits.

Our brains respond positively to instant gratification. It’s why so many of us find it difficult to save money or lose weight. We want the item or food now, and when there’s nothing stopping us, why wait?

You need the space between receiving the money and spending it to think. The shorter that space is, the less time you have to think and the more likely you are to spend the funds impulsively.

Tax refunds are a prime example of a time when it can be tricky to control your urge to spend. Tax refunds averaged $2,860 in 2016, according to the IRS. This year, a SunTrust survey found about 1 in 4 Americans already planned to spend their refund money on a large purchase before they even received the funds. That proportion rises to 36% among millennials and 40% among Gen-Xers, according to SunTrust.

“People often look at their tax refund as found money like lottery winnings or inheritance. The temptation to spend surprise money on something fun or frivolous is strong,” says Denver, Colo.-based Certified Financial Planner Kristi Sullivan.

You want to avoid doing that. Your tax refund isn’t lottery winnings or an inheritance. It’s your hard-earned money being returned to you with no interest gained.

That’s not great, considering the average citizen admits they can’t pull together $400 in case of an emergency.

James D. Kinney, a financial planner in Bridgewater, N.J., says “hitting the pause button on spending impulses gives the rational brain time to think” of more practical ways to use the money, like getting out of debt, contributing to a college savings fund, or adding to savings.

Although, he acknowledges that when you’re living paycheck to paycheck, it’s a little harder to resist a sudden — albeit predictable — boost to this month’s budget.

“People feel constrained by their paycheck all through the year, then suddenly this windfall of money gives them the ability to splurge. The temptation can be hard to resist,” says Kinney.

Here are a few ways you can manage the temptation, and the time.

Once you know what your financial goals are — whether they are saving up for a new car or paying down student debt — the key is to look at every financial choice and determine whether or not it will help or hurt your progress toward that goal.

“A need that you haven’t already bought is rare. Wants are everywhere. Time to reflect might have you making a more mature decision with your money,” says Sullivan.

Do some soul searching to see where your financial priorities lie. You might find your need to pay off your credit card this month to avoid paying more in interest outweighs how badly you want that new gadget. Think about it.

“Sit down and think about other pressing financial issues, and how you plan on paying for them,” says David Frisch, a Melville, N.Y.-based financial planner. He suggests you review bank statements, brokerage accounts, long-term goals, and other financial considerations, then give some thought to whether or not you’re on track to achieve them.

For example, if you realize you don’t have enough in your emergency fund to cover three to six months of expenses, you might decide to put the money there instead of spending it. Or, if your refund could completely pay off a high-interest debt like a credit card, you might decide to free yourself from the debt burden.

Holding back on purchasing something you really want can be painful, but it doesn’t have to be complete torture. Sullivan suggests taking the edge off with a small reward for each day you wait. It’s a lot like crash dieting, which experts agree never works. If you deprive yourself of too many small pleasures for too long, you might see a doughnut one day (or maybe that new iPhone) and not just buy one but the whole dozen. But if you have a treat once in a while, you might not be as likely to binge later.

Just make sure the reward you choose isn’t too expensive, and you should avoid getting into more debt. Your “reward” could serve as a break while you comb through your finances.

Take some time to think before spending whenever you receive unexpected income, and you might make better spending decisions. Maybe you need only 24 hours, instead of 72, or maybe you need a little longer to decide what to do with money, but the same lesson applies. If you’re considering a purchase that’s a “want” and not a “need,” think before you buy.