7 reasons why your mortgage application was denied

Was your mortgage application denied? Here are some reasons why that may have happened. 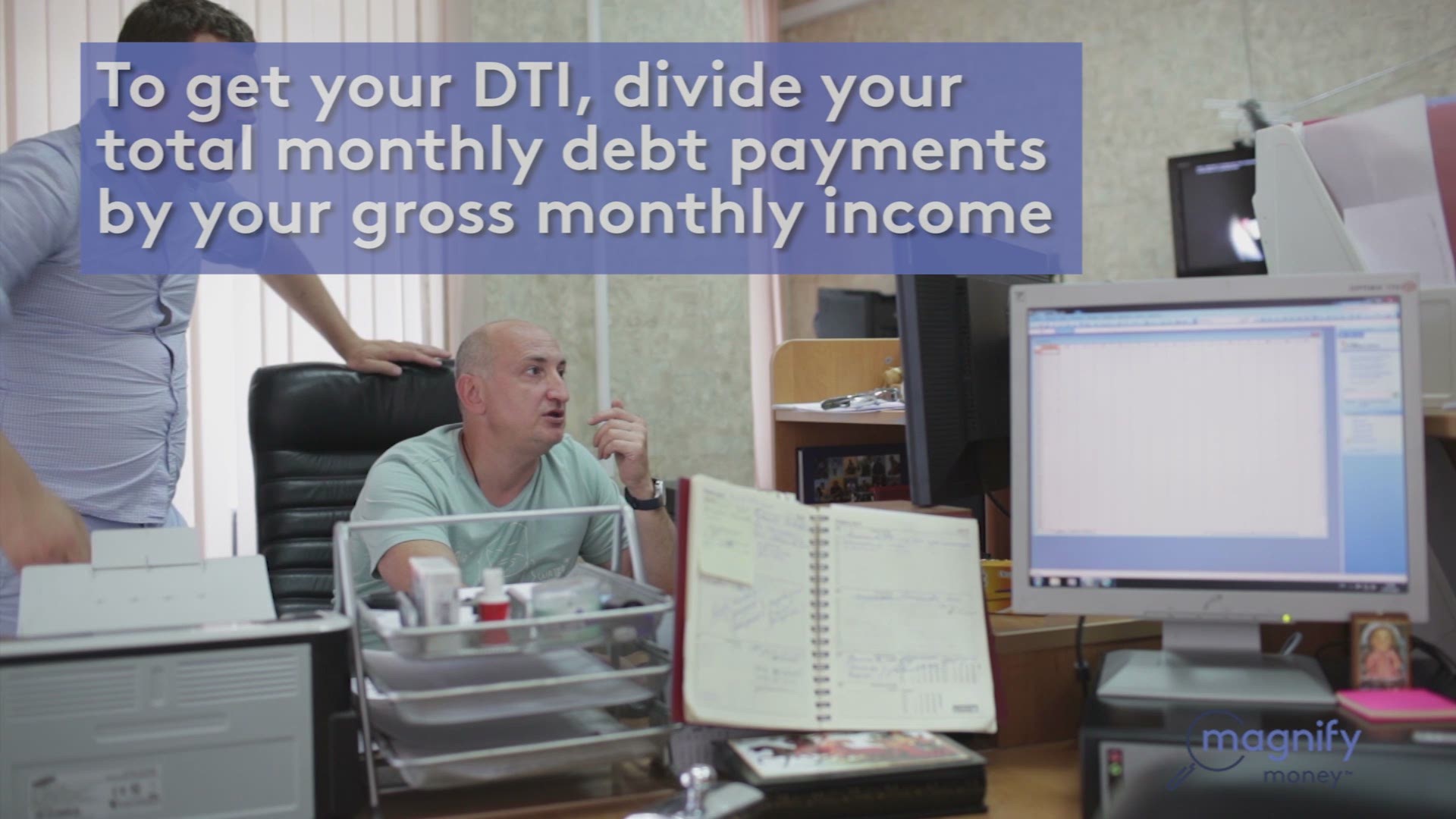 There are few things more nerve-racking for homebuyers than waiting to find out if they were approved for a mortgage loan.

Nearly 627,000 mortgage applications were denied in 2015, according to the latest data from the Federal Reserve, down slightly (-1.1%) year over year. If your mortgage application was denied, you may be naturally curious as to why you failed to pass muster with your lender.

There are many reasons you could have been denied, even if you’re extremely wealthy or have a perfect 850 credit score. We spoke with several mortgage experts to find out where prospective homebuyers are tripping up in the mortgage process.

Here are seven reasons your mortgage application could be denied:

You opened a new credit card or personal loan

Taking on new debts prior to beginning the mortgage application process is a “big no-no,” says Denver, Colo.-based loan officer Jason Kauffman. That includes every type of debt — from credit cards and personal loans to buying a car or financing furniture for your new digs.

That’s because lenders will have to factor any new debt into your debt-to-income ratio.

Your debt-to-income ratio is fairly simple to calculate: Add up all your monthly debt payments and divide that number by your monthly gross income.

A good rule of thumb is to avoid opening or applying for any new debts during the six months prior to applying for your mortgage loan, according to Larry Bettag, attorney and vice president of Cherry Creek Mortgage in Saint Charles, Ill.

For a conventional mortgage loan, lenders like to see a debt-to-income ratio below 40%. And if you’re toeing the line of 40% already, any new debts can easily nudge you over.

Rick Herrick, a loan officer at Bedford, N.H.-based Loan Originator told MagnifyMoney about a time a client opened up a Best Buy credit card in order to save 10% on his purchase just before closing on a new home. Before they were able to close his loan, they had to get a statement from Best Buy showing what his payments would be, and the store refused to do so until the first billing cycle was complete.

Your employment history is inconsistent

Most lenders prefer to see two consistent years of employment, according to Kauffman. So if you recently lost your job or started a new job for any reason during the loan process, it could hurt your chances of approval.

Changing employment during the process can be a deal killer, but Herrick says it may not be as big a deal if there is very high demand for your job in the area and you are highly likely to keep your new job or get a new one quickly. For example, if you’re an educator buying a home in an area with a shortage of educators or a brain surgeon buying a home just about anywhere, you should be OK if you’re just starting a new job.

If you have a less-portable profession and get a new job, you may need to have your new employer verify your employment with an offer letter and submit pay stubs to requalify for approval. Even then, some employers may not agree to or be able to verify your employment. Furthermore, if your salary includes bonuses, many employers won’t guarantee them.

Bettag says one of his clients found out he lost his job the day before they were due to close, when Bettag called his employer for one last check of his employment status. “He was in tears. He found out at 10 a.m. Friday, and we were supposed to close on Saturday.”

You missed a debt payment

During the loan process, any recent negative activity on your credit report, which goes back seven years, can raise concerns. The real danger zone is any activity reported within the last two years, says Bettag, which is the time period lenders play closest attention to.

That’s why he encourages loan applicants to make sure their credit reports are accurate and that old items that should have fallen off your report after seven years aren’t still appearing.

“Many things show on credit reports beyond seven years. That’s a huge issue, so we want to get dated items removed at the bureau level,” Bettag says.

For first-time homebuyers, he cautions against making any late payments six months prior to applying for a mortgage. They won’t always be a total deal-breaker, but they can obviously ding your credit, and a lower credit score can lead to a loan denial or a more expensive mortgage rate.

Existing homeowners, Bettag says, shouldn't have any late mortgage payments in the 12 months prior to applying for a new mortgage or a refinance.

“There are workarounds, but it can be as laborious as brain surgery,” says Bettag.

You accepted an unexpected monetary gift

Your lender will be on the lookout for any out-of-place deposits to your bank accounts during the approval process. Bettag advises homebuyers not to accept any large monetary gifts at least two months or longer before you apply, and to keep a paper trail if the lender has any questions.

Any cash that can’t be traced back to a verifiable source, such as an annual bonus, or a gift from a family friend, could raise red flags.

This can be tricky for homebuyers who are relying on help from family to purchase their home. If you receive a gift of money for a down payment, it has to be deemed “acceptable” by your lender. The definition of acceptable depends on the type of mortgage loan that you are applying for and the laws that govern the process in your state.

For example, Bettag says, the Federal Housing Authority doesn’t care if a borrower’s entire down payment comes as a gift when they are applying for an FHA loan. However, the gifted funds may not be eligible to use as a down payment for a conventional loan through a bank.

You moved a large amount of money around

Herrick says many borrowers make the mistake of shuffling too much cash around just before co-signing, making themselves look suspicious to bank regulators. Herrick says not to move anything more than $1,000 at a time, and none if you can help yourself.

For example, If you’re considering moving money from all of your savings accounts into one account to deliver the cashier’s check for the down payment, don’t do it. You don't need to have everything in one account for the cashier's check for your closing. You can submit multiple cashier's checks. All the lender cares about is that all of the money adds up. You may be able to simply avoid some of this hassle by arranging to pay using a wire transfer. Just be sure to schedule it in time.

If you have a credit issue already, says Bettag, overdrafting your checking account can be a deal-breaker, but it won’t cause as much of an issue if you have great credit and offer a good down payment. Still avoid overdrafting for at least two months prior to applying for the mortgage loan.

You may be the type to keep a low checking account balance in favor of saving more money. But if an unexpected bill could risk overdrafting your account, try keeping a few extra dollars in the account for padding, just in case.

Missing debts or other information on your loan application

Your loan officer should carefully review your application to make sure it’s filled out completely and accurately. Missing a zero on your income, or accidentally skipping a section, for example, could mean rejection. A small mistake could mean losing your dream home.

There’s also the chance you accidentally omitted information the underwriter caught in the more extensive screening process, like money owed to the IRS. Disclose all of your debt to your loan officer up front. Otherwise, they may not be able to help you if the debt comes up and disqualifies you for your dream home later on.

If you owe the IRS money and are in a payment plan, Bettag says your loan officer can still work with you. However, they want to see that you’ve been in a plan for at least three months and made on-time payments to move forward.

“Can you imagine not paying your IRS debt, getting into a payment plan, and then not paying on the agreed plan? Not cool for lenders to see, but we do,” says Bettag.

There is no hard and fast rule on how long before you begin the mortgage process that you should heed these warnings. It all varies, according to Bettag. If you have excellent credit and a strong income, you might be able to get away with a recently opened credit card or other discrepancies — minor faults that might totally derail the application of a person who has bad credit and inconsistent income.

Whatever the case may be, Bettag encourages prospective homebuyers to stick to one general rule: “Don’t do anything until you’ve consulted with your loan officer.”