We went to one neighborhood where this is happening, and is now pitting neighbor against neighbor. 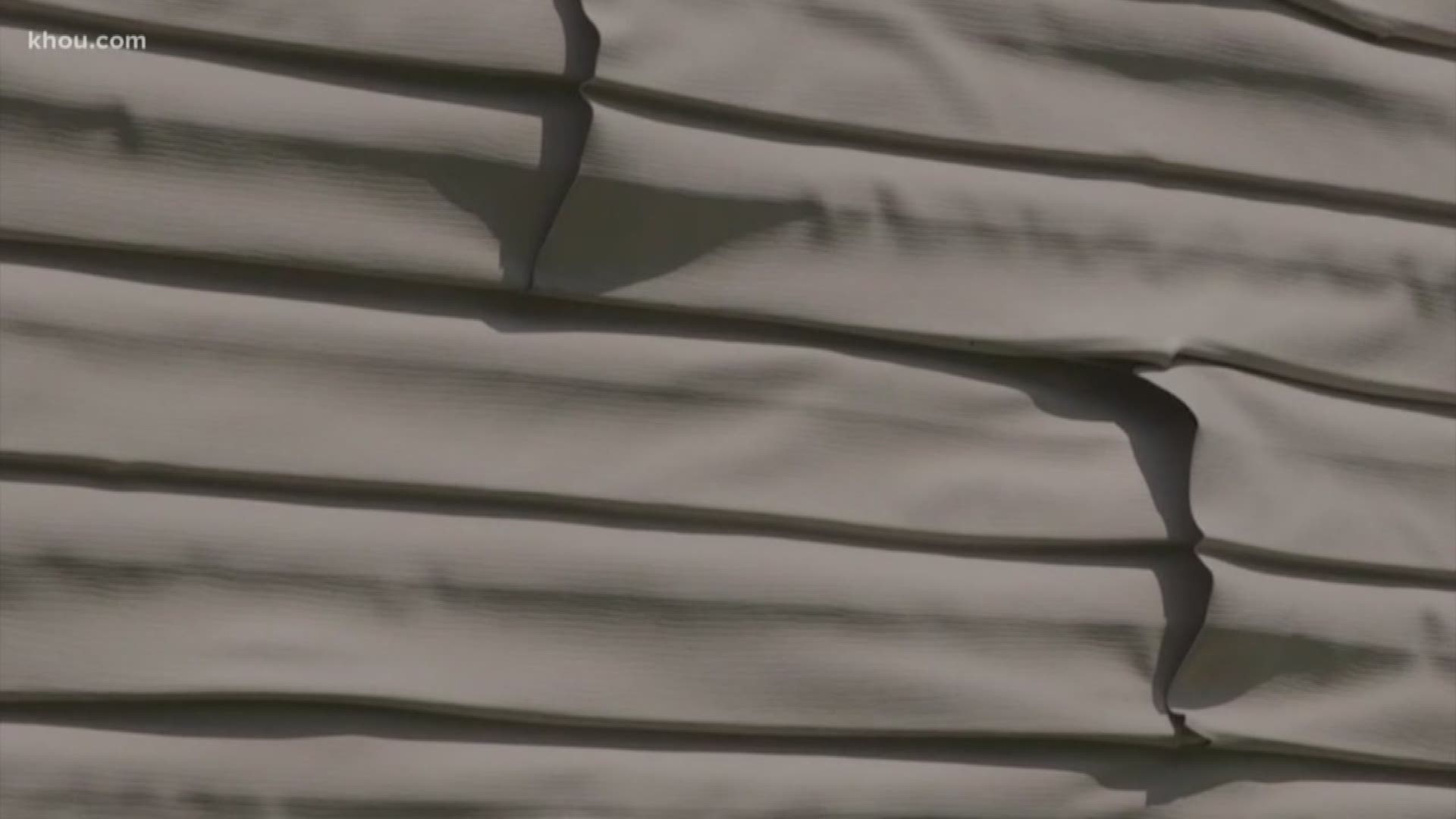 Something strange is happening in newer subdivisions across the country: vinyl siding is melting off homes. It doesn't matter if it is a $100,000 home or a $900,000 home.

We went to one neighborhood where this is happening, and is now pitting neighbor against neighbor.

Tommie and Joanne Falls say almost the entire side of their home has vinyl siding that is warped and curling.

"Literally it's melted and curled," he said.

The cause? The sun reflecting off their neighbor's high efficiency windows. That's according to inspectors with both their insurance company and the siding manufacturer, who came out to their home to investigate.

"Every single person, whether it's the insurance company, or the manufacturer, all said it was from the low E window reflecting," Joannie Falls aid.

But she says replacing it, at a cost of $5,000 or more, would solve nothing (the home is now out of warranty).

"Unfortunately no siding company will do it, because they can't warranty it until her window is fixed," she said.

This neighborhood dispute all comes down to two windows on their neighbor's home that are apparently causing the problem. But it's been dragging on for more than 6 years, and has become a nightmare for the Falls.

"We need to fix it soon or we get fined," Joannie Falls said.

But she says it is a Catch-22, because their neighborhood HOA is now threatening to fine them each month nothing happens.

She says their neighbors balked at installing new windows, leaving her in a bind. "We are cooperating and its very clear we can't do anything," she said.

The National Association of Home Builders has hundreds of complaints about this problem happening across the US, even in northern states.

The group says suggests you:

Window installer Bill O'Patterson says screens are the cheapest fix, and work in most cases.

"I think a screen is a really good resolution to the issue and it really does minimize the reflection greatly, but inside the home it's not really a big visual difference," he said.

But that's not going to happen in this case, because both parties have hired lawyers, and this may have to go to court.

"It's gotten to the point where we are stuck and can't win," Joannie Falls said.

The Falls' neighbors are not talking, and their attorney said he does not comment on pending litigation.

Meantime, their neighborhood HOA president told us the board will suspend the fines until the case goes to court, which may not be until early next year. But it still wants the Falls to reimburse the HOA for the subdivision's legal fees in this case so far.

So this legal and visual headache drags on.