Some towns across the US are using a low-cost road repair method, and residents aren't happy

With asphalt costs rising, don't be surprised if your community considers chip seal to resurface the aging roads. 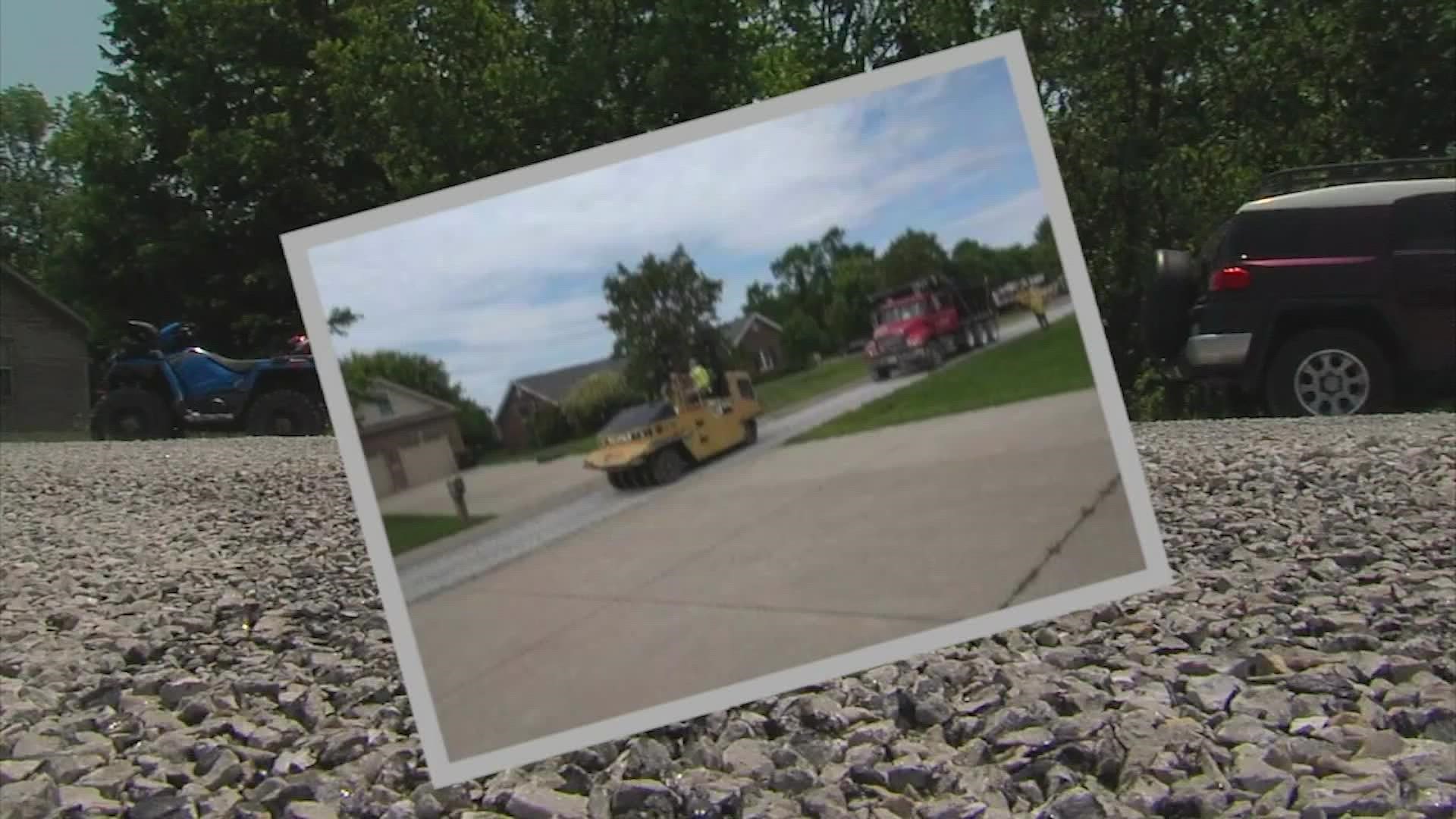 As the price of oil and other raw materials increases, communities want cheaper ways to repave their roads. Some are turning to a method involving hot tar and gravel that was popular back in the 1950s and 60s.

This method can come as a shock to homeowners, though, and some residents are upset about it.

Homeowner Jim Fanning said road crews spread a coat of tar and gravel on their smooth asphalt streets earlier in the summer.

"Now we have this mess where you can't walk your dog and the kids can't play in the street," Fanning said. "No one's happy with it."

Neighbors said this is the kind of pavement you'd encounter in rural farmland, not a suburban subdivision. Even in rural areas, bicyclists hate it due to the rougher surface.

Here, people ride bikes, push strollers and walk dogs, and no one is happy to see pets and children bringing tar into homes on the bottom of their feet.

Laura Jones said she can't walk her dog on the street because of the surface.

"He gets the tar in his paws," she said. "And you have to soak it or he gets it all over the house."

Like her neighbors, Jones can't understand why the county did this.

"If there was a budget issue, I think you could have asked anybody in the neighborhood, and we would have left the road the way it was," she said.

Dearborn County (Indiana) Engineer Todd Listerman said leaving the roads alone is not an option, because they need maintenance or they would fall apart within the next 10 years, requiring more extensive work.

Listerman said this is a proven resurfacing program called "chip seal" —  sometimes called "tar and chip" — that communities across the country are using to save tens of thousands of dollars a year in street maintenance costs.

Dearborn County has approved chip seal on dozens of area roads. Listerman, however, said the work is not complete, which explains all the loose gravel homeowners are dealing with.

He said when the final coat of sealant is spread, it will dry out to look like a regular street, at a quarter of the price of asphalt.

"Basically, when it is done it will look like an asphalt paved road," Listerman said. "It is to preserve our roads and add 15 years to the service life of our roads at a cost of 25% of hot-mix asphalt."

On average, a two-car chip seal driveway costs about $2,000, and an asphalt driveway can cost up to $10,000. Multiply that by hundreds of miles of roads, and it is obvious why many cities and counties are switching to chip seal.

However, neighbors like Larry Schwenk said if it doesn't dry solid, the county will be hearing from them.

"We're gonna have a mess," he said, "let alone a decrease in our property value."

With asphalt costs rising, don't be surprised if your community considers chip seal to resurface the aging roads.