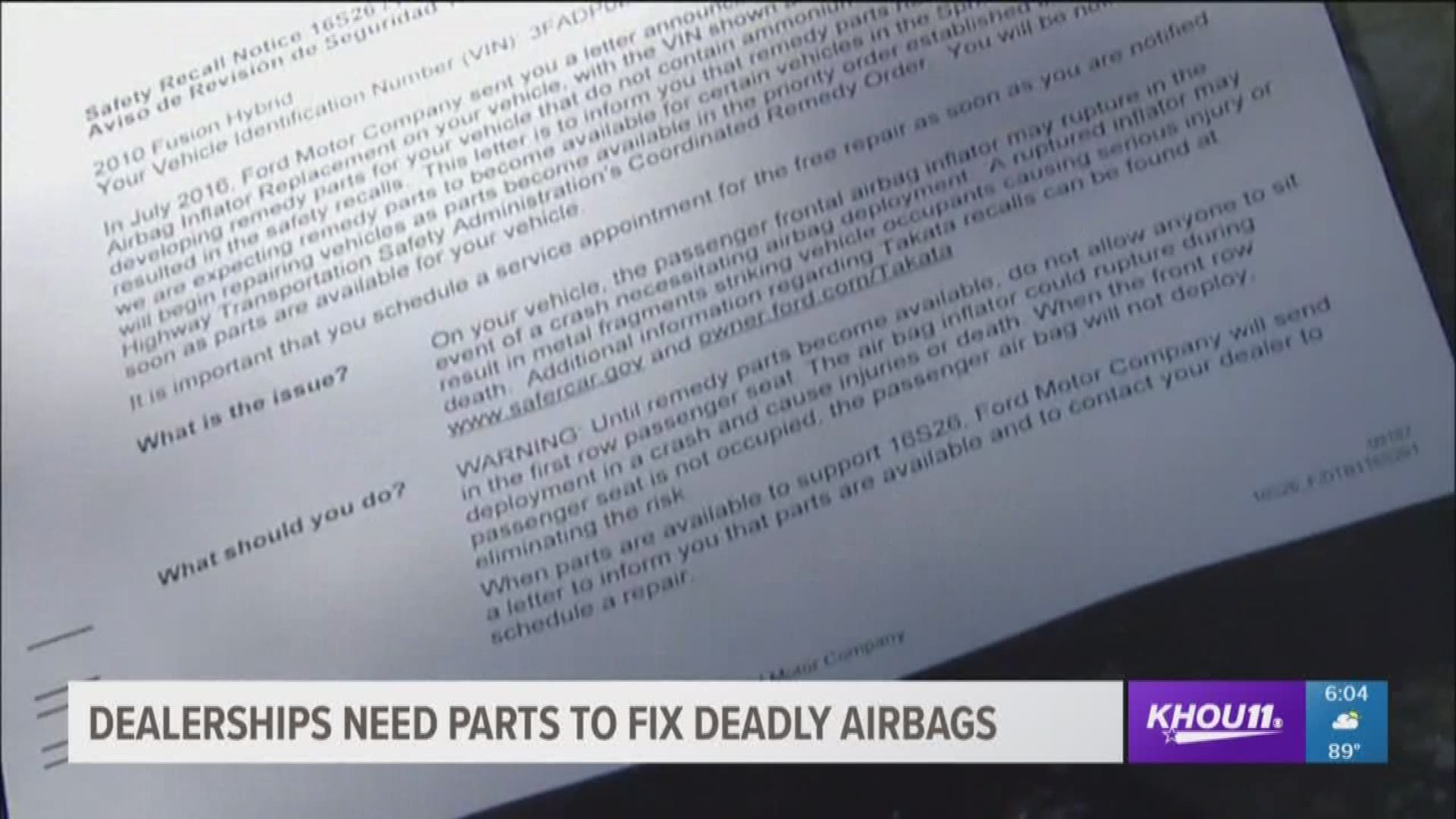 HOUSTON — Many Houston-area drivers say they have tried to get their defective Takata airbags replaced but have been turned away at the dealerships.

“I called them up, trying to get it done, but they said ‘No, it’s not available, we’ll call you when it’s available," said Channelview resident Jeff Town who owns a 2010 Ford Fusion. "So I waited, nothing. So I’ve been calling them every three months since then.”

It turns out the remedy parts needed to replace the defective airbag is not yet available from the Ford Motor Company. The same is true for several of the 17 car makers impacted by the Takata airbag recall.

A letter from Ford to Town contains a sobering warning:

"Until remedy parts are made available, do not let anyone sit in the front-row passenger seat. The airbag inflator could rupture during deployment in a crash and could cause serious injury or death.”

Town says he and his wife regularly take trips in the car and he drives as safely as possible so the airbags will not deploy.

A Fort Bend County high school student was killed in 2016 when a Takata airbag exploded upon deployment.

Shrapnel went flying when Huma Hanif, 17, was involved in a minor crash, according to Fort Bend County Sheriff's Deputies who said she should not have been injured.

NTHSA confirms more than 400,000 vehicles containing the airbags on currently on Houston-area roadways.

Car makers have until December 2019 to replace the recalled airbags in Houston, according to NTHSA.

A NTHSA spokeswoman could not say if the federal government advises drivers to discontinue operation of vehicles impacted by the recall.

She advised drivers contact their car's manufacturers for safety guidance related to the recall.

Town says Ford offered to pay him $30 a day toward a rental car if he agreed to store his car and sign a waiver that he would not drive it until the replacement parts are available and installed.

Town says he has no place to store his car and will take his chances until then.