United Airlines employees used proper protocols when a man was dragged from his seat and off a plane, and the passenger was "disruptive and belligerent," United CEO Oscar Munoz told employees in a letter issued late Monday. 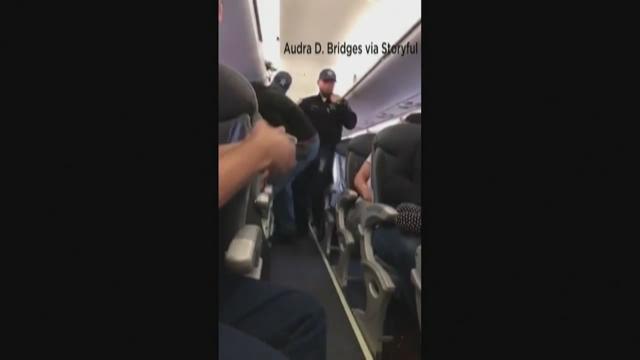 LOUISVILLE — United Airlines employees used proper protocols when a man was dragged from his seat and off a plane, and the passenger was "disruptive and belligerent," United CEO Oscar Munoz told employees in a letter issued late Monday.

Videos of the incident Sunday in Chicago went viral, bringing social media outrage down on the Chicago-based airline and prompting a public apology from Munoz. But in the letter, obtained by numerous media outlets, Munoz credited employees with following established procedures when the Louisville-bound flight was overbooked.

"This situation was unfortunately compounded when one of the passengers we politely asked to deplane refused and it became necessary to contact Chicago Aviation Security Officers to help," the letter says. "While I deeply regret this situation arose, I also emphatically stand behind all of you, and I want to commend you for continuing to go above and beyond to ensure we fly right."

Chicago aviation officials didn't quite agree, placing a security officer on leave after the incident.

“The incident on United Flight 3411 was not in accordance with our standard operating procedure and the actions of the aviation security officer are obviously not condoned by the Department," the department said in a statement.

Louisville resident Audra Bridges posted a video of the incident online Sunday evening, which shows three security officers speaking to an unidentified passenger on United Express Flight 3411 at O'Hare International Airport. One of the men grabs the passenger, who screams as he is yanked out of his seat and pulled down the aisle. That clip, as well as other videos from the flight, were posted on social media and racked up millions of views Monday as the story made national headlines.

The man pulled off the United flight is David Dao, according to a source with direct knowledge of the passenger's identity who asked to remain unnamed because they are not authorized to speak about the incident.

By Monday afternoon, Munoz had issued an apologetic statement about this "upsetting event" and the officer who dragged the man off the plane had been placed on leave.

"I apologize for having to re-accommodate these customers. Our team is moving with a sense of urgency to work with the authorities and conduct our own detailed review of what happened," Munoz said. "We are also reaching out to this passenger to talk directly to him and further address and resolve this situation."

Bridges said United offered passengers on Sunday's overbooked flight up to $800 in compensation if they agreed to take a different plane to Louisville. After they boarded the flight, Bridges said she and her fellow passengers were told that four people would be selected to leave since no one volunteered.

The man in the video was one of the four chosen, Bridges said, but he became "very upset" and said he was a doctor who needed to meet with patients the next morning. When he did not leave willingly, security officers came and he was forcibly removed from the plane.

The man managed to get back on the flight after that, Bridges said. She said his face was bloody and he seemed disoriented. Another video that was shared on social media appeared to show the same man who was dragged off the flight rushing to the back of the plane and repeatedly saying, "I have to go home."

"Everyone was shocked and appalled," Bridges told the The (Louisville) Courier-Journal in a Facebook message. "There were several children on the flight as well that were very upset."

United spokeswoman Erin Benson said four crew members needed seats on the plane so they could catch another flight in Louisville. If they weren't able to get to Louisville, Benson said there could have been a "domino effect" that impacted other customers because another United flight was in danger of being canceled.

Watkins and Aulbach write for the The (Louisville) Courier-Journal; Bacon for USA TODAY