Mavericks not in the Finals, but the team already has the Suns and Bucks beat another way

The Mavs won’t get the championship trophy, but they can boast a bigger pot of money. 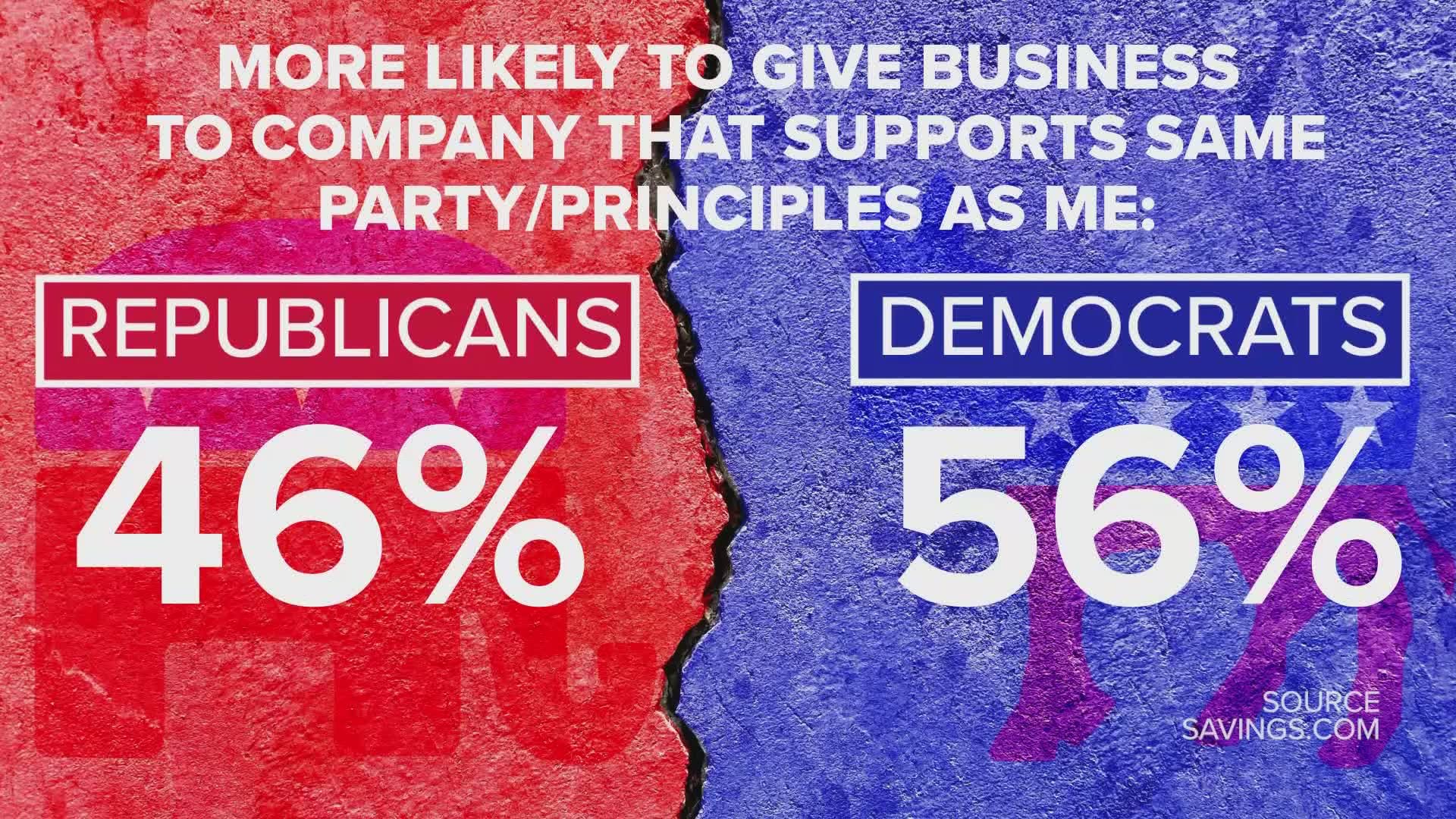 DALLAS — The special session is underway in Austin. As Texas lawmakers reconvene for 30 days, we may see Republicans push through new voting restrictions in Texas that Democrats were able to block at the end of the regular session.

When it was initially debated, some big businesses in Texas signed a letter opposing restrictions to voting access. We’ll see if those businesses, which donate heavily to lawmakers, make more noise about this now.

Whether they do or don’t, they may likely hear from consumers voting with bucks instead of ballots. Savings.com recently published a survey called "Politics’ Impact on Brands and Consumers in 2021."

It reveals that Democrats are more likely than Republicans — 49% to 39% — to stop shopping with a company that takes a political stand with which they don’t agree. It also found that Democrats were more likely than Republicans — 56% to 46% — to do more business with a company that stands up for a political principle with which they agree.

That being said, when TV ratings for last year’s NBA playoffs dipped, Republicans were much more likely than Democrats (57% to 22%) to say they weren’t watching as much because the league was too political, according to a survey by The Harris Poll.