Bob Laws, the owner of the inn, has been waiting anxiously alongside his employees and loyal customers for government officials to reopen Independence Parkway for the last six weeks. 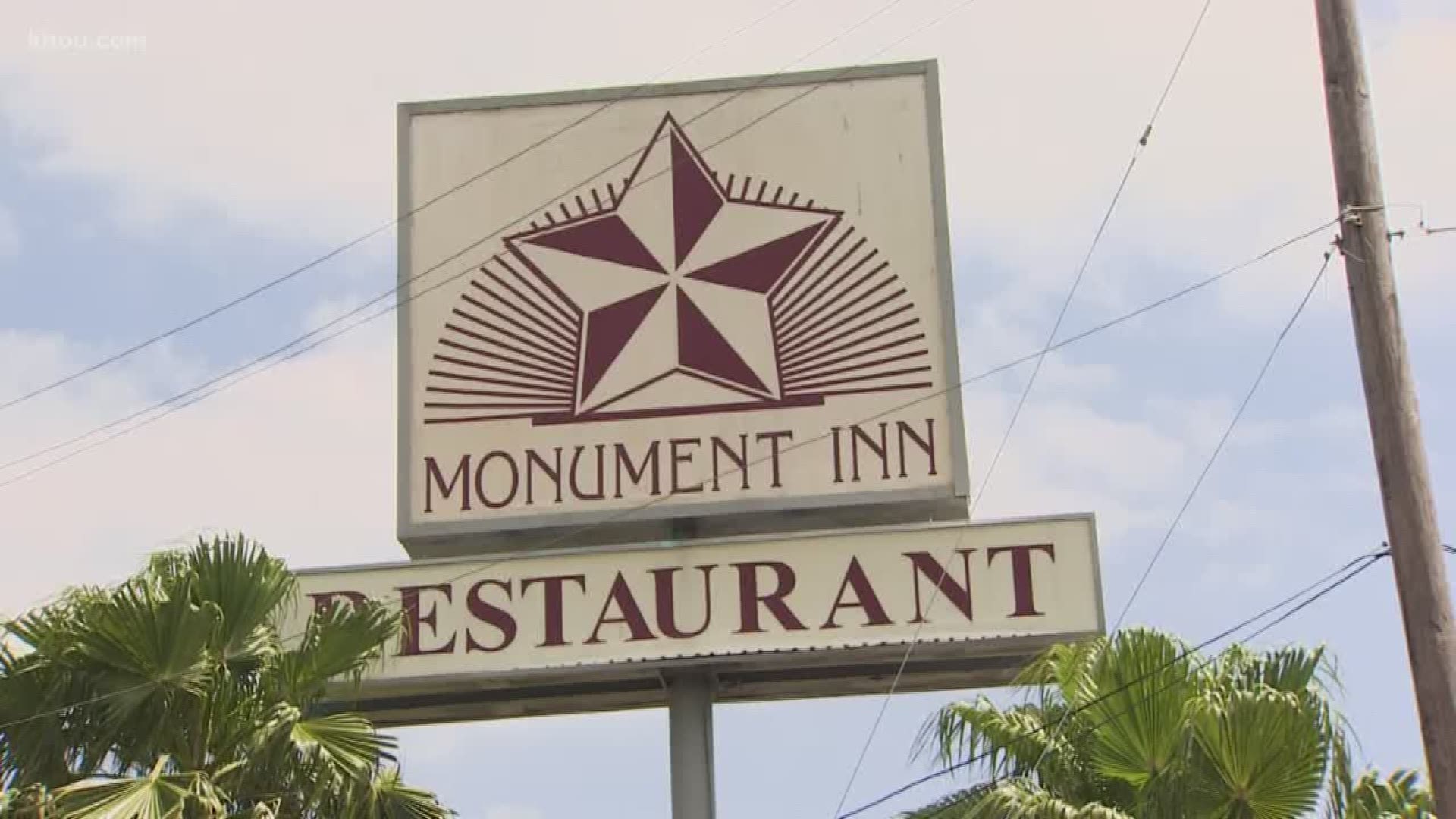 LA PORTE, Texas — Independence Parkway has reopened and so has one of the area’s most well-known businesses, The Monument Inn.

The inn had been closed for six weeks following the ITC fires.

Longtime customer Debbie summers is celebrating her birthday lunch with her family at the Monument Inn.  It's been a tradition for her and her family off-and-on for the past 40 years.

"We left home at 9:30 so we could be the first ones," said Summers who lives in Spring. "[We're] very excited. I couldn’t imagine if they’d be closed forever it’d be heartbreaking."

Bob Laws, the owner of the inn, has been waiting anxiously alongside his employees and loyal customers for government officials to reopen Independence Parkway for the last six weeks.

“It has been very physically, emotionally and mentally draining," Laws said.

Laws continued to pay his employees out of his own pocket even though the restaurant was closed.

Nadine Todd has been a server at the inn for the last five years.

"[I've] just been waiting, ready to get back to work, just waiting on the sidelines ready to come back in," Todd said.

On her drive into work today she said she sees things differently.