It's not all good news, however, as more than a million new jobless claims were filed last week 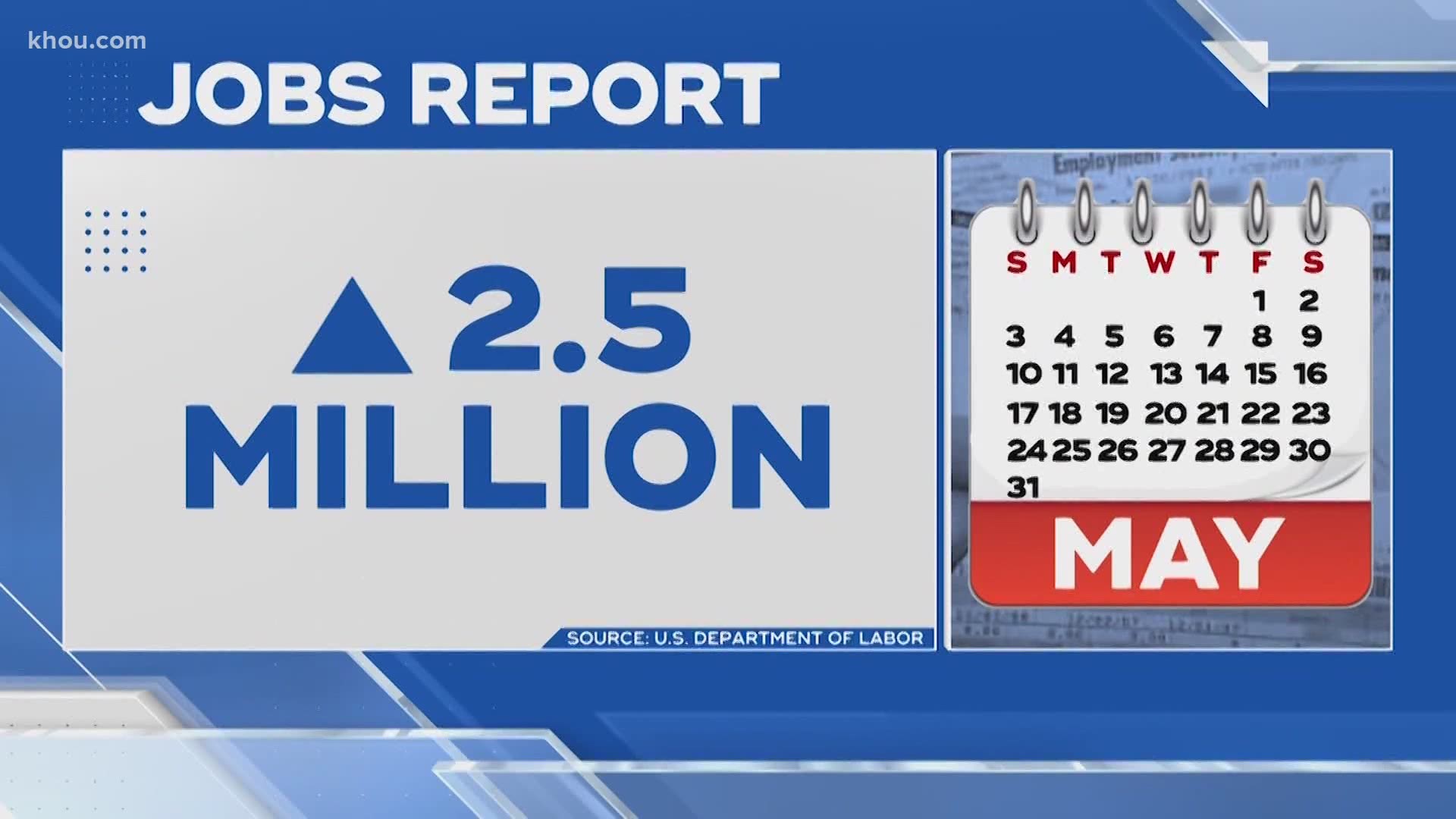 HOUSTON, Texas — Look no further than Houston shopping centers and restaurants to see how businesses are slowly getting back to normal.

And the nation’s latest jobs report serves up encouraging news.

"The ones that are most energetic about opening, they are doing tremendous business, and that's what these numbers are all about,” said President Trump during a Friday news conference.

He was speaking about the latest numbers from the U.S. Department of Labor. They show the nation’s economy rebounding after its fastest plunge in history.

That pushed the unemployment rate down from 14.7 percent to 13.3 percent.

RELATED: Find a job: Here's where to start if you're looking for work

"So while it’s great that we’ve had a gain of 2.5 million jobs, and it appears the economy is beginning to turn, it’s still going to be a lengthy process,” said Hirs.

That's especially the case for certain sectors, like African Americans, who had the highest jobless rate in more than a decade in May.

"Not the greatest news for our African American citizens,” said Carol Guess with the Greater Houston Black Chamber of Commerce.

She said a post-pandemic economy would grow even stronger if everyone was on equal footing.

"In order for that gap to close, we do need some more training in our community, we need the majority firms to take a greater interest in hiring African Americans," said Guess.  "Investing in our HBCUs, investing in community colleges, so that our community can come up to par and be in parity.”

Many experts said the next few months will be critical in knowing if the economy is truly bouncing back.